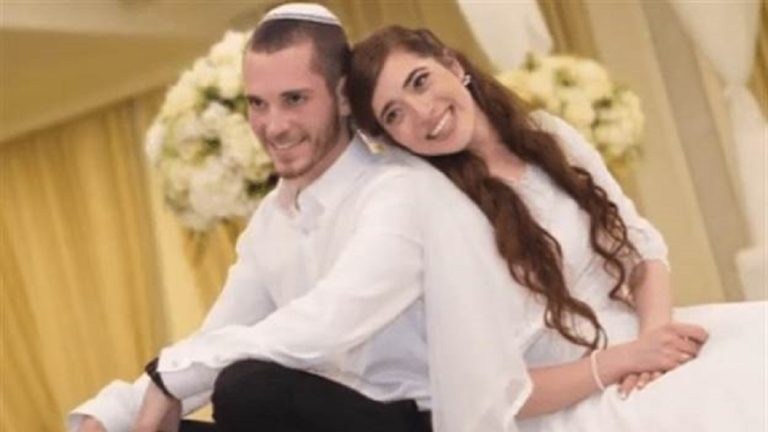 Family of couple shot by terrorists urges for prayers amid a ‘Hanukkah miracle’ that a worse tragedy was averted.

Friends and family of Amichai Ish-Ran and his pregnant wife Shira (21), shot by an Arab terrorist outside of Ofra on the last night of Hanukkah, have asked for prayers to be said for their recovery while thanking God that a greater tragedy was avoided.

The drive-by gun attack on Sunday night at a bus stop outside the town of Ofra 20 km north of Jerusalem, left 9 people wounded including Amichai, and his wife Shira who was in her 30th week of pregnancy with their first child. The couple was married just nine months ago. A Palestinian car driving on the busy highway stopped next to the bus stop and fired at the group of pedestrians before fleeing the scene.

The couple was rushed to the Shaarei Zedek Hospital in Jerusalem where Shira underwent an emergency caesarian operation delivering the baby boy.

In an emotional statement to reporters at the hospital, Shira’s father Chaim Silberstein said his daughter had been shot in the lower abdomen and lost a lot of blood, but had woken up from a coma Monday afternoon and remained in a critical condition. “We were able to see her for a few minutes,” he said, “She opened her eye halfway, and started to cry when she saw us.” He also told press his son-in-law, Amichai, had been shot three times in the leg and was recovering but that his newly born grandchild was very much fighting for his life.

The head of emergency medicine at Shaare Zedek, Dr. Alon Schwartz, confirmed the baby was in a medically induced coma, and that doctors believe he sustained a brain injury in the attack due to the loss of blood sustained from the shooting. 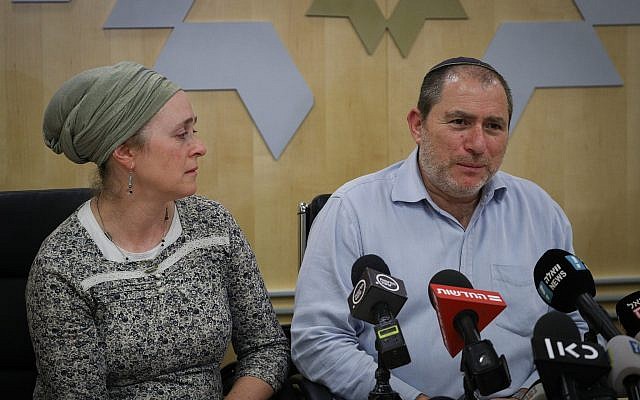 “We ask for everyone to pray for our daughter, Shira Yael bat Liora Sara, and for her baby who is especially in need of prayer: Rach Hanolad ben Shira Yael,” Chaim Silberstein said standing alongside Shira’s mother Leora. “We want to thank the incredible medical team at Shaarei Zedek and the entire Jewish people for praying for their well-being. Please continue praying.”

Despite the nightmare scenario, Shira’s mother noted to her astonishment there had been no fatalities. “So many miracles took place. So many bullets were fired at a large group of people crowded together.”

Chaim Silberstein added: “Our daughter was hit by a bullet in her lower abdomen. Miraculously, the bullet exited without causing irreparable damage through her pelvis, without breaking it.” Adding, “She lost a tremendous amount of blood, and received 12 transfusions, her life was, quite simply, saved here by the medical staff. We are grateful that their lives were saved in a Hanukkah miracle.”

Community members in the town of Ofra also pointed out that a community Hanukkah event held at the site of the shooting just an hour earlier could have seen huge numbers of wounded and killed in the attack.

Ofra resident Shmuel Katz (24) told Aish.com, “All of the children of Ofra, hundreds of youth were there - we had literally just got the kids home when we heard about the attack.”

The father of two added: “We are in shock here - the entire community had just returned from a community candle lighting ceremony right where the shooting took place.”

Soldiers and medics who had been there to support the community event were still on site and administered some treatment on the scene and helped to rush the wounded to hospital.

Katz, a father of two, said the community was united in the aftermath of the attack with the rabbi of Ofra, Avi Gifter, immediately giving calming and uplifting words to the community’s youth groups who were clearly shaken up.

“Although Ofra is a diverse community it is very united,” he said. “We get together as an entire community twice a year, once for Yom Haatzmaut (Israeli Independence Day) and once for Hanukkah which is what he had just been doing. It’s precisely this coming together which strengthens us the most and it is that unity which will get us through this as well.”

Please pray for Amichai and Shira:

With a heavy heart we regret to inform Aish.com readers that the baby has died.

"With great sorrow we announce the death of Shira and Amichai's newborn four days after the attack despite the efforts of doctors at the neonatal intensive care unit to save him," a spokesperson for Shaare Zedek Hospital said.

Our thoughts and prayers are with the family. Please continue to pray for Shira and Amichai's full recovery.

The Tragic Death of Daniel Tragerman

Israeli Army Vignettes
Deep Breaths
What Happened to the Truth?
The Japanese Everything Bagel Spice Recipe
Comments
MOST POPULAR IN Israel
Our privacy policy