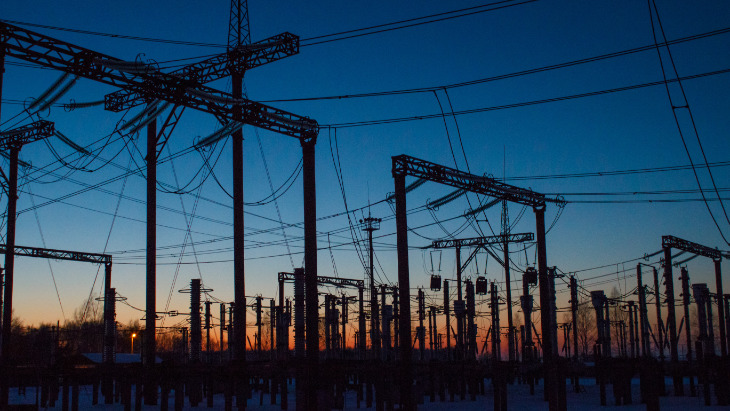 The summer blackouts have arrived.

There was a blackout in our neighborhood the other day and our Whatsapp chat was at the forefront of the response. First came all the initial query: “Did you lose power?” followed by a non-quite unending response of yeses, simultaneously making me feel relieved that I wasn’t alone and glad that I had muted the sound on the chat!

The comments continued. “Now you know summer’s here” (seemingly reflecting the fact that it’s after 90 degree temperatures the grid is frequently overloaded and there is a breakdown), “How much is a generator?” (Apparently at least $10,000) and, most useful of all, advice on how to contact the electric company and notify them of the outage. Neighborhood chats are the best source of information about local happenings, businesses, about…well…the neighborhood.

But the best comment of all, the one that really got me thinking about something other than how long the power would be out and when would I be able to get on the treadmill was the one word comment from my lovely neighbor down the street: “Powerless.”

I assume she meant it as a joke – and as a bit of a pointed reminder, a bit of a jab. Everything we experience is an opportunity to learn and to grow. I was actually stopped in my tracks by her comment. Because even though I know I’m not in control, I wasn’t focused on it at that moment. I was thinking about the inconvenience. I was wondering how long it was going to last. I was contemplating how many times in the summer I could expect this to happen. I didn’t see the opportunity right in front of my eyes.

Sometimes the Almighty has to hit us hard to make His point, sometimes we are just obtuse or too habituated to certain behaviors to recognize the need for change. In this case, I appreciated that it wasn’t a very difficult challenge (the power was only off for about 2-1/2 hours) but the lesson, encapsulated in that simple one-word comment has lingered.

We are all powerless. The Almighty is in control. He’s running the show. We are in His hands. It’s freeing, it’s comforting, it’s reality.

Of course I knew this but like I said, I was distracted. And aren’t we all? I am so busy, trying to get everything done, trying to make everything happen that I may fall victim to the illusion that I am powerful. Look at me go!

But my Whatsapp chat pulled me up short. “Powerless.” It’s all a gift. Whatever I do, whatever I accomplish, is all because the Almighty gives me strength, because He wills it.

The electricity may have been out but the Power was still on.

Eavesdropping on the Subway

Hope is in the Air
It Takes A Lot Of Faith To Be An Atheist
How Instagram Brought Back This Nostalgic Soup
What Makes Eli Run?
Comments