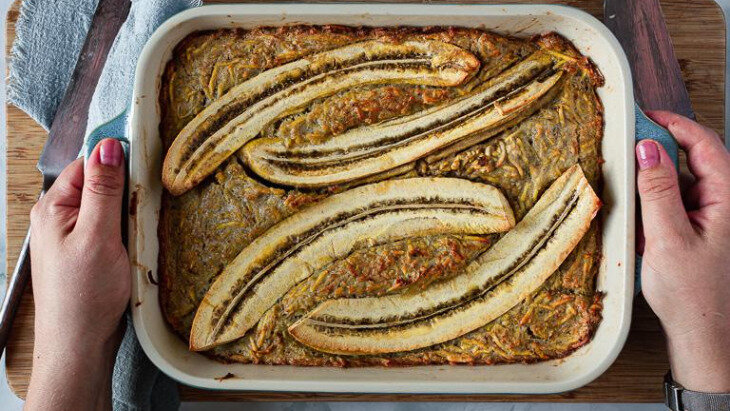 A Caribbean adaptation of the classic Ashkenazi potato kugel.

Plantain kugel is a Caribbean adaptation of the classic Ashkenazi potato kugel. The perfect mix of sweet and savory, this plantain recipe is the perfect marriage of cultures!

The inspiration for this recipe hails from Colombia, where plantains are a prominent staple of the local diet. But plantains, which look like large bananas, come in a variety of shapes, colors and therefore, preparations.

In Bogota, where my husband is from, ripe plantains are usually fried in oil and served when they are glistening brown and as soft as a banana. The dish is called platanos maduros, Spanish for “ripe plantains”, because you don’t need to embellish when something tastes that good.

The majority of Colombia’s small Jewish population today lives in Bogota, and is largely Ashkenazi. Sephardic Jews first began settling in Colombia in the 16th century, escaping the Inquisition in Spain, and they mostly made their homes further towards the Caribbean coast in Colombia.

It is there - in Cali, Barranquilla and even Medellin - that Jews truly embraced plantains. Cali especially is home to a small Jewish minority - and a surprising growing population of Jewish converts.

In coastal Colombian communities, plantains are cooked in a myriad of ways - and green, or young plantains, are especially prominent. They are usually fried twice and smashed into a dish called patacones (similar to Mexican tostones). You can read more about Colombia’s Jewish community and its cuisine in our Encanto-inspired piece.

In this plantain kugel recipe, I took a classic Joan Nathan kugel recipe, and adapted it to encapsulate the flavor of the green plantains that I learned to love in my husband’s family dishes.

The ideal plantains to use in this kugel are light yellow. They should have a bit of give when you press on them, more similarly to a banana. Fully yellow plantains with a bit of brown are also fine to use. If the plantain is collapsing on itself and is yellow-black, it’s more appropriate for making platanos maduros or being cooked in coconut milk.

Another change from Joan Nathan’s classic potato kugel is that I recommend using coconut oil in your plantain kugel. This healthy fat, which looks white at room temperature but becomes transparent when heated, will give the dish a more Caribbean flavor. You can, of course, use olive oil or vegetable oil as well.

So for your Rosh Hashanah table this year, I suggest you take a trip to the Jewish community of Colombia, and take a page from their recipe book in making this plantain kugel. Served with a side of lime-tinged sour cream, or traditional Colombian aji sauce, this Caribbean kugel is bound to become a new favorite.

Ksenia was born in the Former Soviet Union, grew up in Israel, and now makes her home in Montreal, Canada. She spends her days cooking, writing, and photographing food for her blog—immigrantstable.com—and hosting interactive cooking workshops. Her passion is for bringing people together through food— and for traveling the world in search of new inspiration. Her cooking and writing are a mélange of cultures and traditions that somehow turn out well. Ksenia and her work can be found on Facebook, Instagram, Twitter, and Pinterest—all under @immigrantstable. 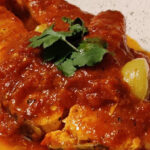 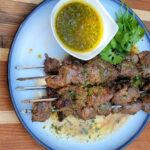 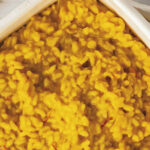 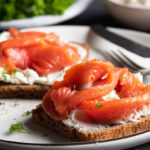 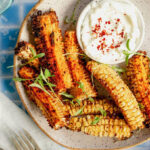 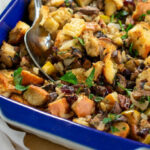