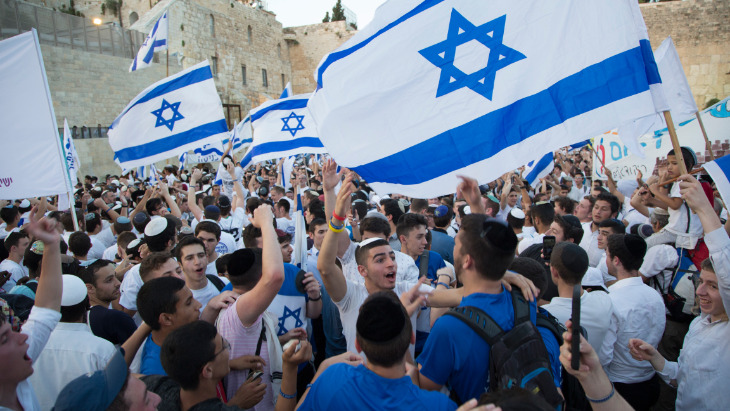 Celebrating Yom Ha’Atzmaut, Israeli Independence Day, is a totally experience. YThe celebrations – barbeques, fireworks shows, military air shows – are first accompanied by Yom HaZikaron, Israel’s Memorial Day. Unlike other countries, Israel celebrates one right after the next. Before the festivities, the country first experiences national mourning, remembering the holy Jews who died protecting the land of Israel in the IDF, as well as the Jews who were murdered in terrorist attacks in our homeland.

These two days are intrinsically linked; we cannot celebrate the freedom that we have earned, returning to our homeland after centuries of exile, without being real with the cost. Going from a day of mourning, where a siren blares across the nation to mark a moment of silence, to a day where the streets are filled with celebration is a very Israeli experience that highlights a facet of the Jewish people’s resilience. The Jews have been persecuted throughout history, but have clung to the Jewish identity, staying strong and proud as they fight to fulfill their destiny.

I hope you enjoy these photos, captured over the two days. 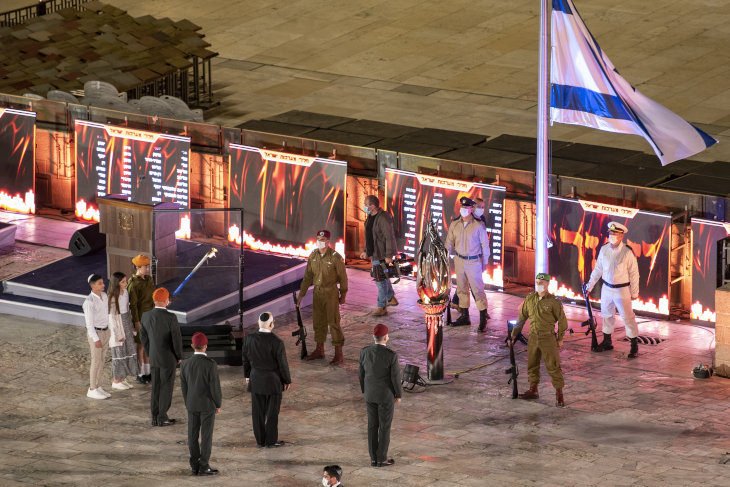 The Memorial Flame is light at the Western Wall with President Reuven Rivlin, surrounded by soldiers from all branches of the Israel Defence Forces standing guard. 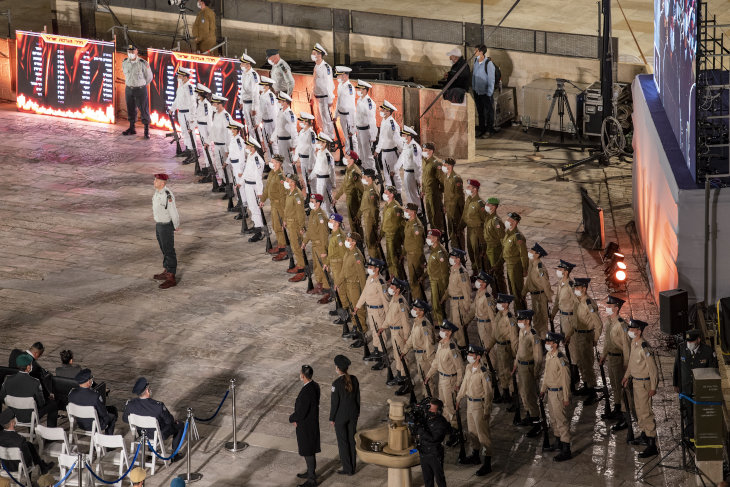 Members of the Air Force, Ground Forces, and Navy, the three branches of the IDF, stand at attention during the Memorial Day service at the Western Wall. 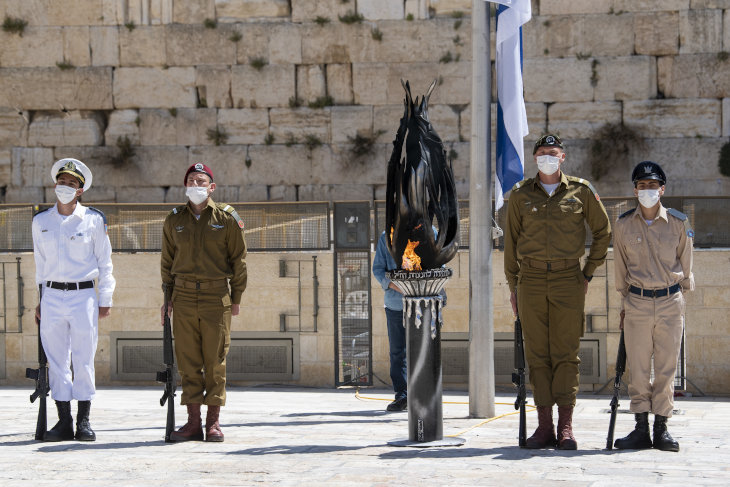 The Memorial Flame stands at the Western Wall for 24 hours and is guarded by members of the 3 branches of the IDF. Soldiers rotate the guard duty every 15 minutes. 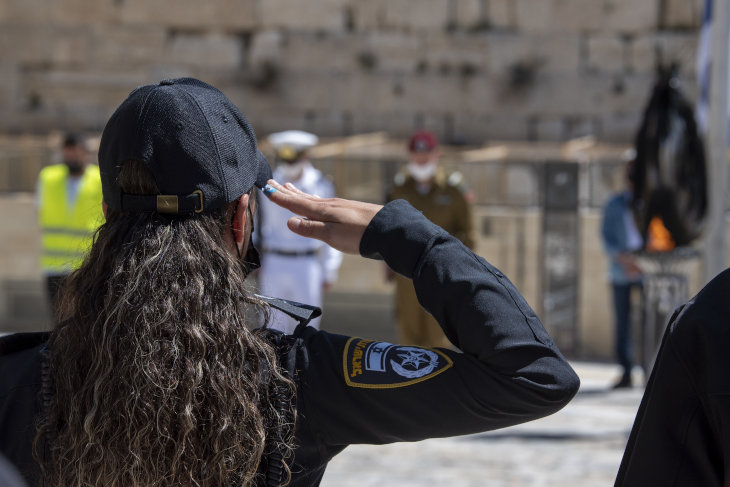 At 11:00 am on Memorial Day a siren blares for 1 minute, a moment of silence across the country. At the Western Wall members of the Israeli Police join IDF soldiers to remember the fallen. 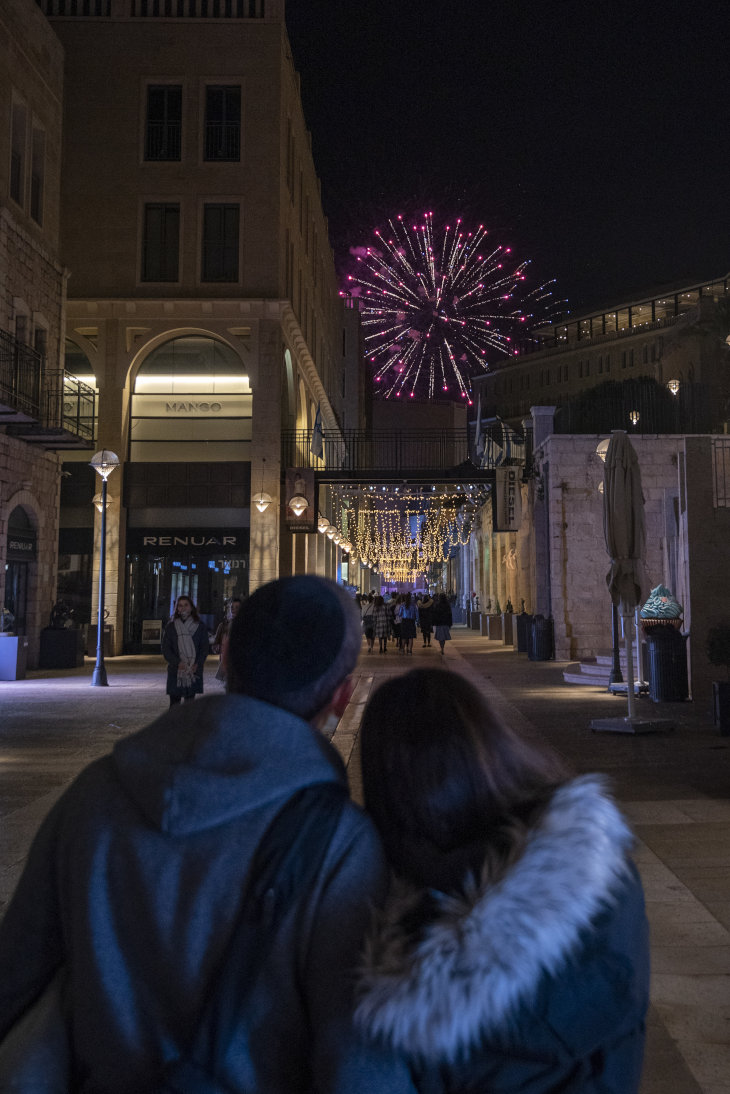 As Israeli Independence Day begins a fireworks display lights up the sky over Jerusalem. The show can be seen from many locations across the city, including the iconic Mamilla Mall. 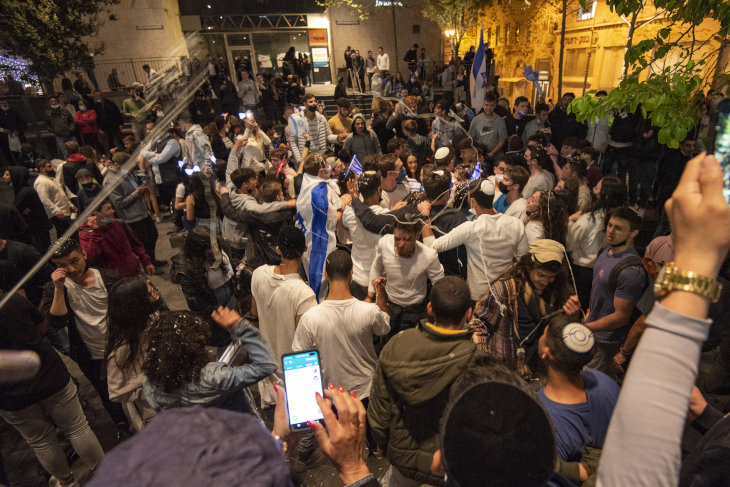 Singing, dancing and silly string found in abundance on Ben Yehuda Street, the Machane Yehuda Shuk, and in many other parts of Jerusalem. 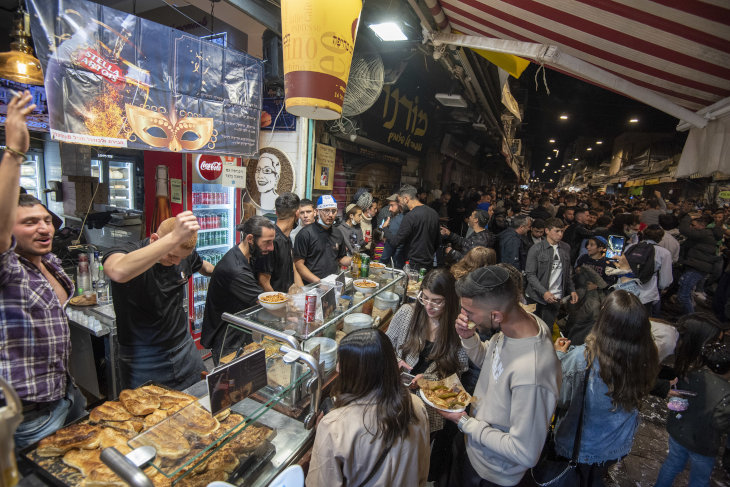 In the Machane Yehuda Shuk some restaurants and stores stay open on Independence Day, but that doesn’t stop the employees from joining in on the celebrations. 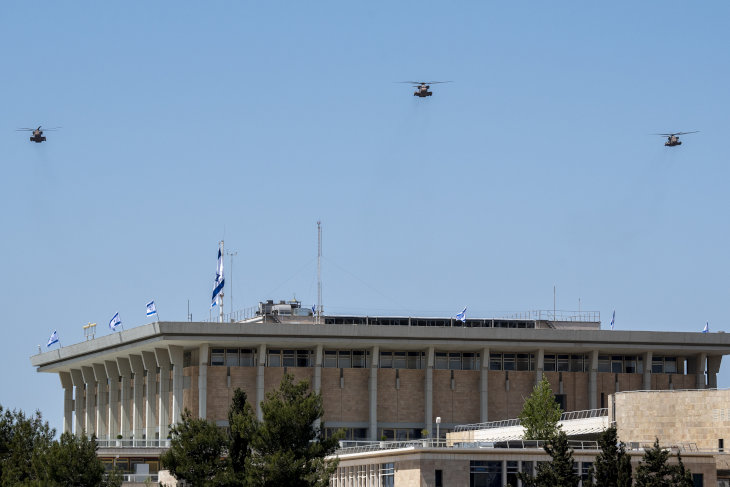 A group of “Yas’ur” CH-53 helicopters from the Israeli Navy fly over the Knesset during the Independence Day Air Show. 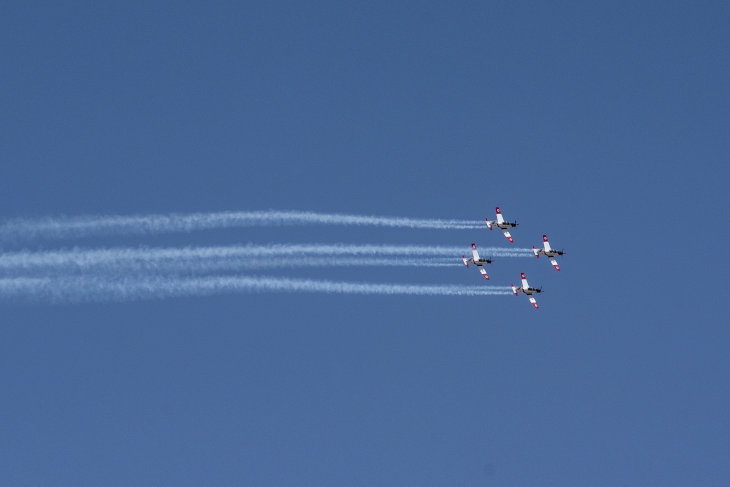 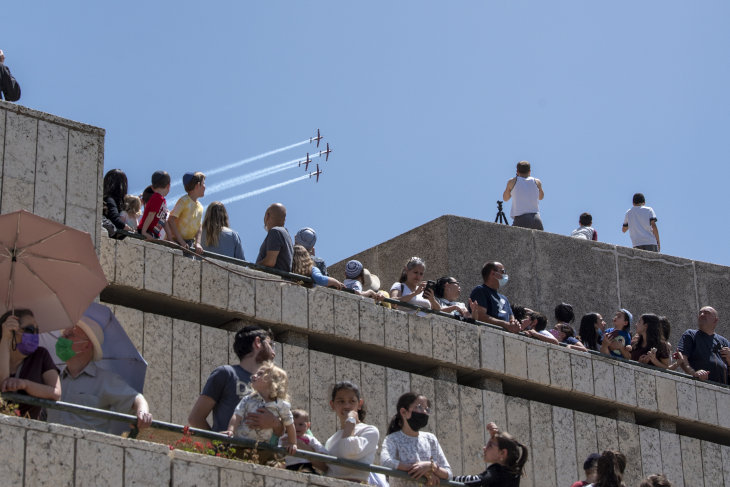 The air show is taken in by crowds on balconies, rooftops, and on the streets all around Jerusalem. 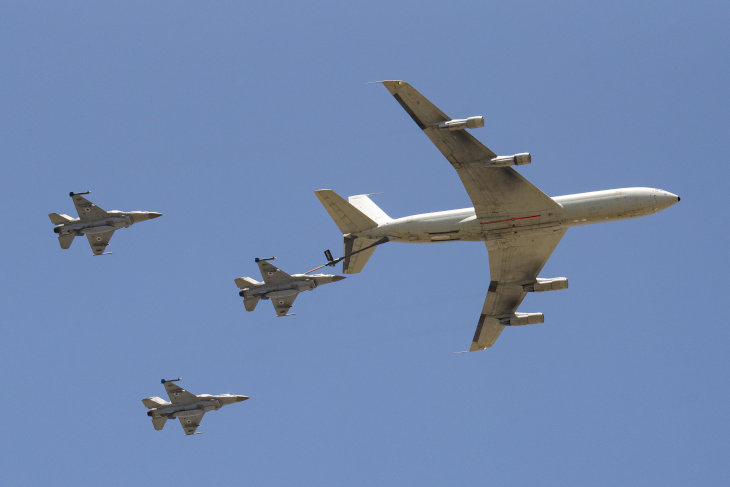 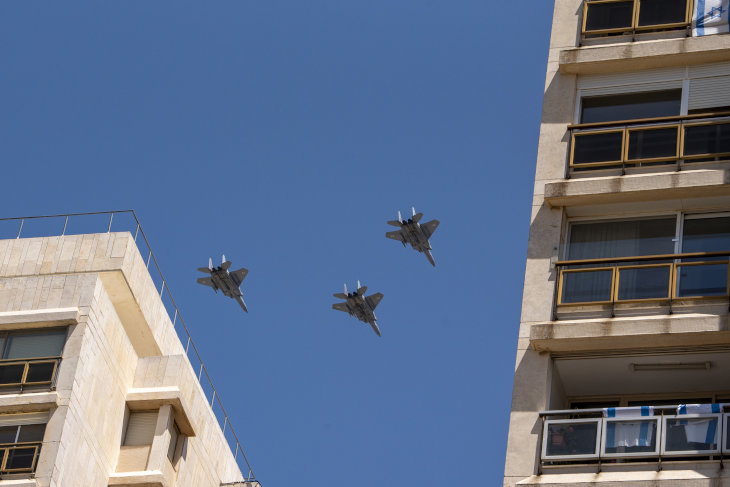 Meron: The Tragedy of Them – No, Us
Seeing Without Eyes
Why Shouldn’t We Eat Whatever We Want?
The Power Of Prayer
Comments
MOST POPULAR IN Israel
Our privacy policy
Aish.com Is Looking for Great Writers