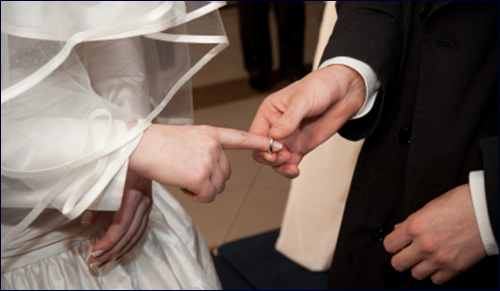 According to the recent Pew study, 53% of Jews who recently married another Jew are orthodox.

Pew Research recently released a study of American Jewry that has drawn much comment in all sectors of the Jewish world. ‘’An America without Jews will be a poorer place,’’ writes one columnist who thought Pew suggested we are disappearing. The Pew numbers, in fact, say the Jewish community is growing, albeit more slowly than the American population is growing. He misunderstood the numbers.

“Orthodox outreach has been a great waste of money,’’ wrote another, commenting that only 4% of adult conservative Jews now identify as being orthodox. He also misunderstood the numbers.

Are funders of Jewish outreach really wasting their money on such efforts? Pew's data gives us an answer. How many people does ‘’4% of Jews of the conservative movement” represent? 36,000 Jewish people from the conservative movement now identify as orthodox. That’s a lot of people. And according to numbers from Pew, many tens of thousands of Jewish adults in the United States who were not raised orthodox now identify themselves as being orthodox. Supporters of outreach may feel they indeed are getting a good return on their investment. (1)

Data itself is neutral. When you have a question, you can use data to get meaningful answers. After reading so many skewed articles that misinterpreted the data, I decided to spend some time asking some of my own questions and crunch a few numbers. The results were rather surprising.

A recent New York Federation survey of the local Jewish community, found nearly 300,000 adults who said they are orthodox. An astounding 12% said they grew up in homes that were reform, conservative and most often ‘’just not religious.’’ That is 36,000 Jewish returnees in New York’s five boroughs and Long Island alone. Pinning down a precise number for the entire country is doable for someone analyzing the Pew data. I was surprised by this high number.

Pew tells us that the most vibrant sector of Jewish life in America is what I will call, the ‘’two-Jew family” – namely a man and a woman who both say they are Jewish and marry each other. Such unions, whether they are reform, orthodox or conservative, or even not religious, are the bedrock of American Jewish life.

Jews married to Jews are four times more likely to join a Jewish synagogue of any type. They are twice as likely to give money to Jewish causes. They are also more likely to raise their children as Jews; 96% say they will try.

Among Jews married to Jews, their children are nearly four times more likely to marry other Jews than the children of the intermarried.

No matter what your priorities, whether it garnering support for Israel, encouraging people to give to their local federation, or strengthening Jewish commitment and observance, it is the ‘’two-Jew” family that best supports your goals. Creating such unions is in the interest of the American Jewish community.

Before we continue, a caveat. Without a doubt, there are intermarried Jewish people, Jewish single parent and single Jews who make great and important contributions to our people. We must recognize and include all Jews. I have met a great Rabbi who influenced thousands; his own father died when he was a young child, and his single mother imbued him with courage and commitment to be a leader.

My teacher, Rabbi Noah Weinberg, of blessed memory, often said that one of the most influential people in the Jewish world this past century was a divorced woman in Poland named Sarah Schnierer, the founder of the Bais Yaakov school system. I have also met intermarried people who later in life came to appreciate the relevance and beauty of living a Jewish life, but they have a spouse, kids and a life that cannot change easily. Many of these people are significant contributors to building the Jewish nation. If we don’t include all Jewish people, we are betraying our mission.

Having said that, a Jewish community can still seek to foster certain behaviors and commitments for the good of the nation. Encouraging Jews to marry Jews is among those policies.

How are we doing in this important challenge?

The numbers are startling and reflect a very different makeup of the Jewish people that exists right now. Any Jewish organization that seeks out the newly married should realize that over half of the in-married in this group identify as orthodox.

How can such a small sector of the Jewish people provide so much of our committed families?

One is the large number of Jews marrying out.

Secondly, the Torah observant community strongly encourages the young to marry, and to marry Jewish, at least more than the alternatives in Jewish life today.

Children, Jewish children, support for Israel, support for local federations, commitment to the general Jewish community all flow in great torrents from the two-Jew family. When over half the people entering into these relationships are orthodox, it changes the Jewish community right now. This is changing the demographics of the Jewish people, today, not just a generation from now.

Commitment to a Jewish spouse is strongly correlated to synagogue membership. In-married couples are four times more likely to join a shul than the intermarried, says the Pew Survey.

The orthodox community has a fertility rate more than double the general Jewish population. Among the Jewish intermarried, 37% are raised in another religion, primarily Christianity. The Jewish Daily Forward reports that the latest trend across the USA is for orthodox schools overflowing with children to rent underutilized facilities at reform and conservative synagogues.

It is very possible that a majority of Jewish children being born in 2013, and being raised Jewish without the mixture of another religion, are now being born in orthodox homes.

Understanding the Pew data can lead to intelligent decision making and planning on a communal level.

A final word. Jewish tradition teaches that it is dangerous to reduce people to numbers. I felt that very clearly in studying the survey data. In the sea of all the data it, is all too easy to forget that every number represents real people, real families, where each member is precious beyond description. No one would say, “Well two of my three children are happy. I’m doing pretty well at 67%.” Each member of our family is a jewel of eternal worth.

The entire Jewish people are our family. For those who care about the Jewish People, now is the time to act.

‘’The intermarriage rate, a bellwether statistic, has reached a high of 58 percent for all Jews and 71 percent for non-orthodox Jews, a huge change from before 1970….’’

An Open Letter to Chelsea

Seeking God in New Orleans
Morality and Abortion: Three Views
There Are No Limits
Adam and Eve Were Vegan
Comments