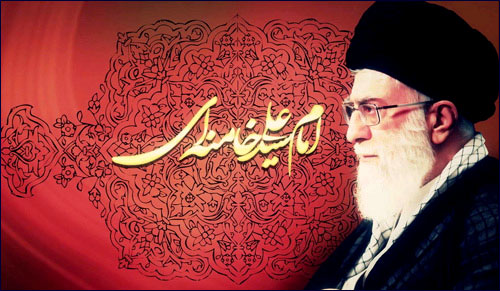 With the Iran nuclear deal, we must not let history repeat itself.

With the signing of the Iran nuclear deal, I cannot sleep.

I think of the Purim story, where the ruler of the world, King Achashverosh, granted Haman the Persian madman permission to destroy every Jewish man, women and child.

Imagine how the Jews must have felt on the day of that fateful decree. Abandoned, alone and afraid.

This deal enables a Persian madman to destroy the Jews.

Now in our own lifetime, the nations of the world have signed a document that does nothing to disavow – and arguably enhances – the ability of another Persian madman to fulfill his vow of destroying every man, women and child in the Jewish State.

For starters, much of Iran's $200 billion jackpot will likely go straight into the hands of its terror proxies Hezbollah, Hamas, and Assad's Syria.

Moreover, this deal is predicated on the hope that the fanatical Ayatollahs will abandon their jihadist mission of global Islamic domination, choosing instead the Western path of tolerance and conciliation. Hard to believe, given that just days ago in Tehran – under the watchful eye of Iran's President – a fanatical mob burned American and Israeli flags, while chanting: "Death to America! Death to Israel!" 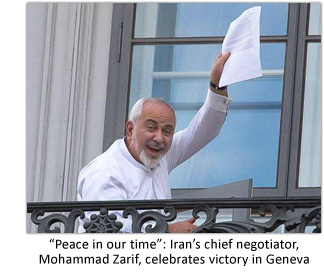 Iran and its cohorts are celebrating this deal (Syrian dictator Assad hailed the "great victory") which shifts the Mideast balance of power
from freedom-loving elements to tyrannical, violent jihadists.

For this alone the world should mourn.

In 1944, when Hungarian Jews were being gassed at a rate of 12,000 a day, the U.S. could have bombed the railroad tracks leading to Auschwitz, which would have effectively stopped the killings. But they failed to act.

How did humanity – America, in particular – stand back and allow the Holocaust to happen?

When I visited Auschwitz with Rabbi Noah Weinberg zt"l, and pondered the network of train tracks stretching in every direction from Norway to Greece, I asked him: Why did the Allies do nothing to stop it?

Abandonment of the Jews was a consequence they were willing to live with.

Matter-of-factly, he answered: In calculating their choices, the abandonment of 6 million Jews was a consequence they were willing to live with.

What will be our response today?

Seventy years ago, might not things have been different had there been a coast-to-coast American outcry demanding that Congress and the White House stand against genocidal aggression?

Were he alive today, I imagine Rabbi Weinberg would advise: Use the connected power of the Internet to raise our collective voice and stop this atrocious deal.

In fact, a mass rally is scheduled for Wed. July 22 in Times Square, New York City.

And there are a number of good online initiatives: 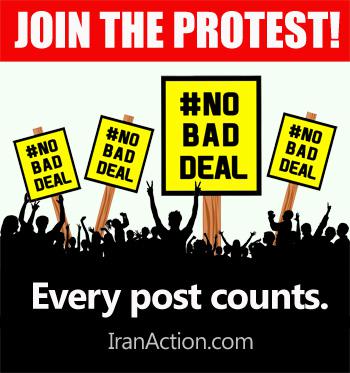 • IranAction.com is an information and activism hub, centered on the hashtag campaign: #NoBadDeal.

• Clarion Project's excellent and eclectic 7-part film series calls on humanity to "stand on the right side of history."

• The Israel Project produces hundreds of social media shareables, coupled with the campaign, No Bomb for Iran.

Even as it was happening, the world was willing to look away from the Holocaust, thinking that it nothing to do them. All told, 60 million people paid with their lives, and humanity's delay in confronting evil was a source of collective guilt for decades.

This time, we need to write a different outcome.

What path will we choose? The difficult path of raising our voice and fighting the injustice? Or the easy path of kicking the can down the road and checking our latest tweets?

This is not a parochial issue of the left or right, of Jews or Christians. This is not a demand to support Israeli interests over American interests. Nor is it simply the most critical security issue today.

Stopping nuclear Iran is the prevention of genocide.

At its core, stopping nuclear Iran is a universal humanitarian issue: the prevention of genocide.

Even if Iran doesn't activate a bomb, the mere specter of imminent nuclear breakout will make life in Israel untenable.

This deal is profoundly immoral, as Dovid Efune notes in Algemeiner.com:

The words of Elie Wiesel ring in my head: “We have learned to take the enemy’s words of hate seriously.”

Naysayers will argue that it's too late to do anything. What can stop world leaders so inclined?

Jews believe that the King of Kings exercises final authority in all matters of state. Thus the Talmud says: Even if the sword is on your neck, it's never too late.

Our prayers have impact.

When genocide loomed in the Purim story 2,700 years ago, Esther urged Mordechai with one request: Have the Jews turn their sights toward Heaven and cry out in prayer. She knew that while we must take action in this world, we recognize that Jewish strength and victory comes only through He Who declared us an eternal nation.

Today, with 6 million Jewish lives at risk, we need to cry out.

We must summon our outrage and demand that Congress reject this bad deal.

Iran is a fanatical terror regime.

After Auschwitz, we know the worst can happen.

We must heed the call.

Three Keys to Loving Your Job

When Bob Saget Wrote Me a Letter and Rocked My World
Bechukotai 5782: Divine Retribution
Behar 5782: Working to Live or Living to Work?
The Wholeness of Being Broken
Comments
MOST POPULAR IN Society
Our privacy policy