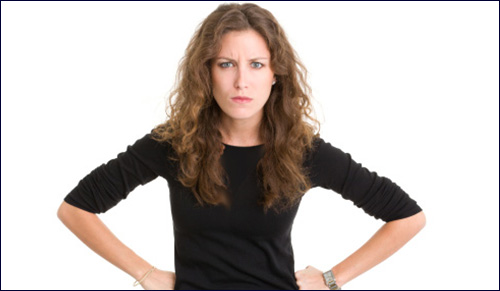 A valuable lesson from my not-so-nice behavior.

I wasn’t nice the other day, and I’m embarrassed about how I behaved.

I was facing a long plane flight. Through a fortuitous combination of points and other offers, I was able to fly business class. I was very excited. It took the edge off the dread of the endless hours in the air, hours in which I never sleep. I eagerly anticipated the space to spread out and the opportunity to lie back.

As I was charging my iPad and checking my email in the business class lounge (I was really living it up!), I got a call to the front desk.

Maybe that seems like no big deal to you. Maybe my hesitation indicates how much work I still have to do to be the “old lady” I’d like to be, but I was torn. I pictured the configuration in my mind. The group of three seemed more crowded to me, definitely less comfortable. Business Class was expensive, I told myself (even if it was points). Shouldn’t I be the most comfortable possible? I said no (although I did offer to take a widow seat in another group of two). The stewardess turned away from me in disgust.

But it wasn’t over. When I boarded the plane, the couple in question actually approached me and asked if I would switch. “Awkward,” as my kids would say. Now I was put on the spot. Why hadn’t the stewardess already told them that it wasn’t going to work?

As I started to reiterate my negative response, the woman began to speak. “My husband and I planned this trip for a while. I was supposed to meet him but I had a panic attack so he came back home so we could fly together. Could you please accommodate us?”

After this heartfelt and personal plea, what could I say? Of course I switched seats and they were absurdly grateful. I felt like a heel…

What had changed? In a lesson that I (we?) need to learn over and over again, the passengers went from anonymous faceless objects to real human beings. They became people with whom I could identify, people for whom I could feel compassion.

It became personal. They became real. It’s easy to say no to objects. It’s easy to rant and rave against a name, against a caricature of a person. It’s unfortunately easy to hate other human beings whom we’ve never actually met – perhaps because of their viewpoints, our interpretation of their behaviors, our inherent biases.

But when we actually meet them, a lot of this negative emotion and reaction may fall away (except of course in the rare case of true evil).

They’re just another human being trying to make their way in this complicated world of ours, struggling with their marriage, their children, their jobs, and trying to make sense of it all. And, in this case, on this particular airline, they were fellow Jews.

Not only did I feel empathy for them, but in that small act of giving, I came to care.

When the plane landed, they couldn’t express their gratitude more heartily. And I couldn’t have been more embarrassed by my earlier refusal.

I was able to do them one more kindness when the poor frazzled wife left her bag on her seat!

And, as for me, someone who can never fall asleep on planes, this time I slept a good 6 hours, my conscience, perhaps at peace.

Everyone Under One Roof

Kids' Day
Olivia Newton John’s Grandfather was a Nobel-Prize Winning Jewish Physicist
Don’t Believe in Other Gods Versus God is One
Seeing Without Eyes
Comments
MOST POPULAR IN Family
Our privacy policy
Aish.com Is Looking for Great Writers