Passing By Starbucks on Passover 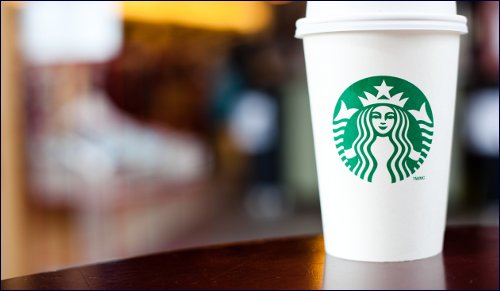 A taste of true freedom.

Even though I had pasta Saturday night, woke up to the smell of pancakes on the stove and ran to the store to buy Cheerios, I actually did NOT miss these products over Passover. I do not find myself hungry on the holiday, and I don’t lose weight either! In fact, the opposite is usually true. Despite the limits on what can be eaten, the fridge and freezer seem to be constantly refilled and emptied at an amazingly rapid rate. I can honestly say that there is no food that I “miss” over Passover.

Part of that is due to the aforementioned bounty of other food items (Pesach brownies anyone?) and part of that is due to my attempt to focus on the meaning of the experience (If I’m missing bread, am I truly free?). And yet, lest I suggest that I am so holy as to not have these all too human cravings, let me explain what I do find challenging.

As my husband and I drove home from the airport after dropping off some children and grandchildren, I felt, shall we say, just a little tired. Okay, the truth is I was exhausted. It was after all the preparations and the late nights and clean-up of the Seders. What I really wanted was a nice cup of coffee from the Starbucks we passed by. Not because we couldn’t make coffee at home. Not because it’s even better than the coffee I make at home. Just because it was there and we were passing it and did I mention I was tired?

And that’s what I found challenging. It’s a challenge associated with keeping kosher in general. While there are certainly non-kosher restaurants whose menus sound appealing, I don’t feel frustrated that I can’t eat there. It’s the convenience factor. It’s the inability to indulge a whim, a momentary desire that sometimes feels frustrating, that highlights the restrictive nature of this mitzvah of keeping kosher (which isn’t that really that restrictive in major cities in America today) and particularly of the holiday of Passover.

And of course it’s specifically in this area where true growth and freedom is available. According to the Torah, if someone decides to be a slave (read: servant) for life, he must pierce his ear. This is not a fashion statement. This is a commentary on a mistake being made. This is a reminder of a grievous error in understanding. The Torah is suggesting amazement that someone who heard God speak at Mount Sinai would choose to be a slave to a human being instead of the Almighty.

In Jewish understanding, true freedom is only achieved when we can put our own will aside and focus on what the Almighty wants of us. If we are unable to do that, then we are still slaves – to that tall non-fat latté, to the pursuit of money and status, to our desires, to our egos.

It’s at the point where we chafe at our restrictions that the rubber meets the road, that you can separate the men from the boys (or one of those clichés). Although I’m honestly not tempted to pull over and order from Starbucks on Passover (I’d rather have the caffeine delivered intravenously if possible), it’s a place where I feel my choice. And it’s in that moment where I feel truly Jewish and truly connected to the Almighty. Because it’s in that moment where my own will, my own desires, my own drives and interests fade away in favor of what He says is right, in favor of what will bring me closer to my Creator and give my lasting rather that temporary pleasure.

This isn’t as easy as it sounds. If only all my choices were like the coffee one. If only all my desires were as mild as the one for a latté or as easy satisfied at home. If only my ego, my sense that I know better (and that no one is the boss of me) were as easily mollified. But at least I got a taste of it (no pun intended). At least I had a moment of truly accessing the freedom available on the holiday.

And despite the chametz now filling my cupboards, I think it’s an insight and experience I can carry with me into the year. Along with the thought that I next year I’m going to buy myself a special Nespresso machine for Passover. After all, we’re not supposed to put ourselves in situations of temptation!

Turn Off the TV and Leave them Alone

Kindness Begins at Home
Don’t Believe in Other Gods Versus God is One
Seeing Without Eyes
Why Shouldn’t We Eat Whatever We Want?
Comments
MOST POPULAR IN Family
Our privacy policy
Aish.com Is Looking for Great Writers