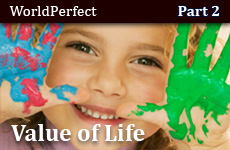 Today’s violence in sports is child’s play compared to many ancient cultures.

The most fundamental principle on our list is that every human being has the right to life and to live with dignity. As obvious as this seems to us today, people in antiquity had a very different concept.

Infanticide – the murder of newborn babies – was practiced by virtually every ancient culture. Why were babies killed? Typical reasons were: 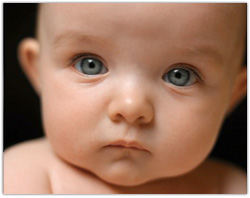 A newborn who was weak or sickly, or even with a minor birth defect such as a cleft pallet, harelip, or just a missing finger, was killed. The "baby removal squad" did not do this. It was a member of the immediate family, usually the mother or father, who disposed of the infant soon after its birth. The baby was taken outside and left to die of exposure, or dropped down a well to drown, or smothered.

Gruesome evidence of this practice was recently found by archaeologists in Ashkelon, on the Mediterranean coast of Israel. Ashkelon was a center of Roman life 2,000 years ago. In 1990, archaeologists excavating the ancient bathhouses in the city found the skeletal remains of 100 newborn babies who were dumped into the sewers after birth. They were literally dropped down the toilet by their parents.

"The ancient Greeks and Romans considered infanticide, especially through abandonment and exposure to the elements, the most effective form of birth control." (Biblical Archaeology Review, July-August 1991)

This practice of infanticide was intellectually justified by some of the greatest minds of antiquity. Aristotle, one of the most influential thinkers in Western history, wrote:

"There must be a law that no imperfect or maimed child shall be brought up. And to avoid excess in population, some children must be exposed. For a limit must be fixed to the population of the state." (Aristotle, Politics, Book VII: ch.16)

Note that Aristotle isn't saying "I like killing babies." With coldly rational calculation, he states that overpopulation is dangerous. The easiest members of society to get rid of are babies.

Here is a 2,000 year old letter from a Roman named Hilarion to his pregnant wife:

"Know that I am still in Alexandria... I ask and beg of you to take good care of our baby son, and as soon as I receive payment I will send it up to you. If you deliver of a child (before I get home), if it is a boy, keep it, if it is a girl discard it..." (Biblical Archaeology Review, July-August 1991)

Today we would view the killing of a newborn infant as a terribly heinous act. Ancient cultures did not value life as we do today.

Beyond this, ancient civilizations killed people as a form of religious worship – the human sacrifice.

Some, like the Greeks and Romans performed human sacrifice relatively infrequently. In other civilizations, human sacrifice was the focal point. Sometimes people sacrificed their own children; sometimes the victims would be prisoners or slaves.

The funeral rites of nobility and kings, whether in ancient Egypt, China or among the Vikings, often included sacrificing servants, young girls and prisoners. 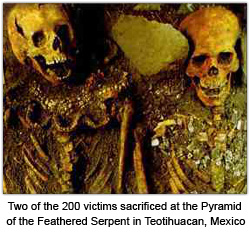 The Incas, who lived in the Andes, worshipped mountain gods. They sacrificed their own children on the peaks of the highest mountains.

In many civilizations, instead of dedicating a new building with a cornerstone-laying ceremony, people would be sacrificed and buried in its foundations.

Remains of human sacrifices were found in many sites in northern Europe, believed to have been sacrificed around 2,000 years ago. Their bodies were staked out in bogs and typically found in association with pagan cult objects.

Human sacrifice was an essential feature of Central and South American Indian culture. Five hundred years ago when the Spanish came to the New World, they discovered the Aztecs, whose vast civilization of 6 million people centered in the area around modern Mexico City. The Aztecs went to war with non-lethal weapons in order to take large numbers of captives. These prisoners were brought back to Aztec holy cities, dragged up pyramids, and then their hearts were ripped from their chests while they were still alive, one after another. The Aztecs believed that if the blood stopped flowing, the world would cease to exist. They practiced perpetual human sacrifice on a scale that is hard to imagine.

Clearly the ancients had a very different attitude about the sanctity of human life than we have today.

The most extreme example of callousness toward the value of life is the killing of people for entertainment. Today we have violence in sports – hockey, football, boxing – but this is child’s play compared to the public entertainment of many ancient cultures.

Travelers to Italy today will most likely visit "The Forum." This site served as the political center and seat of power in the Roman Empire 2,000 years ago. At the end of the Forum stands the Coliseum. Rome, which was world-renowned for its building skills, considered the Coliseum to be one of the greatest feats of Roman engineering. This giant arena, completed in the year 80 CE, seated 50,000 people. It was the world's first Astrodome, with a removable roof. The floor of the arena could be raised or lowered. The Coliseum could be filled with water and boats could sail through it.

What was this marvel of engineering used for? Virtually every day of the year, 50,000 men, women and children would come in for free. They would get a seat, a pillow to sit on, meat and wine, all for free. The first act of the day featured animals killing each other: The Romans went all over the empire to find wild, exotic beasts that could tear each other to pieces. Up to 1,000 animals fought at one time. 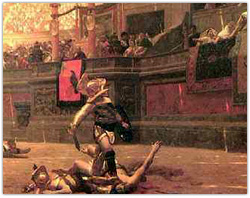 The second act entailed feeding people to animals. Rome was a very "law and order" society and everything had to be done legally – you couldn't just throw anyone to the lions. The victim had to have been convicted of a capital offense. If the Romans didn't have enough victims, they would find minor criminals and condemn them to death. Intermissions consisted of mass executions of condemned prisoners – by burning, beheading, and flaying their skin while still alive.

The main event was the gladiatorial combat. In the arena, condemned criminals, slaves and prisoners of war fought to the death, sometimes by the thousands. In 107 CE, the Emperor Trajan held a huge tournament in which 10,000 gladiators fought. Spectators of this event witnessed at least 5,000 people die. Even the Romans were not immune to the stench of death; the Coliseum was designed with giant fountains which sprayed perfume into the air. The Romans didn't just use men as gladiators, they also used women, children, blind people, dwarfs – anything to keep the bloodthirsty masses entertained.

Rome was considered the most sophisticated civilization at that time in history, yet the most barbaric. In over 200 locations throughout their Empire, the Romans killed people for sport. Do not mistake cultural and technological sophistication with moral standards. Throughout history many of the most advanced civilizations were also among the cruelest.

The attitude in antiquity towards the sanctity of human life was very different from what we hold today.

Part 6: Family Values
Blocked Goals and Anger
Why the Mezuzah is Placed on a Slant
Faith: the Axis Upon Which the Wheel of Science Turns
Comments
MOST POPULAR IN Seminars