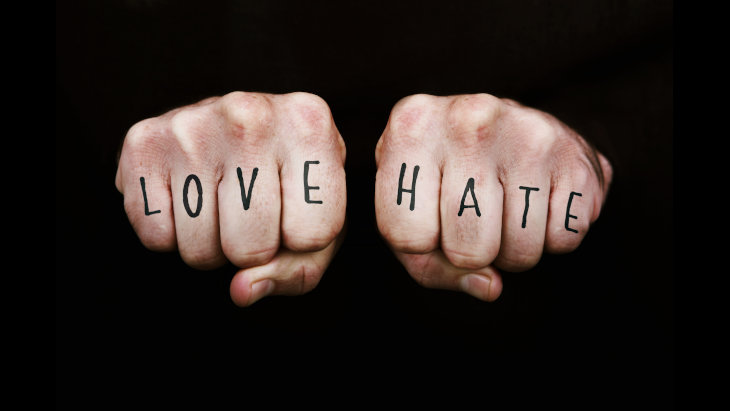 We can either choose to divide or connect. Dividers spew hate, connectors share love.

People can be divided into two categories: connectors and dividers.

Dividers spew hate, bully, call names, and practice discrimination, bias and injustice. Connectors share love, fight for equality, stand up to justice, protect the vulnerable, and love even those they struggle to like. Dividers often disguise their predilection for conflict as fighting for principles. This is a smokescreen. Connectors have values and ideologies and are genuinely principled, but they are committed to find a commonality with others who may not share the same values and principles without compromising what they themselves believe.

Over the last few weeks, the national conversation has focused on racism and more recently on anti-Semitism and that will hopefully bring positive progress.

The Talmud (Yoma 9b) tells us that the Second Temple was destroyed because of sinat chinam, baseless hatred. The people at that time observed Torah laws and performed mitzvot but grossly mistreated one another. They were Torah-observant dividers instead of connectors.

What is baseless hatred? When I dislike someone who believes, observes, votes, or lives differently than I do, when I hate someone who sees things differently, there seems to be a real basis for my hatred. Then why is it called baseless?

We are coming up on the first yahrzeit of my dear friend, Rabbi Dr. Brian Galbut z”l, one of the most extraordinary human beings many of us have ever known. Earlier this week, at the bris of Brian’s first grandson, poignantly named in his memory, Brian’s father spoke. He described Brian as an amazing connector in every direction, with his wife, with parents, grandparents, aunts and uncles above, with siblings and cousins to his side, with children, nieces and nephews below, with friends, co-workers, and neighbors, those to the left and to the right of him religiously and politically, with those in front or behind him in life. 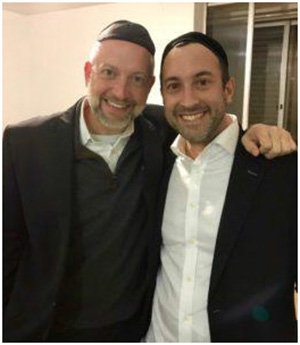 Leading up to his yahrzeit, I have spoken with several of his friends of diverse backgrounds, lifestyles, and levels of religious observance. One of the commonalities of them all is each feeling that Brian was their best friend. Brian found something in everyone to connect with. He was a Torah scholar who took Torah learning and living incredibly seriously and connected with so many who shared that passion and identity. He was an athlete who excelled in basketball, golf and running and could relate to so many teammates, competitors, friends and acquaintances who enjoyed playing and following sports. He was a brilliant physician who didn’t just provide top medical care but paired it with outstanding human care, genuinely devoted to his patients and beloved by his colleagues, nurses, and staff. His warm smile, contagious laugh and singular focus while he spoke to you could win anyone over, people with whom he had great similarities and those who on the surface he seemed to have so little in common.

I once asked Brian how he kept that positive disposition and attitude all the time, how he got along with anyone and everyone and how he managed to be the eternal optimist no matter what reality was presenting. We were walking on a golf course at the time and he stopped, paused, and said, “I have been working on it since I was young.” Living with faith, he continued, seeing good in others, feeling happy, hopeful and positive are all choices, they are not feelings. It isn’t easy but we can choose to be positive, choose to be faithful and choose to be connectors, not dividers.

The Torah endorses loving people, "v'ahavta l'reiacha kamocha -- love your neighbor like yourself." On the other hand, it condones hating evil, "ohavei Hashem sin'u rah -- Lovers of God hate evil." How do we reconcile these two imperatives? Rav Shneur Zalman of Liadi, the founder of Chabad, write in his Tanya (32): "It is a mitzvah to hate them, and it is a mitzvah to love them. Both are true. You hate the yetzer hara, the evil inclination that's in them, and you love the goodness that is concealed in them, which is a spark of Godliness."

Hatred rejects and ignores the core and base of the person, the image of God with which we can find connection or commonality.

Any hatred directed towards a person is considered baseless on its face because it rejects and ignores the core and base of the person, the image of God with which we can find connection or commonality. That doesn’t mean we don’t confront, debate and challenge the ideas and actions in people that we cannot tolerate; it means we love people, even when we reject and can’t love something they say, think, or do.

In his excellent book, Baseless Hatred, Dr. Rene Levy writes, “Hate is triggered because our primitive neural system reacts to events from the perspective of our own preexisting insecurities, because we make generalizations (which may be positive or negative) and confuse associations (additional but not necessarily relevant information) with causality.” Essentially, when we hate someone, we reveal a lot more about ourselves than we do about the subject or object of our hate.

Norman Frajman is one of very few individuals who went to hell and back not once, but twice. He survived both the Warsaw Ghetto and Majdanek. I had the honor of twice accompanying him to Poland as he took hundreds of teenagers to those places on March of the Living. As we walked through Majdanek, a well-preserved concentration camp, Norman identified to the teenagers his former barracks, showed them where the daily lineup took place, and detailed the horrific things he witnessed. At one point, one of the teenagers asked him, “Do you hate the Poles and the Germans for what they did, do you hate those countries today?”

I don’t hate anyone. I condemn, I criticize, and I will confront what I think is wrong, but I don’t hate because hate is what started it all.

In a moment I will never forget, Norman stopped walking, turned to the huge group of teenagers walking with him, and without hesitating said, “No, I don’t hate them. I don’t hate anyone. I greatly dislike, I condemn, I criticize, and I will confront what I think is wrong, but I will never use the word hate. I don’t hate, because hate is what started it all.”

What should be a powerful and jarring word, hate, has lost its meaning and impact because of its overuse. “Hater” is sometimes used to describe someone who simply objects to something. In this period of the three weeks in which we are working to repair the damage from baseless hatred, let’s make a concerted effort to use the word hate more judiciously, thoughtfully, and appropriately. You don’t hate your least favorite food or the hot weather, or when your internet is slow or the person you are waiting for is running late. Above all, you can never and should never hate people, even when you reject what they are saying or doing.

If we want this mourning to end, we need to be more like Brian and Rav Kook. Choose to connect instead of divide, choose to live with baseless love over baseless hatred.

Terror In London
What Makes Eli Run?
The Tyranny of Materialism
Science Enters the Mysterious Inner World of Consciousness
Comments
MOST POPULAR IN Current Issues
Our privacy policy