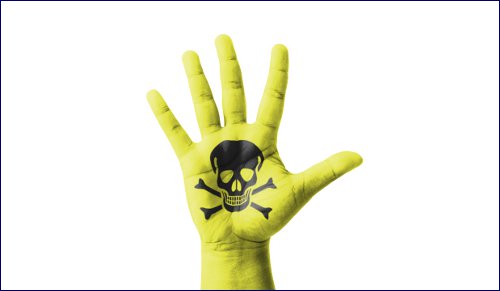 ‘Poisoning’ accusations are a Palestinian tradition.

Palestinian Authority (PA) President Mahmoud Abbas must be surprised at the international outcry over his accusation this week that Israeli rabbis are plotting to poison Arab wells. After all, Abbas and his colleagues have been making similar allegations for more than 30 years, yet the international community has hardly said a word. (Abbas subsequently apologized.)

The best-known allegation was the declaration by Yasser Arafat’s wife, Suha, at a 1999 press conference that Israel was engaged in the “daily and intensive use of poisonous gas” against Palestinians, as part of a plan that was causing “an increase in cancer cases among women and children.” The Israelis had also contaminated 80 percent of the PA’s water sources with “chemical materials,” she said.

The episode sparked controversy because then-first lady Hillary Clinton was sitting next to Suha Arafat at the time and did not respond. Clinton later said she was unaware of Mrs. Arafat’s statement because her headphones were not working at that moment. 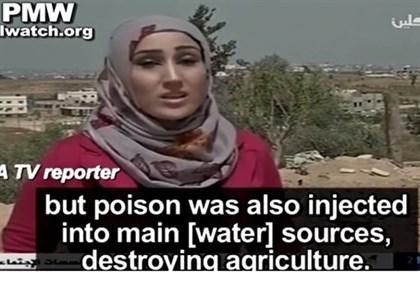 The list of Palestinian “poisoning” claims in recent years is lengthy and colorful. The director of the PA’s Committee for Consumer Protection, for example, has accused Israel of supplying Palestinian markets with chocolates that cause mad cow disease. The PA’s website has charged that Israeli planes drop bags of poisoned candy into Palestinian neighborhoods. The Palestinian representative to the United Nations in Geneva has claimed that “the Israeli authorities infected by injection 300 Palestinian children with the HIV virus.”

The PA’s deputy minister of supplies, Abdel Hamid al-Qudsi, sees an Israeli plot to stunt Palestinian population growth. “Israel is distributing food containing material that causes cancer and hormones that harm male virility and other spoiled products in the Palestinian Authority’s territories in order to poison and harm the Palestinian population,” al-Qudsi has asserted. “It is an organized plan and conspiracy which is under the auspices of the Israel Defense Forces.”

One of the first – and, from the standpoint of anti-Israel propaganda, most successful – such allegations in modern times began in the small Palestinian village of Arabbe in the spring of 1983. A schoolgirl who opened a window in her classroom fainted. Her classmates detected a strong odor of “rotten fish or eggs,” and some of them also fainted. Both Palestinian and Israeli doctors who visited the scene that day reported a strong smell of hydrogen sulfide, which commonly occurs in raw sewage.

In the days to follow, schoolgirls in Jenin, Barkin, and Mei Saloum complained of dizziness and headaches and were admitted to a local hospital, although their symptoms quickly vanished and they were released. Yasser Arafat claimed that Israel was carrying out “mass poisoning” of Arab girls in order to render them sterile. He said the school incidents were evidence of “the genocide against the Palestinian people.”

The foreign news media ran with the story. A front-page article in the Los Angeles Times was headlined “300 Arab Girls in West Bank Poisoned by Gas,” as if the poisoning was an indisputable fact, rather than an allegation made by the world’s most notorious terrorist leader. The newspaper darkly reported that “a yellow dust that proved to be rich in sulfur was found on a windowsill at one of the schools,” and that unnamed “investigators” were “reported to believe that the dust was a residue of the gas.”

The yellow dust turned out to be pollen. A mysterious tin of white powder that supposedly was an Israeli gas was found to be evaporated milk. And a bottle of strong-smelling liquid that Palestinians found “suspicious” was nothing more than a common household disinfectant.

The Israeli authorities soon found evidence that the entire episode had been cooked up by Palestine Liberation Organization propagandists. One Palestinian activist claiming symptoms of “poisoning” was found to have had himself hospitalized six times, and he was caught “pressuring girls to continue to remain in hospital,” the Jerusalem Post reported. Masked militants in Nablus made announcements over a local mosque’s public address system that the city’s water had been polluted by the Israelis. Some local Arab doctors acknowledged that “they were being pressured not to release the girls from hospital,” according to the Jerusalem Post.

Stinging from Arafat’s accusations and hostile international media reports, the Israeli government invited the U.S. Centers for Disease Control and Prevention (CDC), in Atlanta, to conduct its own investigation. The CDC’s inquiry concluded that the symptoms exhibited by the girls in Arrabe were caused either by “psychological factors” or by hydrogen sulphide, not poison. The girls in the other schools were suffering from nothing more than “anxiety,” to which hysterical Palestinian newspaper and radio reports “may have contributed.” Contrary to Arafat’s allegation, the CDC found “no evidence of reproductive impairment.”

Separate investigations by the World Health Organization and the International Red Cross likewise found no evidence of any Israeli poisoning.

Nonetheless, Arafat never retracted his accusations about Arrabe. Perhaps, then, it was fitting that after Arafat died from a stroke in 2004, PA officials claimed he had been poisoned by Israel – and continued spreading that blood libel long after multiple international investigations found no evidence that the Israelis poisoned him.

The Absence of Outrage

14 Facts about the Unilateral Declaration of Independence

Hezbollah Wins
The Promise Of The Land
Which Chat Are You On?: Parshas Behar/Lag Ba’Omer
Do You Like Slow-Cooked Food? Thank the Jews
Comments