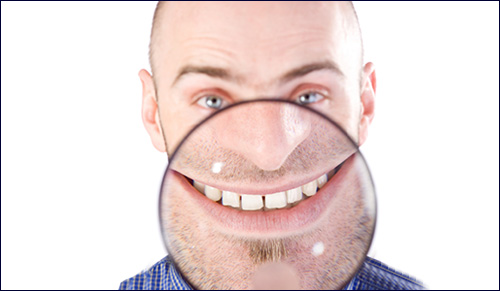 God has given me perfect health, but to make up for it, I have really bad teeth. Really bad.

I’m currently in the middle of a 6-month-long dental procedure. So far.

I do need my teeth, though. That’s where I store most of my taffy.

The dentist told me I am past the point of root canal – yes, there is a stage past root canal.

About six months ago, I sat down in the dentist chair for what I thought was yet another root canal. This wouldn’t have been my first root canal. In fact, as I’ve been told by several dentists, I am – How can I put this? – dentally challenged. God has given me perfect health, except for this constant unexplained weight gain. (It’s unexplained because I choose not to explain it). But to make up for it, I have really bad teeth.

So I opened my mouth, and the dentist took one look in there and said, “Whoa.” Then he had to go lie down.

When he came to, he told me that I was past the point of root canal, (yes, there is a stage past root canal,) and that he had to yank the tooth and put in an implant.

Yeah, I know what you’re thinking. I, too, had always thought that implants were for old people. But I see that I was wrong, now that I’m older. Apparently they’re for people my age too.

“An implant?” I asked. “You know, it’s all the way in the back. You don’t have to put anything back there. Who’s gonna know?” He didn’t even need to replace it with a tooth, either. I could be like a pirate, with all the peg legs and the hook hands. We could put a tool back there, like a can opener, for example. Or maybe nail clippers. I’d be like Wolverine.

So he said, “No, you need a tooth. Otherwise your other teeth will spread out to fill the space.”

When it comes to my health, I do not play around, so I came straight to the point: “What’s it going to cost?”

He then told me what it would cost, although I cannot print that number here, because this is a family website. More than a root canal, it turns out. Slightly more than the Panama Canal. So I don’t know what they’re making this tooth out of. Maybe they go looking for a tooth donor whose color matches mine.

“What are my other options?” I asked. Because if you don’t ask, they don’t know that you’re not happy about paying all that money.

So I decided to shop around. I ended up getting x-rayed what I think is probably a very unhealthy amount of times. That’s one benefit of dentures. If I had dentures, I could just leave them on the chair and run for cover. Getting dental work done would be a lot easier too. I’d just mail them the teeth, plus shipping and handling.

But eventually, I did find a cheaper dentist that was a little bit further from my home, and I started to learn why dentists charge so much for this procedure. It’s because it takes six months.

The first time you come in, they yank your tooth. The dentist pulls out a pair of pliers, puts all his weight into it, and your tooth comes flying out, sending him crashing into a wall. Then he regains his composure, tries to pretend that he meant to do that, and tells you to come back in a few weeks.

Then you come in a second time, and he does the actual “implant” procedure, which is very graphic, even by dentist standards, and I’m pretty sure that many of you don’t want to read about it, so I’m going to censor it for your protection. Basically, the dentist peels back your CENSORED, and then he takes a gigantic CENSORED and he CENSORED your CENSORED, accompanied by strange noises and little bits of your skeleton flying around the room. Then he uses a bigger CENSORED, and then a bigger CENSORED, and finally, the hole in your CENSORED is big enough that he could screw in a CENSORED. Then he tells you to come back when it stops hurting, which is usually about 3-6 months. He also gives you a list of instructions, such as that you shouldn’t eat any seeds, as they can become lodged in your CENSORED. This part of the procedure is actually the most expensive, as it costs CENSORED.

Actually, though, he tells you that you should come in six weeks later so that you can sit in the waiting room for a good hour before the hygienist calls you in and makes a whole show of setting up the dental tools and putting on your bib, all so the dentist can look into your mouth and go, “Yep!” Which he could have done one of the 18 times that he passed you in the waiting room. He also tells you that you can once again eat seeds, which is a huge relief, because that lack of seeds was putting a major hole in your diet. Now you have something to nosh on when you feed birds in the park.

Six weeks later, you come in again so he can put in the “abutment”, which sounds like something you take when you have stomach issues. Then he has to make an impression of your teeth so he can send it to the lab, so the people in the lab coats (I’m assuming) can sculpt a tooth that is the correct size and shape.

Then you come back a couple of weeks later so the dentist can put in the new crown and see if it fits, which it does not. Apparently, the lab people are taking one look at the impression, saying, “EEEEEW!” and tossing it in the garbage, and then trying to create the new tooth from memory. The dentist has to shave a little bit off this side, a little bit off that side, some off the top; thank goodness it doesn’t have to be in your mouth when he’s doing this. Then he tells you to come back in a couple of weeks so he can admire his handiwork again. At this point, I actually told the dentist that my tooth felt weird, but he assured me that this could be because I hadn’t had a tooth there for like four months.

But then I came home, and I found that my tongue was obsessed with it. It just kept going back there and feeling around. And then I went to another dentist for something else – yes, my teeth are such that between trips to the dentist, I have to go see other dentists, and he told me that there was a slight space between the new crown and my gum, and that I needed a newer crown. So apparently, I didn’t make a good enough first impression.

So I went back to the dentist a 6th time so they could make another impression of my tooth, and then I had to go home and live my life while I waited for the lab to throw away the impression and create a new tooth from memory and see if maybe they could get it right this time. Then I came in a seventh time so the dentist could put in the tooth, then take it out, then shave some off, then put it in, then take it out, then shave some off, and then he told me to come back an eighth time, which I just did, today. And when I got there, I waited for an hour so he could look into my mouth for a second and tell me to come back again in 2 months.

Apparently, he doesn’t want this to end.

The (Jewish) Show Must Go On!

Zadie Takes Shvitz After Eating Pastrami Sandwich for the 1000th Day Straight
Who Was Josephus? The Controversial Backstory of the Famed Historian
Should I Break Up, Get Engaged or Keep Dating?
Time Is Your Precious Commodity
Comments
MOST POPULAR IN Jewlarious
Our privacy policy