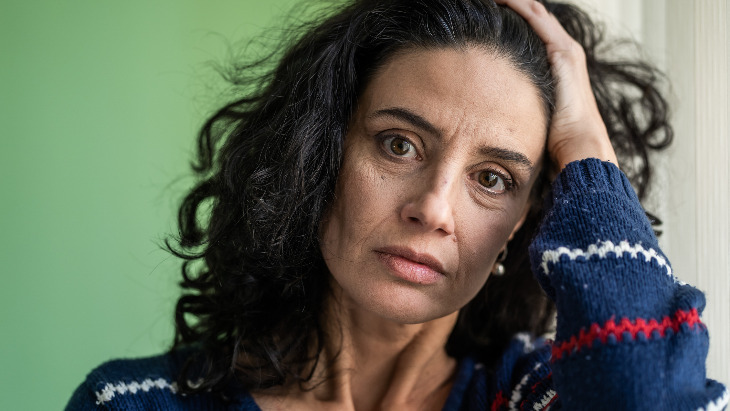 “There is no greater agony than bearing an untold story inside you."

I read a quote by Maya Angelou in an ad for therapy the other day: “There is no greater agony than bearing an untold story inside you.” I think the expression “there is no greater agony” may be slightly exaggerated, but there is no need to compare and there is certainly truth to the idea that remembrances of painful experiences build up inside all of us and we desperately need to release them.

I heard recently of a woman who, at the end of her life, kept reliving over and over and over again, the moment where she was separated from her mother on the platform at Auschwitz. It may not have been an untold story but it was a definitive moment in her life, a moment that lived inside her and that seemed to need constant release.

A number of years ago my husband and I were privy to a family secret, still unrevealed. Initially it was told only to my husband who found the pain (maybe the agony) of holding this information alone very difficult. I won’t say it was unbearable (particularly in light of the previous story from the Holocaust) but it was disturbing his sleep and his daytime functioning. He finally discussed the situation with his teacher and was able to share the secret with me. He then slept better (but I certainly didn’t!). This secret (the only one I really hold) haunts me to this day. In the early days I desperately wanted to share it with someone; now it’s more of a dull ache than a sharp pain.

But I was reminded of this phenomenon recently when a friend shared a long and rather convoluted tale of a serious financial trauma – involving fraud, fractured friendships, betrayals, hurt – all the stuff of a Lifetime movie if the names didn’t have to be kept secret. Although the broad strokes of the situation were known, he found it very cathartic to describe the experience. Initially it was too painful to talk about; now it was good to take it out from inside.

And I think again of all the survivors who didn’t feel they could tell their story, perhaps because they didn’t want to relive it but also because they didn’t think anyone wanted to hear. And I think of the elderly among us who have so many stories to tell but who we shunt away to nursing homes to spend their days staring into space, who we are too busy to listen to, whose wisdom and experience remains bottled up inside them.

Listening, really listening to someone’s story can be challenging. Not everyone is a Maya Angelou and can tell their story in beautiful words. Not everyone has a professional editor to help sharpen (and shorten!) their tale. Sometimes they meander. It takes time. It takes patience. If we don’t listen, so much is lost. But it’s not just the information, it’s the human connection. It’s the giving, it’s the caring. They say that many of our older citizens go to the doctor frequently just to have someone to talk to, just to assuage their loneliness, just to tell their stories.

But they shouldn’t need to. We, their children, their friends, their neighbors, should be listening.

And it’s not limited to the over-80 crowd. We live very isolated lives, a situation that has only been exacerbated by our recent COVID experience. We should be reaching out. We should be expressing caring and concern.

But most of all we should be asking and listening. Not talking. I don’t know if we will always be relieving a great agony. I know we won’t always be releasing a terrible untold tragedy or secret. But it doesn’t matter. We will still be caring, learning, growing.

Frequently when I make a shiva call, I find that I learn so much about the (always fascinating) life of the deceased and I regret not having known them when they were alive. But that could be remedied. With very little effort, people will open up with their stories. We just have to provide the willing and sincerely interested ear.

Hold On to the Moment