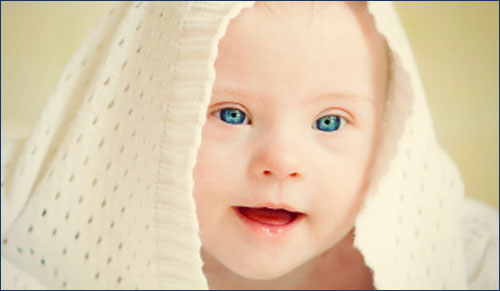 Greeting the news that your baby has Down syndrome with less anxiety and a much more positive outlook.

At 5:34 that morning, my mother had given birth to her seventh child, a baby boy. It was the 10th of Tevet, one of the fast days commemorating the destruction of the Holy Temples. My father missed the birth of the baby by a few minutes (my mother had been in the hospital from a week before because of some complications). As he ran up to labor and delivery in Sha'arei Tzedek hospital in Jerusalem, a smiling nurse approached him. "Mazal Tov!" she greeted him. "Your wife just had a baby boy!" 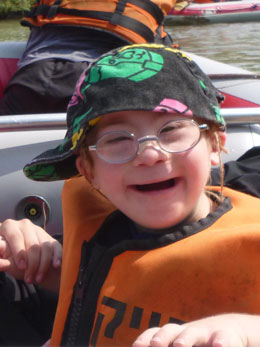 "Sorry, you've got the wrong person," my father informed her hurriedly. My parents had been informed during two separate ultrasounds that they were having a normal baby girl. Besides, my mother had called a mere half hour earlier to say she was in labor. She couldn't have possibly had the baby already!

"Aren't you Rosen?" she asked quizzically. At my father's acknowledgement, she again wished him Mazal Tov on his new baby boy and took him to see my mother. It wasn’t going to be the only surprise that morning.

Because the baby had been born five weeks premature, they had taken him away immediately to make sure he was alright. When half an hour had passed and my parents had not been told a word about the baby nor seen him, my father made his way to the nursery to inquire about his newborn son.

My father staggered back to my mother’s room. "Our baby has Down syndrome."

The head of the department led my father to the NICU (Neonatal Intensive Care Unit) and began telling him that they strongly suspected the baby had Down syndrome. He began describing all the signs that had made them suspect the diagnosis. After a few moments, my dazed father asked where the baby was.

"Right here," the doctor said, pointing to the baby in the incubator right beside them.

The child was tiny, weighing just four pounds. He couldn't regulate his body temperature and he could not suck. He was being nourished through a tube in his nose leading to his stomach. He was attached to a heart monitor (many babies with Down syndrome are born with heart defects). The doctor pointed out the signs one by one: the extra skin in the back of the neck, the curved pinky, the slanted eyes and epicanthic folds, and others. He told my father that they were quite sure of the diagnosis, but that only a chromosomal analysis could confirm it, and it would take about three weeks to get the results. (A chromosomal analysis is a blood test that counts the chromosomes. Down syndrome, also known as Trisomy 21, is caused by a chromosomal abnormality where an extra chromosome 21 is present in every cell in the child's body.) 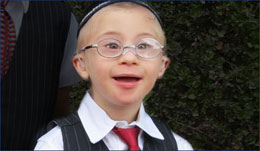 My father staggered back to my mother’s room. He sat down slowly and told my mother, "Our baby has Down syndrome."

"You're kidding," she responded, a stunned expression on her face.

Meanwhile, I was calling from home to find out how Mommy and baby were doing. My parents thought it wisest not to tell us over the phone. My father told me he'll talk to us when he gets home. He sounded distressed, broken. I panicked. "Is Mommy okay?" I asked, my heart pounding in my chest.

"Yes…Mommy is okay," he answered.

All my father would say was, "I'll talk to you and the other kids when I get home."

I spent the rest of the day picturing a baby with no fingers, or one leg, or four arms.

Towards evening, my father came home. He was pale. He looked exhausted. He sat down heavily on the couch. My other siblings gathered around. As the oldest, I was the only one who feared something was wrong.

My father's words were slow and deliberate.

"Our baby was born with a rare… um… he's different." my father stammered. He obviously didn't know what to say or how to say it. "The baby has something called Down syndrome," he finally said, exhaling.

There was silence in the room.

One of my brothers started crying and yelling that he didn't want a “retarded brother.” My father was very emotional and it was clear that he felt the same way.

My eyes filled with tears, but I think they were tears of relief. I knew a kid with Down syndrome. She has ten fingers, two arms, and two legs. And a big smile.

A difficult period followed. The baby was in the hospital for two weeks. My parents did all the normal mourning for the baby they had been expecting, and experienced all the natural feelings of grief, fear, pain, worry, hopelessness and anger. In the beginning, I was strong for them. I supplied positive information from books and magazines I found and held my chin up for the whole family. By the time I was running out of positive energy three weeks later, my parents had begun to read more, learn more, and were beginning to reach acceptance and love. They were really there for me as I, too, went through all the stages of acceptance.

Our family is more full of love and life than ever before.

Since those early days, a lot has happened. Our family is more full of love and life than ever before. Our home is full of joy and light and laughter. My brother makes everyone smile. We all love him fiercely. He has been through a lot medically and he still smiles. He's our hero. Our hearts have grown. Our connection to God has deepened. Each of my siblings has become more patient, more giving, more loving. We have all become more accepting. We appreciate people for who they are, even people who don't seem to function as well as we do in this world. Every milestone is a celebration, each day is a miracle. There is a whole world that has opened to us and we are eternally grateful.

In all my reading I discovered that there were numerous publications, books and sources of information available for parents of children with special needs. I was old enough to read these materials and gain from them and I savored every article, every letter. But I did not find anything for my younger siblings to read. In the general public I found a few special books for siblings, but I found absolutely nothing in print for Jewish kids. Was there not a single book that would provide information that would have made the initial acceptance so much easier for us as siblings and for the whole family?

So I set out to create a book that would calm, inform, teach, strengthen and inspire the siblings (and the parents!) of these special kids. 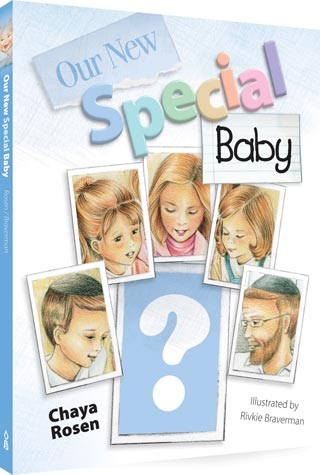 The Almighty helped me. A fantastic illustrator spent many months creating masterful, realistic illustrations. The amazing people at Feldheim Publishing took on the project. The book includes two detailed appendixes: The first is called "What is Down syndrome?" and is geared towards older siblings, providing extensive information about Down syndrome. The second appendix is geared towards the parents (and other interested adults). It is a comprehensive overview of common medical concerns associated with individuals with Down syndrome. The book is dedicated to my very special little brother.

It is my hope and prayer that Our New Special Baby will find its way into the hands of every Jewish family blessed with a baby with Down syndrome, so that other dads and moms will be able to read this book to their kids – and learn from the appendixes during those first difficult days – to get the entire family off to a much easier start accepting their new baby, with less anxiety and a much more positive outlook.

Mourning My Mother during Covid-19

Alzheimer’s and the Here and Now

Father of the Bride
Korach 5782: Visit to Lift the Spirit
That Time The Ivy League Found A Way To Limit Jewish Enrollment
Would You Rather Be Right or Happy?
Comments
MOST POPULAR IN Family
Our privacy policy