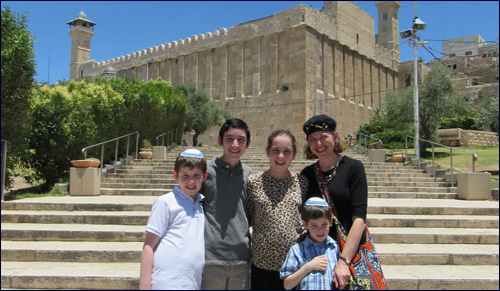 After years of saving and planning, we finally took our kids for our family’s first-ever vacation to Israel. Little did we know it that our family would never be the same again.

Here are seven lessons we learned as a family visiting Israel that have altered the way we think.

A different level of trust

I got to work in a hardware store in Israel – when a shopkeeper asked us to mind his shop for a few minutes while he ran an errand. My kids and I had experienced a level of trust in Israel we’d never seen in America. 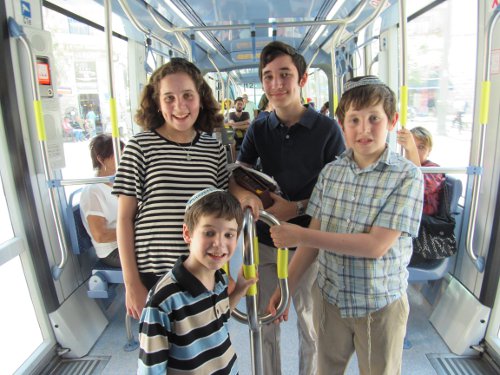 The family apartment we’d rented came fully furnished – complete with keepsakes and personal possessions the family didn’t think to remove. A shopkeeper in another store told me to take a souvenir I was thinking of buying and see how I felt about it – I could pay him later if I wanted. I was so glad my kids could see a society in which people trusted each other to do the right thing: this utter confidence in other people to do the right thing was such a different feeling from what they’d been taught to expect back home.

My kids learned more Jewish history than they ever could at home. I’ll never forget the look on my son’s face as he ran up to me in a Jerusalem museum. Grabbing my arm, he said in an urgent whisper: “I saw a seal that says King Hezekiah in that case over there!” 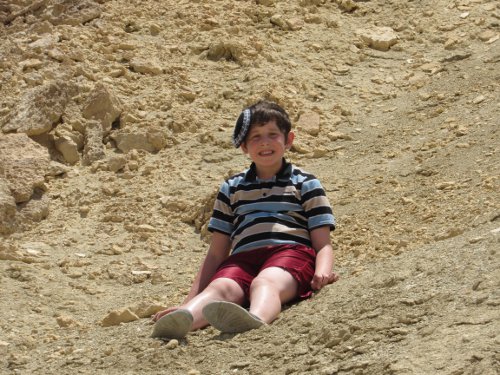 He’d learned about this ancient king of Israel in school. But now, having walked through an ancient tunnel hewn into stone at the command of King Hezekiah, having seen the remains of a wall he ordered built around Jerusalem, and now gazing on his own personal seal – this and countless other lessons of Jewish history became real to him in a way they never had before.

Hebrew as a living language

After years of learning Hebrew only from books, it was an eye-opener to see that this ancient language is a real, living means of communication for millions of people.

It was also a thrill for all of us to be able to decipher Hebrew words and realize that the Hebrew classes we took back home were now connecting us to a vibrant language.

“Sabra” is a type of luscious fruit with a thick prickly outer skin. It’s used as slang for “Israeli” – Israelis might have a tough outer exterior but they’re sweet inside.

I thought this was an outdated stereotype until one morning when we hailed a cab in Tel Aviv. The driver bargained hard over the price and I wasn’t in the best mood as we finally took our seats. “You making aliyah?” he asked in the tense silence, using the Hebrew term for moving to Israel. No, I told him, and he started to try and convince us. Finally, giving up on me, he looked in the rearview mirror at my son. “How old are you?” he asked. “Thirteen,” my son replied. The driver slapped his wheel. “My son’s thirteen too – you can live with us! You can share his room!” He meant it too.

Empathy for victims of terror

My older kids had read about terrorism in Israel, but visiting the Jewish state brought the reality of terrorism home. Seeing plaques memorializing those who died in terror attacks made us realize how deeply all Israelis are affected. And seeing teenagers not much older than themselves guarding the Jewish state helped my kids understand the huge responsibility all Israelis shoulder to help keep their country safe.

In Israel we learned to respond to terrorism with empathy and action, too. After a terrorist attacked a soldier guarding the Tomb of Rachel, soon after we visited, my daughter cried “We have to pray for the soldier!” In addition to reporting on attacks Israeli newspapers also provide the Hebrew names of victims so that people can pray or their welfare. Listening to my kids pray and hearing them talk with empathy about others was one of the most gratifying aspects of our Israeli vacation.

Our biggest shock in Israel came on Friday afternoons when stores and offices near our rental apartment all shut their doors. By the time the sun went down, the normally busy city streets were silent, as people leisurely walked by – a world away from the noise and bustle of other days.

My kids invented a game they played on Shabbat that involved opening our apartment’s window and calling out “Shabbat Shalom!” to passers-by. (The child who could get the most “Shabbat Shaloms” in response was the winner.) Watching the procession of people from all walks of life happily calling out Shabbat Shalom to my kids was incredible: I felt connected to the whole city – united by our common enjoyment of this special day.

Enjoying the beach, visiting tourist attractions, eating out – even just hanging out in the park – it took me a while to figure out what it was that felt so different about being in Israel. After a few weeks, it finally struck me: in many places we went, we saw whole families enjoying each other’s company. Two, three, even four generations could be seen eating in ice cream parlors, exploring museums, barbecuing in a park. I was glad that my kids could see examples of kids enjoying their parents company – and having fun not only with their own peers, but with their wider families, as well. 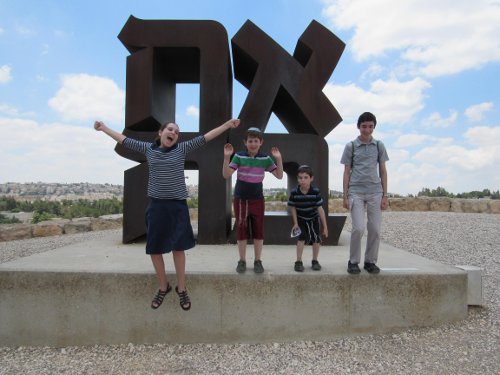 My husband and I weren’t sure how our kids would react to so much family togetherness, but to our delight, our trip was a success. So much, in fact, that we’re planning more trips in the future, and even have talked about one day possibly moving to Israel. “We went from a family that never visited Israel to one that goes all the time!” my young son told me.

While he’s not right yet – we’re still in the planning stages for another visit – there are many aspects of Israel I feel we’ve taken with us that help define us as a family after our trip. Studies show that visiting Israel is one of the most effective ways to strengthen kids' Jewish identities. That was certainly the case in my own family, and we cannot wait to go again.

One Incredible Week in Israel

Coming Home from Gaza
Don’t Believe in Other Gods Versus God is One
Seeing Without Eyes
Why Shouldn’t We Eat Whatever We Want?
Comments
MOST POPULAR IN Israel
Our privacy policy
Aish.com Is Looking for Great Writers