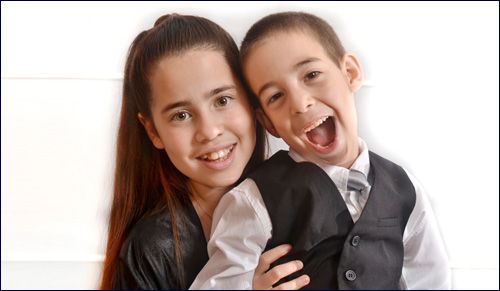 Despite recent negative press, bar/bat mitzvah celebrations can be a profound experience for the entire family.

Many parents would be glad if their child expressed an interest in religion, but for one Jewish mom in California, a daughter's request to have a bat mitzvah provoked disappointment and a confused wondering where she'd gone wrong as a mother.

"A child feeling the pull of religion suggests the child is looking for something, something big and important that you as a parent are failing to provide..." wrote Elizabeth Weil in a heartfelt piece in The New York Times on October 11, 2015. She recounted how she and her non-Jewish husband have chosen to raise their two daughters without religion, how religion to them seems fanatical, "a sign of impending breakdown".

Resigned to marking her daughter Hannah's bat mitzvah, Ms. Weil was skeptical: "Conventional temple? No, thank you. This was Hannah's journey, not ours." 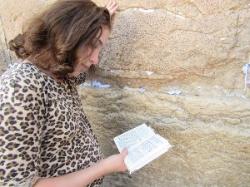 Our daughter at the Kotel

Ms. Weil might be especially outspoken in her opposition to organized religion, but she's hardly an outlier in the Jewish community. Over the past decade, the number of Jews opting out of traditional rituals has exploded. Fully 22% of American Jews categorized themselves as following "no particular religion" in a 2013 study – up from only 7% in 2001.

I've noticed this trend myself – at least as it plays out in bar and bat mitzvah celebrations. One acquaintance recently explained that while her son was turning 13, they weren't bothering with a bar mitzvah – religion wasn't that important to them. Another woman explained she was sparing her kids the stress of preparing for lengthy services and speeches by skipping their bar and bat mitzvahs.

She doesn’t realize that when it comes to bar and bat mitzvahs, "skipping" them isn't really option. They happen no matter what – whether you have a huge party or service to mark the day, or whether you skip the whole celebration instead.

(I remember once reading in a novel about a Jewish woman who'd never been "bat mitzvahed" and so wasn't really Jewish. Horrified, I called up two friends and told them about the book. I couldn't believe that anyone believed you weren't fully Jewish without a ceremony or certificate to mark this milestone. Turns out both women I called were under the same impression.)

The recent celebration of our daughter's bat mitzvah provided a very meaningful experience for our family. Long before she turned twelve, we started thinking about ways to celebrate. A friend told us of a beautiful book she'd seen that parents had compiled for their bat mitzvah girl. Months before, they'd written to various famous people and role models, asking what advice they'd give their daughter – then compiled all the letters they received in reply into a meaningful gift. Another friend shared how her daughter started tutoring children with disabilities as a mitzvah project to mark her day: the experience made such a profound mark on her that she chose to go into special education professionally.

"What would you like to do for your bat mitzvah?" I asked my daughter a year before her special day. To my surprise, she was full of ideas. "The moment I turn 12," she said firmly, "I'd like to be at the Kotel (the Western Wall)". When I demurred, pointing out that it was too expensive, she started brainstorming, eventually bargaining away a year's worth of activities, vacations and summer camp in return for the possibility of visiting the Western Wall – and, unbelievably, persuaded her brothers to join her in giving up their activities too. Celebrating in Israel was no longer her own quirky desire; it was now a major family goal.

That wasn't all. Receiving a flyer about a mother-daughter learning group, my daughter suggested studying a Jewish text together. We chose the classic Jewish book Pirkei Avot – Ethics of the Fathers. I doubted we'd make it through the book, but again, I had not counted on my daughter's own vision of how she wanted to mark becoming a bat mitzvah by strengthening our family bonds. I don't think I ever once suggested picking up the book to study in the evening – I was always too tired – but night after night, she suggested we spend time reading a chapter together. As we worked our way through the text, I appreciated the unique way she looked at things – and the fact that she wanted to use her time not to grow alone or away from us, but together with me, as study partners, instead.

We turned a corner, and there it was: the Kotel, the place our daughter most wanted to be. Gingerly, she stepped close to the warm, honey-colored stones and prayed the afternoon service. We all lingered by the Wall, savoring the moment, immersed in our prayers. Eventually, we met up together in the plaza in front of the Wall. It wasn't a traditional bat mitzvah. It wasn't formal or scripted. But it was ours. And it the best moment our family had ever had. 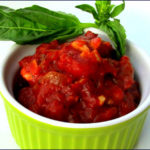 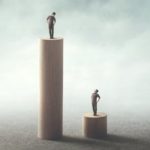 I Can’t Stop Comparing Myself to Others4 min read