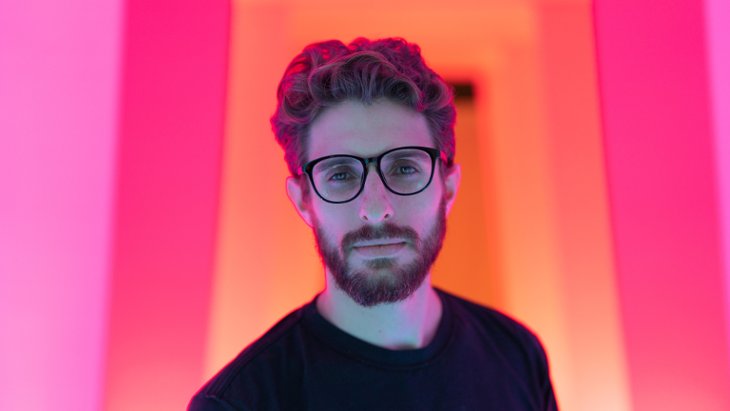 More and more young people are thinking that the older generation are incapable of offering rational opinions.

It’s only two words, but it has quickly become the most powerful putdown of the millennials against the baby boomers.

And what do millennials have against baby boomers?

“Ok boomer” was popularized by teens on TikTok as a way to succinctly put down the older generation – just because they’re older and, as one millennial put it, “they simply don’t get it.”

Last week a 25-year-old New Zealand lawmaker invoked the phrase against a senior member of Parliament who disagreed with her and she didn’t add another word. “Ok boomer” isn’t followed by explanations. It contains all the speaker wants to convey. It’s like rolling your eyes in response to someone you think doesn’t even deserve an answer. You’re just a Boomer. You’re old and past your prime. There is no point in even talking to you.

As another millennial put it, “You’re old and you need to let history do what history does: just move on.” It isn’t what the boomer says, its simply who it’s coming from; the old are incapable of offering rational opinions.

The meme has even become a merchandising bonanza. Shannon O’Connor, 19, designed a T-shirt and hoodie with the tagline “Ok boomer have a terrible day” and quickly received more than $10,000 in orders. Hundreds of “ok boomer” products are for sale through on-demand shopping sites like Redbubble and Spreadshirt, where many young people are selling “ok boomer” phone cases, bedsheets, stickers, pins and more. 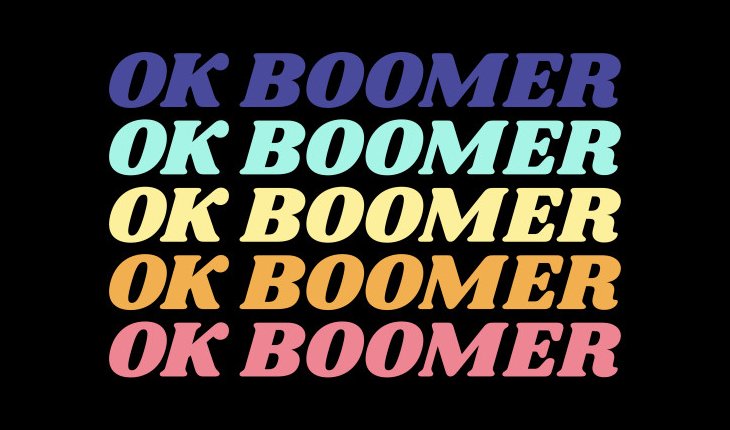 It’s not the items that are doing the selling. It’s the sentiment.

Meghan Daum, in her latest book, The Problem With Everything: My Journey Through the New Culture Wars, perceptively identifies the root cause of this generational war. “I actually think,” she writes, “it is labels that got us into this mess in the first place.” Labels have become nothing less than shorthand for thinking. They have replaced the need for discourse, discussion or analysis. Labels don’t require verification. They negate the possibility for contradiction. Ok boomer, just like racist or bigot, is made to stand on its own as sufficient condemnation. Its subtext is: “You’re old – you wouldn’t understand anyway."

Sure enough when Daum’s book was reviewed in Buzzfeed, the reviewer insinuated that Daum’s age “disqualified her from moral thinking” – unintentionally proving Daum’s point perhaps better than anything else.

And that is why it’s so important to respond to this attack on the boomer label – especially since this unwarranted dismissal to the views of those advanced in years has profound implications for understanding contemporary events.

In researching the names commonly accepted for the generations of the past century, it strikes me that Jews might well have created a different descriptive for those born before 1945 than the accepted “silent generation.” The “silent generation" – parents of the baby boomers – were so called because they were raised during a period of war and economic depression. I would much prefer “Generation H.” This was the generation exposed either directly or by way of exposure to the horrors of the Holocaust. It was a generation that learned firsthand how it is possible for evil to destroy civilization, how easy it is for genocide to become tolerated, how quickly anti-Semitism can become national policy and how hatred can be used to justify the most barbaric criminal behavior.

“Those who do not learn from history,” goes the famous dictum of Santayana, “are condemned to repeat it.” Members of Generation H, those who could personally convey to us from their own experience the lessons of the Holocaust, are slowly disappearing from our midst. But the ones who are still with us bear witness to how much we have to fear from the reality of the rebirth of anti-Semitism in our time. England has its Corbyn. The United States has its “squad”. Israel has its enemies. And the world appears to have forgotten. All too often those who recognize the parallels of contemporary Jew hatred with the events of the 1930s and the early onset of Nazi-ism aren’t taken seriously. After all, they're even older than boomers. What can Generation H really have to tell us?

I can handle the shrug, the eye roll, the dismissal and even the “have a terrible day” cast at the boomers for the sin of being old. But I can’t forgive the implicit dismissal of everything the elderly have learned from the past, the lessons of history which if dismissed or forgotten ensure that the civilized world will God forbid “have a terrible future.”

Hopefully even millennials can find the wisdom to acknowledge that sometimes, in the words of the Torah, it may even prove helpful to “Ask your father and he will tell you, your elders, and they will explain to you” (Deut. 32:7).

Princess Alice and the Jews

The Uyghurs: The Essential Facts Everyone Should Know

My Visit to Walter Reed Army Medical Center
Why My Iranian Mother Didn’t Want Me to Become a Religious Fanatic
The Jewish History of Prague
Why the Sexual Revolution was Bad for Women
Comments
MOST POPULAR IN Current Issues
Our privacy policy
Aish.com Is Looking for Great Writers