No Politics or Religion 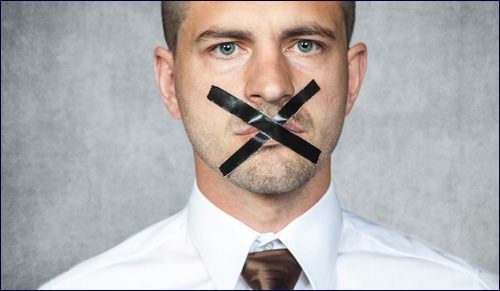 My husband doesn’t know when to keep his mouth shut and has alienated friends and family.

My husband has strong political beliefs, most of which I support. Our challenge is that he doesn’t seem to know when to keep his mouth shut and he has alienated friends and family. I love him dearly and, like I said, I share his viewpoints but he needs to learn how to be more tactful or even quiet or we will be very lonely. Please help.

Unsure What to Do

It is one of those cardinal rules that many family and friends have: don’t talk about politics – or religion. Certain topics make people crazy because they are actually very important.

Because they both go to the heart of people’s hopes and dreams, they may strike a nerve. This doesn’t mean they shouldn’t be discussed. It means we need to know how to do this. Funnily enough, politics seems to be the more difficult topic. Although many people have not really researched their political beliefs but rather seem to ally themselves with a particular side and then support all their positions, well-understood or not, this is a much harder topic to discuss than religion. At least when it comes to religion, particularly Judaism, most people recognize they are ignorant. Not so with politics.

Obviously if there is nowhere to go with a topic, then no matter how important or how frustrated we are with a particular viewpoint, the wisest course is silence. Our sages advocate silence in general as a healthier way of approaching life.

With respect to religion, it’s best to identify the listener’s interests and share with him or her Judaism’s insights on that particular topic. Hopefully this will lead to an interesting, meaningful and calm discussion. Don’t ever try to preach or persuade. This is clearly your husband’s challenge. Because he cares so passionately, he is trying to persuade.

Begin by praising his caring, involvement and engagement in something that is important. Then ask him to do you a favor. Ask him to try to listen quietly when you are with other people. Or ask him to avoid the topic of politics or any other area where he has particularly strong viewpoints. Don’t have an argument with him about the merits of his strategy. Just ask him as a kindness to you. I assume he wants to please you and this will be a more compelling argument than suggesting that he is going about things the wrong way!

I have been dating a young man for a few months now. He seems to have most of the character traits I’m looking for, along with the fact that I enjoy his company. We are getting progressively more and more serious. But something happened the other day that gave me pause. We were discussing parenting strategies (I know – way in the future, but it was fun!) and he mentioned that he thought that it was okay to hit children once in a while. I was shocked and now I’m wondering if this is evidence of some deeper psychological issues – anger, abuse etc. etc. Should I end this now before it’s too late?

I certainly don’t blame you for being confused. This is a hard call and I would definitely advise having some people you trust meet him and share their opinion. I would also try to spend some more time learning about his family background and his friends to see if any red flags crop up. You are right to be concerned but I don’t think it is necessarily a danger sign. It could just be the sign of ignorance.

Even in today’s society, most teenagers who babysit are female. Young men have spent very little time looking after kids, dreaming about having children or thinking about parenting strategies. He may have been caught unawares. He may not have really thought it through. He may just need an education. You don’t want to treat it cavalierly but not everyone who advocates the occasional potch is one step away from child abuse.

There are those who believe that it is never appropriate to hit. Others (like me for instance) believe that there are rare occasions that may call for it (i.e. to emphasize that under no circumstances may you run into the street). My teacher told us that it doesn’t really matter whether your parenting style is authoritarian (obviously he did not mean abusive) or permissive as long as you are consistent. There was a time when it was taken for granted that parents hit children and not everyone who adhered to that philosophy was a monster. Return to the topic, clarify your position, and see how adamant he remains. See if he is open and flexible. An ability to change one’s mind, to hear another person’s opinion and to be open to new ideas are all valuable tools in a marriage – perhaps more important than getting the right answer the first time. I think you could keep moving forward – just a little more cautiously.

I’ve been involved in a Jewish charitable organization for many years. They have done a lot of good and I am very proud of my share in their efforts. Recently however, they seem to have lost their way. They are more focused on raising money than on the goals for which the money is being raised. Their philosophy is moving away from one I share and I find myself disagreeing with their goals and their strategy more and more frequently. They are still doing good but I don’t feel as enthusiastic about how they do it. I’ve been involved for so long and I don’t want to do them any damage or cause any hard feelings. How do you suggest I extricate myself from the organization?

Just when I think I’ve dealt with every question, my readers stump me with new problems! This is a tough one, especially since the information you have revealed is sparse – and appropriately so. I appreciate your discretion. The bottom line, as I’m sure you know, is that you can’t support an organization – with your time, your money or your name – unless you believe in what they are doing.

Although initially you may be able to just focus on the good is being done and not your problems, eventually you will become resentful and embittered. It’s certainly better to stop before that occurs.

Withdraw slowly. Don’t make any grand pronouncements. It’s not necessary to articulate aloud and to the other supporters all your complaints. Be quiet and gracious and make an excuse about family time and/or personal commitments. Not only do you not want to damage the organization by being ungracious (or worse!) but if you behave inappropriately or carelessly, the person most damaged will be you. Our availability, the way in which we want to allocate our resources, the demands on our time all change constantly. If you don’t make a big deal and quietly, slowly slip away, everyone will understand. Your goal is to preserve the dignity of the organization – and your own! 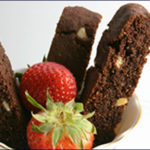 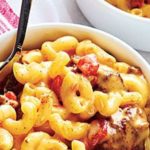 Kids in the Kitchen7 min read