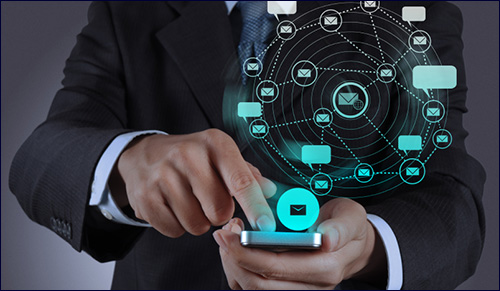 Five ways to use the momentum of Passover to break free from electronic slavery.

No e-mails after 6pm!

As Jews around the world celebrated Passover, the holiday of freedom, some French workers rejoiced in their own new-found liberty: the right to disconnect from their smartphones, computers, texts and e-mails each evening.

Noting that employees were effectively working around the clock – due to bosses’ demands that employees be available for communications at all hours – French unions signed binding agreements limiting their members’ e-mail responsibilities. A quarter of a million French high-tech workers can now really leave their offices and be with their families.

As we enter life after Passover, hopefully with a greater sense of freedom, it is an opportune time to examine how free we are from today’s electronic slavery. A recent study found that adults spend half our waking time connected to computers, phones, video games, and other electronics: up to seven hours a day. Children fare even worse: another study found that American children spend more than half their waking life - over seven and a half hours each day - using electronic media.

And it seems that our electronic hobbies – while addictive – don’t make us any happier. Kids who use electronics the most are more likely to have bad grades, more likely to be "often sad or unhappy," less likely to get along well with their parents, and twice as likely to "get into trouble a lot” than less-than-average electronics users.

In one ground-breaking study, Prof. Leslie Perlow of Harvard Business School asked busy consultants at a leading global firm to set aside periods each week when they turned off their phones. This was incredibly hard for the group, who were used to being connected 24/7, but Prof. Perlow meant “off — no smartphone, no computer for business purposes. It’s about not getting emails or texts that you feel compelled to respond to, and instead freeing this time to do whatever you want that is non-work-related” she explained.

Despite their reluctance, the consultants in the study set aside time with no electronics – and soon reported the effects were revolutionary. “Suddenly, employees had time to hit the gym, to go to the movies, to make plans, and spend quality time with friends and spouses — to do anything they wanted without the worry that they were somehow missing something critical.” Productivity even increased when the consultants were well-rested, and the firm soon made periodic electronic turn-offs mandatory.

Here are five ways we can limit our own dependence on media, and use the momentum of Passover to break away from our electronic slavery.

1. “Upgrade” How You Communicate

Studies show that 93% of communication is based on physical proximity: we use clues from people’s body language, facial expressions and tone of voice to understand and connect with others. When we substitute tweets or texts for real contact, we’re only getting 7% of other people’s messages, and we’re isolating ourselves.

2. Set Aside Time to Turn Off

One of the best ways to limit our dependence on electronics is to recreate the Harvard Business School study in our lives, and set specific times to turn off our electronics.

Judaism gives us the perfect opportunity: Shabbat, from sundown on Friday until sundown on Saturday. Consider going electronic-free during this period. Setting a discreet time when you won’t pick up your phone or fire up your computer can help set limits.

One secret to the success of the Harvard study was that it was a team effort: coworkers were able to commiserate, and also were able to cover for each other during electronic “off” times.

Consider finding a friend or family member who also wants to go electronic-free at times, and team up with them.

When my youngest child was a year old, I published a book. At the time, some friends were perplexed: where did I ever find time to work on it while caring for a newborn? My answer was two-fold: I was energized (for both my book and my baby), but practically, I could point to only one thing -- for a year or more, I cut out virtually all electronics. I didn’t tweet, or watch TV, or e-mail much.

Reading later how many hours we Americans spend plugged in each day, I realized: by severely limiting my electronics use, I was gaining hours of “found” time each day.

Try taking up a hobby or project: it’s much easier to displace our slavery to the screen when we have something exciting and productive to replace it with. Moreover, the more we get used to spending time on other, more productive, pursuits, the easier it is to resist the lure of too much electronics.

5. Boost Your Self-Esteem and Free Will Muscles

The Torah describes man as being created betzelem Elokim, in the image of God. It means we have the ability to use our free will and change our behavior. You can change a habit and break free.

Stand up to the mighty Pharaoh and all his legions, and leave Egypt and its slavery behind. Start seeing yourself as a heir of the brave Israelites. Change is not easy – but anything truly meaningful requires hard work. Take the taste of Passover with you and work on freeing yourself from one of modern society’s greatest enslavements.