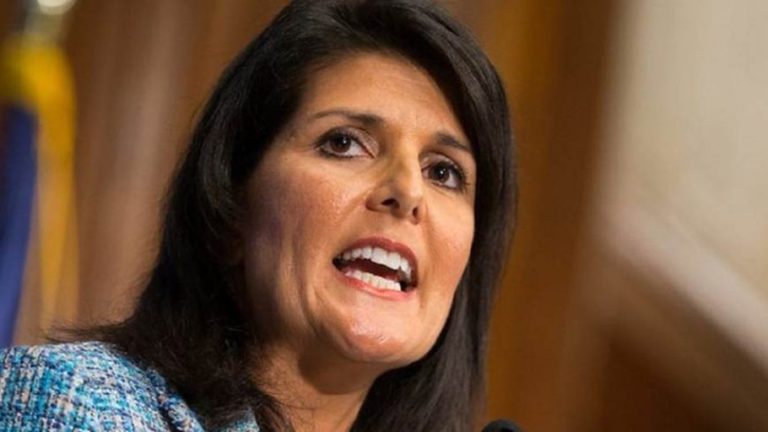 The outspoken pro-Israel diplomat will be sorely missed.

The world was taken by surprise with the announcement that Nikki Haley, the U.S. Ambassador to the UN, will be resigning at the end of the year. The outspoken pro-Israel diplomat, dubbed “Hurricane Haley” by Prime Minister Benjamin Netanyahu for her strong defense of the Jewish state, viewed standing up to the UN’s anti-Israel bias and defending moving the US embassy to Jerusalem among her main achievements in her diplomatic posting.

Here is a selection of some her most memorable quotes.

“The days of Israel-bashing are over…For anyone who says you can’t get anything done at the UN, they need to know there is a new sheriff in town.” 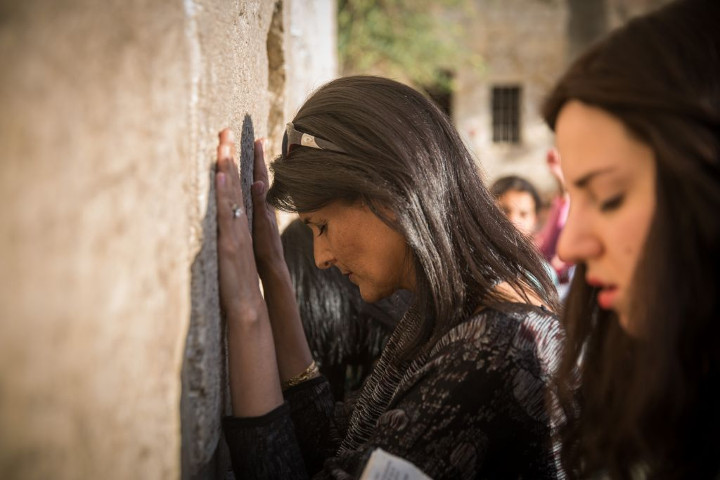 “I wear heels. It’s not for a fashion statement. It’s because if I see something wrong, we’re going to kick ’em every single time.”

“I have seen so many similarities between the Israeli culture and the Indian culture. We’re very close-knit. We love our families. We have a strong work ethic. We believe in professionalism and philanthropy and giving back. It’s very true. So that’s all the good things. We’re aggressive. We’re stubborn. And we don’t back down from a fight.” AIPAC Policy Conference, March 2017

“All I’ve done with Israel is tell the truth. So when I saw something wrong, I called it out.”

“The people of Iran are crying out for freedom. … All freedom-loving people must stand with their cause.” – Aljazeera, 3 January 2018

“Israel has been forced to live under constant security threats like virtually no other country in the world. It should not have to live that way. And yet, Israel has overcome those burdens. It is a thriving country, with a vibrant economy that contributes much to the world in the name of technology, science, and the arts.” UN Security Council session, February 2018

“I went to Israel [in June 2017] to see firsthand the country the United Nations spends half its time on. Unfortunately, I’m not kidding – it’s ridiculous. It seems like the rough breakdown at the UN is half the time on Israel and half the time on the other 192 countries.” Israeli-American Council, November 2017

“I’ve often wondered why, in the face of such hostility, Israel has chosen to remain a member of this body. And then I remember that Israel has chosen to remain in this institution because it’s important to stand up for yourself. Israel must stand up for its own survival as a nation; but it also stands up for the ideals of freedom and human dignity that the United Nations is supposed to be about.” Ahead of Security Council session on U.S.’ recognition of Jerusalem as Israel’s capital, December 2017 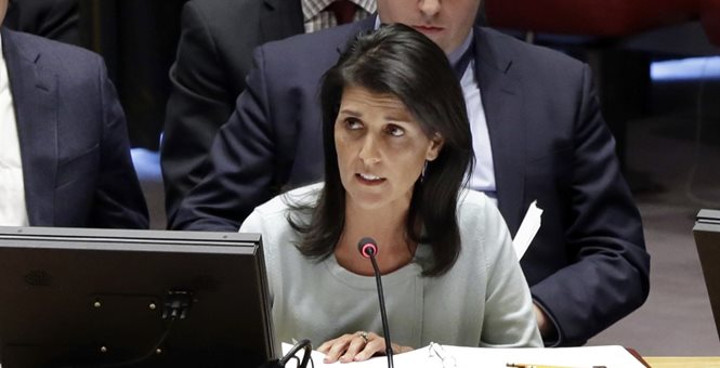 “The Security Council is supposed to discuss how to maintain international peace and security. But at our meeting on the Middle East, the discussion was not about Hezbollah’s illegal build-up of rockets in Lebanon. It was not about the money and weapons Iran provides to terrorists. It was not about how we defeat ISIS. It was not about how we hold [Syrian President] Bashar Assad accountable for the slaughter of hundreds and thousands of civilians. No, instead, the meeting focused on criticizing Israel, the one true democracy in the Middle East.” Press conference after attending first Security Council meeting, February 2017

“Nowhere has the UN’s failure been more consistent and more outrageous than in its bias against our close ally Israel.” Senate Confirmation Hearing, January 2017

“Some people think that you have to be the loudest voice in the room to make a difference. That is just not true. Often, the best thing we can do is turn down the volume. When the sound is quieter, you can actually hear what someone else is saying. And that can make a world of difference.” 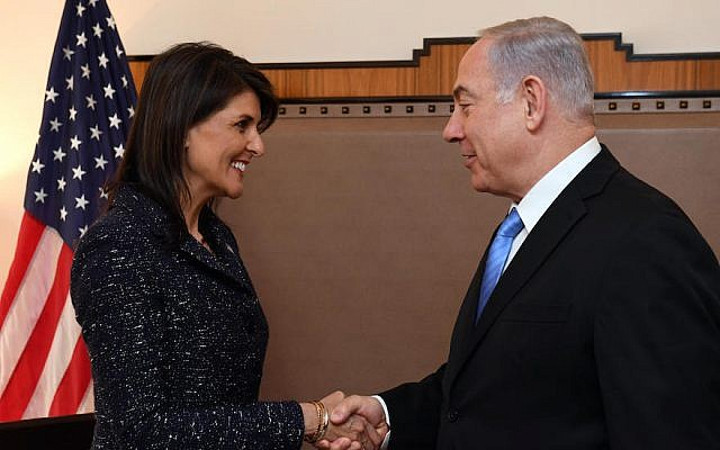 “We will not tolerate a situation that a world body of 198 countries can spend half their time attacking one country: Israel. What used to be a monthly Israel-bashing session now at least has more balance. But we’re never gonna put up with bullying.” AIPAC Policy Conference, March 2018

“Freedom and human dignity cannot be separated from peace and security. When the rights of the people are denied, the people rightly resist. If the concerns are not acknowledged, then peace and security are inevitably threatened. We have seen that repeatedly throughout human history. The case of Syria provides a horrible recent testament to this fact.” – Emergency UN Security Council Briefing on Iran, January 5, 2018

“The capital should be Jerusalem and the embassy should be moved to Jerusalem, because [Israel’s] government is in Jerusalem. So much of what goes on is in Jerusalem. We have to see that for what it is.” Interview on Christian Broadcasting Network, May 2017