New Fruits for the New Year 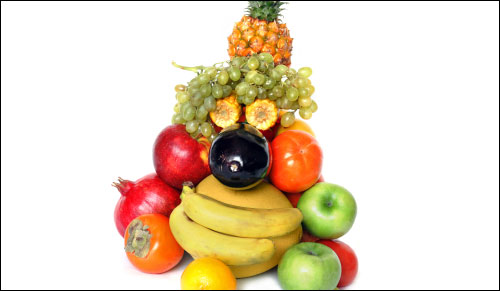 There’s apples and honey and then there’s this.

I generally spend Rosh Hashanah at my parents’ house. This works out very well for me, because our custom is to eat pretty much all the symbolic foods, and I have a bunch of little kids who refuse to try anything new.

You can buy beets in a liquid called “borscht”, which tastes exactly like it sounds.

So there’s no way the kids are going to eat any of the foods that they don’t come home with a song about, such as black-eyed peas, and that leaves just me and my wife, and neither of us are crazy about black-eyes peas either. And it’s not really worth boiling two peas.

Maybe we should just swallow them with water, like a pill.

But if you’re actually making Rosh Hashanah on your own, and are not sure how to prepare beets or find leeks or get your hands on a fish head (very carefully, is my advice), I’ve prepared a field guide to help you. I have some time on my hands, because I don’t have to cook.

There are two parts to the beet: There are the leaves, which are kind of like spinach, and there is the root, which is kind of like a horseradish without the radish. (It’s just horse.) You can also buy beets in the form of a liquid called “borscht”, which tastes exactly like it sounds.

Pomegranates are great, because they have a very long lifespan, so you can buy a bag of them once and pretty much be set for life. It is said that there are pomegranates in Europe that are over two-hundred years old.

I’m not actually sure how to eat one, though. I’ve always sucked off the seeds and spit them out, but then someone told me you’re supposed to swallow the seeds. They should come with instructions.

Squash is another one of those foods that tastes exactly like it sounds. There are over a hundred varieties of squash. It’s like at some point they ran out of names for vegetables, so they said, “Okay, from here on out, we’re going to call every new vegetable, ‘squash’”.

The easiest way to get squash – even easier than going to the supermarket – is to plant it in your backyard, because squash is the easiest thing to grow. You can plant a single seed, even by accident, and before you know it, your entire property will be covered in gourds, and you will be, as they say, “squashed.”

A leek is basically a scallion that has grown completely out of control:

“Whoa! You should have picked that scallion months ago.”

The way to eat a leek is you put it in your soup, and then everyone sits around making leek-related puns. (Such as: “Hey! My bowl has a leek in it!”)

There are several ways to get honey, and many of them are dangerous and irresponsible. You can grow it in your backyard, for example, and then go outside in one of those funny outfits with screens on it whenever you want to, say, pick up a squash. Just bear in mind that you also have screens on your house, and once in a while a bug gets in. So imagine if those screens were inches from your face.

Alternatively, you can buy one of those bottles that are shaped like a bear. Why a bear? I don’t know. Better a miniature bear than an enormous bee.

To prepare the head, open up the paper wrapping, gasp, and run screaming from the house. Then come back in and say things like, “I feel like it’s staring at me.” You can cover the eye with a piece of carrot.

A lot of people are not too crazy about fish heads, so when I go to my parents, I bring along a beef tongue. A lot of people don’t like the thought of eating tongue, but I say it can’t be any worse than eating a hot dog.

Spotting a new fruit is easy. You just look around the fruit section until you see a fruit that you’ve never seen before, and that’s your new fruit.

My brother usually buys the new fruit, and every year he tries to top himself. Last year he came home with this hairy thing that we weren’t totally sure was a fruit; we thought maybe it was some kind of creature that had come into the country with the fruit. But we peeled it and peeled it and peeled it, and in the end, we were left with a delicious, juicy fruity thing that was maybe the size of a grape. So you should always get more than one kind of fruit, just in case.

The Mystery of the Kosher Lamp6 min read 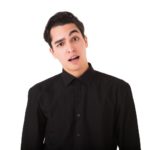 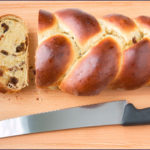 Coming to a Theatre Near Jews!4 min read