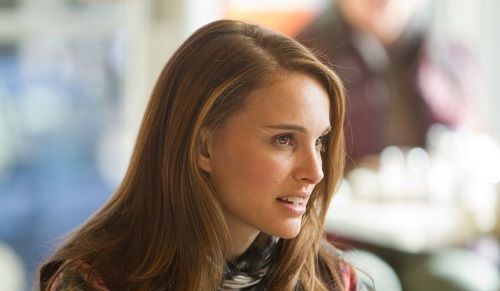 Natalie, an emphasis on Holocaust education is vital.

In a recent interview with The Independent, Natalie Portman discussed what, in her view, is an overemphasis on Holocaust education in the Jewish community. She said:

“I think a really big question the Jewish community needs to ask itself, is how much at the forefront we put Holocaust education. Which is, of course, an important question to remember and to respect, but not over other things... We need to be reminded that hatred exists at all times and reminds us to be empathetic to other people that have experienced hatred also. Not used as a paranoid way of thinking that we are victims.”

“Sometimes it can be subverted to fear-mongering and like ‘Another Holocaust is going to happen’. We need to, of course, be aware that hatred exists, anti-Semitism exists against all sorts of people, not in the same way. I don’t mean to make false equivalences, we need it to serve as something that makes us empathetic to people rather than paranoid.” Natalie noted that visiting a genocide museum in Rwanda and learning about a modern-day genocide inspired this line of thinking.

Two years ago, I also visited a genocide museum. I was working on a project that involved the psychological treatment of genocide survivors in Cambodia. Between 1975 and 1979, one and a half to three million innocent people were brutally murdered by the Khmer Rouge regime. The infamous Tuol Sleng was one of many prisons that the Khmer Rouge used to torture and execute their victims.

My empathy for the Khmer Rouge victims was heightened, not diminished, by the Holocaust education I received.

As I walked around that harrowing place, I gazed at the photographs of people, young and old, who had been brutally murdered there. As a Jew and a grandchild of Holocaust survivors, I felt a deep connection to the victims and the survivors of this genocide. My empathy for these individuals was heightened, not diminished, by the Holocaust education I had received. In fact, it was this education that made me interested in human rights work and in this particular project in the first place. Thus, it is not clear to me why Natalie Portman feels that emphasizing Holocaust education would cause paranoia rather than empathy toward the survivors of other genocides.

What also disturbs me about Natalie’s comments is that she thinks that Holocaust education “…can be subverted to fear-mongering and like ‘Another Holocaust is going to happen’.” Sadly, the Holocaust was not unique in that genocide occurred against the Tutsis, against the Cambodians, and many other groups of innocent people. However, it was also not unique in that it was not the last time that Jews were targeted for destruction. Jews were massacred in the Farhoud of Baghdad in 1941. Soon after World War Two, five Arab armies threatened genocide against the Jews living in Israel, with their leaders threatening to “throw the Jews into the sea.” Jews continue to be targeted in deadly anti-Semitic attacks throughout Europe, including in France, where Natalie resides. Currently, the Islamic Republic of Iran threatens to destroy Israel, and is attempting to obtain nuclear weapons.

It is hardly “fear mongering” when reasonable concern is raised about the continued rise of anti-Semitism throughout Europe and the Middle East and about Iran’s threats toward Israel. The lens of history and Holocaust memory is one of wisdom, not fear-mongering. It is not paranoia; it is reality, and it is our responsibility to pay attention.

Natalie is right in that we should incorporate education about other human rights crises that occurred and continue to occur in Jewish education, including the current crisis in rising anti-Semitism. After all, it is our responsibility as Jews and as decent human beings to help others and acknowledge all human pain. However, this should not come at a cost to Holocaust education, which increases our empathy toward others who have suffered while allowing us to maintain a healthy vigilance against those who threaten a new genocide.

The Jewish Algorithm: Why Every Jew Matters
The Promise Of The Land
Which Chat Are You On?: Parshas Behar/Lag Ba’Omer
Do You Like Slow-Cooked Food? Thank the Jews
Comments
MOST POPULAR IN Jewish Society
Our privacy policy