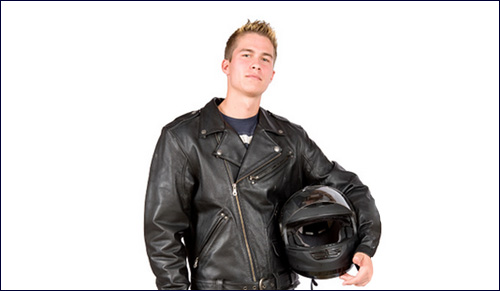 If I was never going to intermarry, why was I seriously dating a non-Jewish, bona fide heartthrob?

I was the one who adamantly declared that I would never marry out. Not because my parents were against it; they didn’t need to tell me because my traditional Jewish upbringing and day-school education were my safeguards. I was so connected to my Jewish identity that my betrayal of it was not even statistically probable.

Some of my friends began dating non-Jews. I stopped socializing with them in silent protest, after a more outspoken effort had failed. I self-righteously concluded that we had nothing in common, since they were prepared to give their Jewish identity the backseat. I was sitting firmly in the driver’s seat with mine, so much so that I became the leader of a Zionist youth movement, and started to mix with an idealistic new crowd.

In the Talmud, Rabbi Hillel warns us that we should be careful not to judge another person until we have stood in their place. And I was going places.

Related Article: Why Not Intermarry

One night I went to a party for friends who had just returned from a year in Israel. It was an inspiring night full of memories and promise for the future. As we gathered round looking at photos, I pretended not to notice the attractive guy sitting next to me.

You don’t date non-Jews, and he’s fine with that. He just wants to meet you.

I don’t remember making conversation, but apparently I must have mumbled something, since the next morning the host of the party told me that Mr. Attractive had inquired after me. As I was catching my breath, she casually mentioned, “Oh, I told him you don’t date non-Jews, and he’s fine with that. He just wants to meet you. He really liked you.”

This was a delicate situation, to say the least. Here I was, being pursued by a bona fide heartthrob with absolutely no strings attached. He was an advertising executive. Flutter. He had a motorbike. Swoon. And, if that wasn’t enough for my ego, he was a commercial pilot.

A Night to Remember

We set a date to meet. I convinced myself it would be a completely harmless evening that would chalk up a point for my flirting skills. I decided to keep it a secret from my parents.

We revved up the night with a ride on his motorbike. Then we talked, and laughed, and talked and laughed some more. Oy. This was tougher than I thought. I didn’t want the night to end. Neither did he. So, unbelievably, on the first date we spoke about him converting. That was his ticket to a second date.

And a third, and a fourth. Things were getting serious, but I was ignoring the ramifications, because, you remember, I was not going to marry out. Soon I realized that I couldn’t practically hide it from my parents any longer.

The confession took place at a restaurant. I simply let my parents know that I was dating a non-Jew, but not to worry. They should know me well enough to know that I wasn’t going to marry him. To their credit, they didn’t say much. Not because we were in a public place, but because they were smart enough to think before they spoke. Dinner ended awkwardly, amidst the forlorn clinking of cutlery toying with barely eaten food.

I wanted so much to honor my parents. Why couldn’t they trust me?

The next day, I delivered my father his traditional Sunday breakfast in bed. He thanked me softly. He was crying. I had not seen him shed a tear since his mother passed away, over a decade before.

Later, in the kitchen, I baked cakes with my mother.

“You should know,” she suddenly said, “we won’t be rude to him if you bring him here. But don’t expect us to be anything other than civil. It’s just too hard.”

I wanted so much to honor my parents. Why couldn’t they trust me?

The next day I found myself in the car with my father. We parked in the driveway. There we sat for a good few minutes, lost in our separate worlds. I, in my bubble of optimistic self-gratification, and my father – mourning the potential loss of future generations. Finally, I broke the heavy silence.

“Dad, why is it so important that Jews marry Jews?”

“Because it’s important that we preserve our unique heritage.” he replied, surprised by this basic question coming from me.

I wasn’t buying it.

“Yes, but what’s so special about our heritage, I mean, why is it SO important that there be Jews in the world?” I challenged.

“Because we are supposed to be a light among the nations,” he stressed, wondering where this was going. I pressed on, going for the jugular.

If our heritage is so special, why do we eat McDonalds, and why don't we keep Shabbat?

“So, Dad, if our heritage is so special, and we have to be a light among the nations, and my entire future depends on it, why do I eat McDonalds, and why on earth don't we keep Shabbat?!”

More silence. This time, it was my father that spoke. “I don’t know. I guess I never thought that far,” he admitted, somewhat ashamed.

For the first time ever, I had stumped my brilliant lawyer father. But he still had one last trick up his sleeve. His seasoned logic.

“Look, if, as you say, you are definitely not going to marry the guy, then why on earth would you keep dating him? If it’s so hard for you to end it now, think how difficult it will be later, since there will be a time when it will end, according to you. Why would an intelligent girl do that to herself, or worse, to the person she says she cares about?!”

My heart was heavy with respect for my parents and the desire to please them. I felt the weight of my Jewish identity on my fragile shoulders. What exactly was I trying to preserve and protect? After all, I was not religious. Why had it been so fundamentally clear to me that I would marry a Jew? And what had happened to that clarity?

I had been taking my Jewishness for granted. Jewish day school, Jewish friends, a traditional Jewish home. There had been no challenge, no threat, no temptation. No chance to think or look outside the box. But now my exclusive Jewish education and traditional upbringing was on trial. Was it enough to save me?

I took the witness stand. For the first time in my life, I consciously thought about, and decided, who I was, what I wanted to be, and what was truly important. I was first and foremost a Jew. My heritage mattered. I wanted it to continue to be a part of my life. And it was vitally important that my future husband feel the same.

Related Article: Get Me to the Church on Time

It wasn’t so difficult after that. A short, tense phone call ended what would have been the mistake of a lifetime. I never saw or spoke to him again, although I cried for days. I don’t really know why, but I think it had something to do with my soul.

This is an event that took place almost two decades ago, but looking at today’s frightening assimilation statistics, it could have happened yesterday.

I almost became a statistic, except for one redeeming factor: I cared.

Getting Back to Basics

How do we practically go about nurturing a caring relationship with our Jewishness? It starts, continues and ends in our homes. Period.

Nurturing a relationship with our Jewishness starts, continues and ends at home. Period.

All the private Jewish day schooling, extra-curricular activities, tutoring, youth groups, social events, community get-togethers, online newsletters, dating clubs and support groups have a gargantuan uphill battle and built-in disadvantage when faced with the masses of Jews that grow up in homes void of any practical Jewish expression.

Jewish educational institutions and community groups are the necessary lifelines that extend from our homes to our collective future. We need to nourish ourselves with more Jewishness in order to ensure their success.

A lot of people feel that they need to make a great sacrifice to live out their Jewishness. It is an even greater sacrifice not to. We can’t be complacent for lack of funding, knowledge, the right address or social circle. The good news is, caring is not a sacrifice. It’s fun, and it’s far-reaching.

How do we put a little Yiddishkeit into our homes? If you ask anyone that grew up with it, they will tell you the same thing: it’s the simple rituals that have the greatest impact. Lighting Shabbat candles, decorating a sukkah or eating matzah on Passover, putting up mezuzahs on every doorway, laying some Jewish books proudly out on the coffee table, saying Shema Yisrael with our children, hanging out an Israeli flag on Israel’s Independence Day. These are the definitive moments that can carve a caring Jew out of the stoniest backdrop of threatened assimilation.

Our Torah and Jewish calendar are filled with a veritable treasure trove of tradition and meaningful ritual, enabling us to live uniquely enhanced lives filled with memorable moments of celebration and wisdom, all with that inimitable Jewish flavor.

These are the moments that kept me in the fold. They can impact you and your children, too.

Rebbetzin Jungreis and My Greatness Meter

Israel Struggles
Why Are The Prayers Of Yom Kipur So Repetetive?
Ha'azinu 5783: A Time for Unity!
Twisted Thinking
Comments