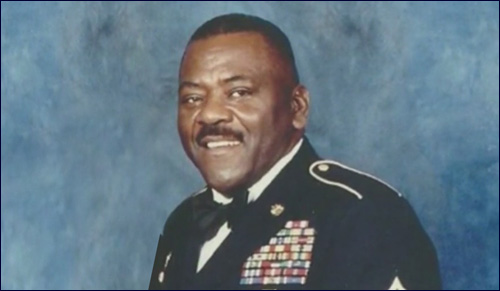 Randy Smith’s death propelled me to go beyond my perceived limits.

“Due to some unexpected tragic news our afternoon and evening classes are canceled today. We apologize for the short notice but our yoga family suffered a heartbreaking loss yesterday. Classes will resume as regularly scheduled tomorrow,” read the e-mail from my yoga studio on 9/11 this year.

The next day, I learned what the heartbreaking loss was: One of my favorite yoga teachers had been murdered. No clue yet what had happened. Like everyone else, I was devastated. I tried to hold back my tears at work until I couldn’t, and I drifted outside for fresh air and a good cry. The loss sat heavy on my heart. It also served as a wake-up call – the sound of the shofar in Elul.

Action-oriented Sergeant Major (Retired) Randy Smith wasn’t your typical wispy, woo-woo yoga teacher. At 6’2 and about 220 pounds, he presented more as a big teddy bear, a gentle giant inside and out. As our yoga studio owner put it, Randy’s style was an enthusiastic blend of mock drill sergeant and compassionate, cheerful coach. 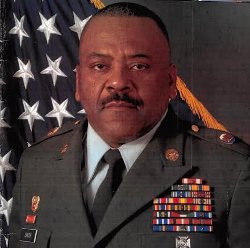 He really made me believe I could do anything, even building up to the most difficult, intimidating postures. So I kept coming back and improving, and Randy was always proud and encouraging.

His own struggles made him believable. Randy started practicing yoga after injuring his back in the military and found that it soothed his chronic pain and perhaps post-traumatic stress. Then, at age 52, the macho father of three sons retired from the military and the next day started yoga instructor training for 10 weeks. His Army discipline served him well, holding up to the physical and mental challenges of yoga boot camp.

Years later, I was lucky to be one of his students. His easy, funny, encouraging presence lit up the room. Tragically, his light was snuffed out with a bullet to his head when he apparently was fixing up a rental property he owned.

Randy’s death reminded me not to take life for granted. We never know how long we have and need to hold our loved ones close. It inspired me to have the courage to go beyond my perceived limits – in yoga postures and in life.

I overcame my fear and mended fences in a few relationships before the Jewish New Year. There was a friend I had been uber-sensitive with and cut out of my life. I left her a voicemail apology. She was happy to hear from me, and left me a message back. I felt happy and relieved to hear the joy and forgiveness in her voice. Then we spoke directly and agreed to renew our friendship. Life is too short to leave healing, tikkun, for another day.

I boldly bought an airplane ticket to continue exploring a long-distance romance 2,600 miles away. We had come to an awkward standstill after an outstanding first visit in my hometown. I called friends to see if I could visit them. Then I called a former colleague who now works for the airlines to see if any sales might be looming. As a matter of fact, she said, one would be coming up the following Tuesday. At the appointed hour – midnight – I surfed the website, found a good deal, took a leap of faith and booked a ticket. Ironically, just after completing the transaction, I received an e-mail from him saying, “If you’re still willing, I’d like to give us a chance.”

In my younger days, I would have written this off as mere coincidence, but I have since learned to recognize God’s whisperings.

He admitted to me later, “I knew then that you were serious about me and had the courage to pursue me and take risks and that you were dedicated and determined.”

I couldn’t have predicted how much my chutzpah would move him. “Your hard work, risk-taking and trustworthiness,” he told me, “became clear for me as totally genuine and courageous.”

Life with no limits – that will be Randy’s last teaching to me.

A few days before the funeral, police arrested a suspect: a 16-year-old boy found driving Randy’s stolen pick-up truck. More will be revealed in the coming months, I’m sure, about possible motive and circumstances.

What are you going to do with your dash between the birth date and death date on your tombstone?

While the juvenile hasn’t been tried yet, having some kind of closure has helped me begin to heal. Randy’s widow, who happens to work as a counselor with young offenders, implored us to move from anger to love and healing, to work to reduce violence and make our community safe so that no one else has to be in her situation. She urged the young ones at her husband’s funeral to use his murder as a springboard to becoming the best people they can be to make this world a better place.

The woman has a huge heart and all kinds of courage. I would expect nothing less from Randy’s wife.

“What are you going to do with your dash between the birth date and death date on your tombstone?” she challenged the hundreds of people at the funeral service.

Because of Randy and the piercing wail of the shofar, I will pursue love and courage with no holds barred. His shocking death sent me a message: Live now! Don’t wait! Take a chance! Go beyond limits! Thank God, I’m waking up and taking his message to heart.

Why a White Supremacist Renounced his Faith

My Palace, My Sukkah
Bechukotai 5782: Divine Retribution
Behar 5782: Working to Live or Living to Work?
The Wholeness of Being Broken
Comments
MOST POPULAR IN Spiritual Odysseys
Our privacy policy