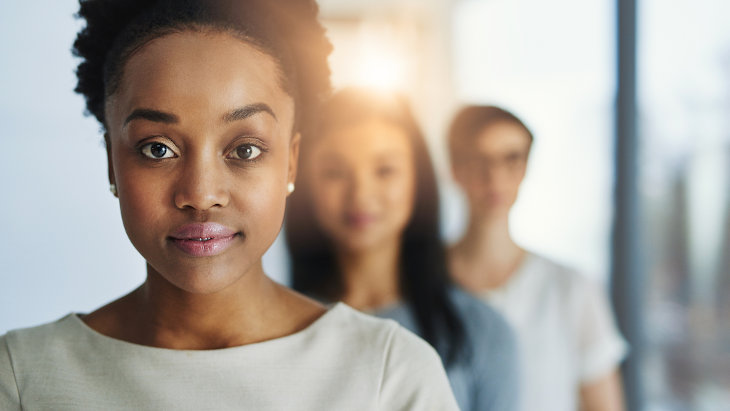 Identity politics and the victimization mindset has poisoned too many interactions between citizens.

Standing in line to return an item at Nordstrom Rack, I felt my patience draining away. Half a dozen people were ahead of me and the line had not moved for quite some time. A harried young clerk was processing voluminous returns from a customer, a black woman. I sighed and grumbled to the blonde woman ahead of me about the inefficient and lengthy process.

“I bet she has at least thirty other things in there!” the blonde said, nodding toward the woman and her enormous shopping bag. Her tone was more bemused than annoyed. “If it were me making all those returns, I’d at least look over at the people waiting and say, ‘Sorry, folks!’” I agreed.

At that, a black woman who had joined the line after me reproached us. “Hey, be nice. You don’t get how privileged you are. You don’t know what that woman is going through.”

The blonde and I exchanged a look of disbelief. “And you have no idea what I’m going through, or what she is going through,” the blonde nodded toward me.

“This has nothing to do with ‘privilege’ and everything to do with simple, common courtesy,” I added. Dug in and defensive, she replied that we were simply too privileged to realize we were privileged, while she in her victimhood was woke.

Though I’ve read countless stories of people weaponizing this word – privilege – and hurling it as a rhetorical cudgel, it was troubling to experience it firsthand. It speaks volumes about the implied guilt of anyone who is white, and the implied untouchable status of people of color. It is, quite simply, reverse bigotry.

When I suggested to our interlocutor that civil courtesies should be color-blind, she dismissed the idea. My expectations for what is polite behavior shouldn’t be imposed on others, she said. I was flabbergasted.

Tears of anger and frustration began to fill my eyes. “Please don’t talk to me about privilege when there are armed guards in front of nearly every synagogue in this city,” I said.

I was wrong to engage her in any debate and I knew it. The Talmud rightly warns against answering those who insult us. Self-restraint and an ability to accept rebuke is considered praiseworthy, but in the moment, my typical self-restraint failed me. It was painful and upsetting that she offered no shred of sympathy for the current wave of violence against Jews. In fact, she turned the focus back on herself and her own feelings of vulnerability.

Shouldn’t we feel each other’s pain? Should either of us be reduced to a bigoted stereotype?

This woman and I are both members of oppressed minority groups. Our hearts should go out to one another over the senseless hatred that still plagues our communities. Instead, she viewed me as a caricature, a one-dimensional being who lives in some mythical world where all I have is “privilege” but no hardships, where I am consumed with self-interest and devoid of human empathy or sympathy. I could take no more and left the line.

Like so many Jews, I carry the weight of historical and ongoing Jewish oppression with me every day. That awareness is alive with tension now because of the alarming rise in brazen, often violent attacks against Jewish institutions and Jews as individuals. Certainly, this woman carries her own emotional burden from the terrible history of oppression, violence, slavery and hatred against blacks. Surely, she has been affected either directly or indirectly. Shouldn’t we feel each other’s pain? Should either of us be reduced to a bigoted stereotype?

Every life is complex. No one lives a life of pure privilege, and in a free country such as the United States, few live lives of pure victimization. Many people discover their greatness through the crucible of oppression: Dr. Martin Luther King, Nathan Sharansky, Nelson Mandela, Dr. Viktor Frankl. Conversely, many people born into privilege often feel rudderless, their material wealth suffocating their spiritual growth. Judaism teaches us never to forget our former oppression, but to look forward to the future and not stay stuck in a painful past.

The victimization mindset has fostered a divisive, resentful and reductionist way of viewing ourselves and others. Through name-calling and call-out culture, people are insulted and shamed through politically correct bigotry.

Am I privileged? Yes, for many reasons: my family, my faith, my community, my health. But even amid hardship and pain, and even through the history of oppression Jews have faced, I can find reasons to thank God.

No, I didn’t know what that woman with piles of clothes at the counter was “going through.” But I do know one thing: turning a perfectly valid human gripe about a long shopping line into an accusation about “privilege” just trivializes the very serious issues that are foundational to the stresses and fractures in our society.

Sometimes, a long line is just a long maddening line.

Oblivious to the Music
The Promise Of The Land
Which Chat Are You On?: Parshas Behar/Lag Ba’Omer
Do You Like Slow-Cooked Food? Thank the Jews
Comments