My Startling Lesson in Baseless Hatred 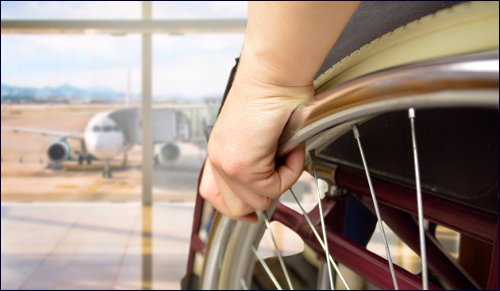 I was fuming. No one had ever treated my severely handicapped daughter and me in such a cruel manner.

On June 28th 2017 I was taking my severely handicapped daughter, Yael, from Atlanta to her annual 7-week trip to Camp HASC, a summer camp for children with disabilities in Upstate New York. It’s always a pretty difficult task that involves physically lifting her from her wheelchair to the plane seat, back to the wheelchair, to the rental car, etc. What used to be a breeze and a bonding experience with my daughter has become more and more grueling over the last few years as she has experienced growth spurts and simultaneous loss of muscle tone. Not to mention that I’m not getting any younger.

Due to the time intensive process of loading Yael onto the plane – unhooking her feeding tube, maneuvering the wheelchair onto the narrow plane as close as possible to the front row, and physically picking her up and plopping her down and positioning her on her seat, Southwest has been allowing me to board before they even start pre-boarding for those customers requiring extra time and assistance to get onto the plane. I am always the first person to board and the absolutely last one to leave. This year was going to be no different.

I politely asked her to move her child’s stroller so that I could get by. She looked straight at me and refused.

As I tried to reach the plane, a woman with two daughters – one in a stroller – moved her stroller and blocked me, keeping me from being able to take Yael to the gate and onto the plane.

I politely asked her to move her child’s stroller so that I could get by. She looked straight at me and refused.

"Are you serious?" I asked her.

“Yes,” she said. “I am also in line for pre-boarding,” pointing to her children, one of whom was still in a stroller.

I looked at her in horror. "You have two healthy children, do you want to trade?"

She was unmoved and refused to move to let me through.

“I have to physically lift my 100 pound daughter who has almost no muscle tone and bring her on to the plane,” I protested.

“So do I,” she responded, pointing to her toddler. 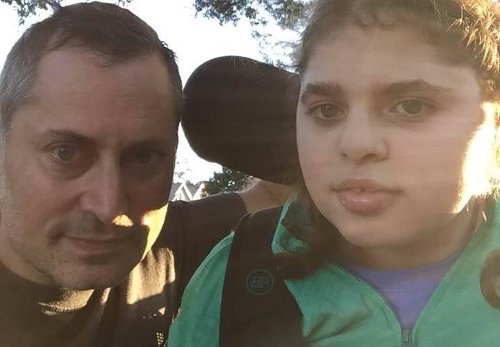 Me and my daughter, Yael

I was fuming. I pointed to Yael’s feeding tube, hoping that this would somehow relay to her the magnitude of Yael’s condition and stir some compassion in her. It did not.

“I’m not going to get into a competition with you,” she said, and finally moved out of the way and let me pass.

When I was waved onto the plane by the airline employee I looked towards the woman, hoping that now she would show some sign of remorse. But instead she was laughing and mocking me. And I knew what she was thinking. God did this to your daughter because He hates you, and I hate you too. And I hated her back. I absolutely loathed her.

I loaded my daughter onto the plane and told the pilots and the flight attendants what I had just experienced. In 16+ years no one had ever treated my daughter and me in such a cruel manner.

I avoided the woman’s glance as she boarded with her children and I sat with my daughter hunched forward unable to hold herself up. I stowed my daughters feeding machine to prepare for takeoff.

When the time came to take down the feeding machine I stole a glance in the woman's direction. And then another. And then it hit me.

Oh no. Please God, let me be wrong.

I gathered my courage and walked one row back to the woman and I knelt on my knees and I asked her, “Is your daughter special needs too?”

And she started sobbing.

"I wanted so bad to come over to apologize to you," she cried.

I slowly nodded, acknowledging her pain, and prayed her tears would stop. But they flowed, marking lines down her face. A face that minutes before I could not even look at because of my hatred for her.

My reality had just been turned upside down. I had totally misjudged her.

She told me that no one realizes that her daughter is disabled because she's still in a stroller. She may have told me more but I had a hard time listening since my reality had just been turned upside down.

I told her how blessed her daughter was to have her as a mother and I returned to my seat in complete disbelief.

I had totally misjudged her and what she was going through.

This woman was me 12 years ago, long before my nerve endings were destroyed and I had lost the ability to feel the pain. Long before the seizures had robbed me of the daughter that I loved, that I used to roll around with on the floor, the little girl I would balance and support and walk with for hours before the seizures took away her ability to walk, or even stand up. The daughter who was silly and would smile and knew how to make me laugh. The daughter who knew that I loved her more than anything on this planet, the daughter who I knew recognized me and loved me back. She was my baby and I loved her and she knew it.

But God had other plans.

Now I wonder if she remembers me or even knows who I am. Does she know that I love her and will love her forever?

I used to also feel pain, and fear and hurt. But that has long been replaced by a veneer of humor and wit and scholarship and anything that can hide the mourning and the ever deepening sense of loss.

This woman was me 12 years ago, but unlike me she is a mother, and I know from Yael’s mommy how much more profoundly the pain can affect a mother than a father. It’s a level of pain and heartbreak that cannot be expressed in any amount of words.

I still don't know why this stranger acted the way she did to me. Maybe she was just hurting terribly and desperately needed someone to show her empathy. To validate her and recognize her pain. She was lashing out and crying for help. But I only heard screaming.

We think we’ll never fall into the trap of baseless hatred because we’re convinced that those we hate deserve to be hated.

And it horrifies me that I could have allowed this woman to carry pain and guilt because I didn’t see what was happening right in front of my eyes. A reality that was as real as my own.

Every day we are presented with challenges to our reality and our perceptions of events. We convince ourselves that we never fall into the trap of sinat chinam, baseless hatred because we believe with every ounce of our existence that those we hate deserve to be hated. We tell ourselves it’s not baseless hatred when people are acting and saying things that are objectively unforgivable.

But if we step out of ourselves and try with all of our energy to truly understand what the other person is thinking or feeling – just like we expect people to do for us – there would be very little room for hatred. Just imagine what the world would be like.

Thank you to Yael’s mommy for her never-ending love and sacrifice for our daughter.

Raphael Hirsch lives in Atlanta and is father to Levi, Yeshaya, Yael and Tuvia. He works as a residential mortgage banker helping clients throughout the US. Click here to read another article by this author.

My Father, The Alchemist