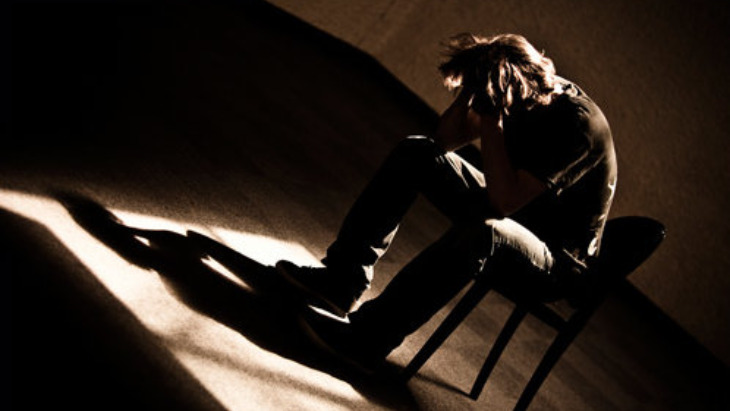 Don’t reduce my bright, witty, loving son who struggled with mental illness to details of his death.

After the death of my son, I wrote an article about “The do’s and don’ts” when expressing sympathy to a parent who lost a child. I saw how uncomfortable people were, how they were a loss for words, and I offered suggestions to families and friends offering condolences.

Traveling this unthinkable road I have found the same awkward and oftentimes hurtful behavior that is connected to suicide. Society attaches a stigma to suicide. Survivors of suicide loss may encounter blame, judgment or social exclusion, while mourners of loved ones who have died from terminal illness, accident, old age or other kinds of deaths usually receive sympathy and compassion.

The stigma overlooks the way my son lived, the bright, witty, gentle, loving young man he was, and focuses instead on his death. When someone suffering from cancer dies, we don’t reduce the person to the details of their death. We think of and remember the person, who they were, what they did in their lifetime, how they will be missed.

I could have been part of this group as well until my son took his own life.

My son suffered from schizophrenia and I would randomly be asked if he “committed suicide”. That is terribly hurtful and painful to the survivors of suicide. I was initially taken aback at the insensitivity. But when this occurred several times I realized it was less of an insensitivity issue and more of a curiosity, a fascination about the act itself, and a lack of understanding that a neurobiological illness is no different than cancer, diabetes, etc.

We tend to label the person as selfish, maybe crazy. We think they took the easy way out.

There is a captivation to suicide we choose not to admit. It scares us and fascinates us at the same time. We wonder what they were thinking during the minutes and hours before taking their life. Whether this is an act of bravery or cowardice on their part? If there is a part inside of us that has at times in our own lives can relate to this act?

We tend to label the person as selfish, maybe crazy. We think they took the easy way out.

Well let me tell you, it’s almost always none of these. The primary goal of a suicide is not to end life, but to end pain.

My son was unable to hold onto any semblance of pain going away. While some may argue that a person who dies by suicide has done so by their own choice, in many cases serious mental illness limits choice, and this debilitation is recognized by Jewish law. My son was the bravest person I knew. He, like so many others, went to battle every day, every night, for 15 years.

My son, and I know I am speaking for hundreds of others, tried for years to have a normal life, with normal jobs, friends, everything most of us take for granted. But those who struggle with mental health issues don’t take anything for granted. If they have one hour of peace, one hour of productive work, one hour of a meaningful relationship, they are grateful. And year after year, month after month, day after day of dealing with horrendous demons does not make them selfish or crazy.

Their intense pain blinds them from seeing the possibility of a peaceful life in their future. Had he lived perhaps in 20 years there might have been a cure.

I am by no means an advocate of taking one’s life. What I am an advocate of and will fight ferociously for is to erase the stigma connected to suicide so our loved ones will be given the respect they deserve, and the survivors will never feel ashamed, isolated or Judged.

Judaism views suicide as a sin. But the suicide of someone suffering from serious mental illness is more akin to a death by a disease.

For some who have been blessed not to have any mental health issues in their lives (it affects one family member in five) schizophrenia, bipolar disorder, and depression unfortunately seem to define the individual. We say this person is schizophrenic, is bipolar, is depressed. We never say, “Janet is cancer.” Yes, it’s an issue of semantics, but I think it also conveys so much more. Our loved ones who suffer from a mental illness must not be defined by their illness or their death.

Judaism views suicide as a sin. Life is a precious gift bestowed by God. It is not ours to treat cavalierly. But the suicide of someone suffering from serious mental illness is more akin to a death by a disease, which it is. Under these horrific circumstances, the taking of one’s life is not entirely one’s volition. Recognizing this gives much comfort to the families.

In the United States, someone dies by suicide every 13 minutes, and each death intimately affects at least six others, according to the Centers for Disease Control and Prevention. Those who are directly affected include immediate family members, relatives, neighbors, friends, fellow students and/or co-workers.

I spoke with my heart at my son’s funeral about his life and struggles, explaining what we and others face when dealing with mental health issues, particularly schizophrenia. I felt Jake was there with me, and I was speaking through him.

In the days thereafter as friends and family came to offer their condolences and support, the outpouring of thanks for sharing my story was overwhelming. If there was any comfort to be found, it was from these expressions of gratitude and knowing a new light was shed to help others.

Toby Weitzman has a degree in Social Work, and owned and operated a Catering Company for 25 years. She lives in Maple Shade, NJ and has two other sons, Michael, 32, and Steven, 30.

One of the Greatest Jewish Philanthropists You Never Heard Of

Your Computer's Yom Kippur Message
Adam and Eve Were Vegan
Bechukotai 5782: Divine Retribution
Behar 5782: Working to Live or Living to Work?
Comments
MOST POPULAR IN Society
Our privacy policy