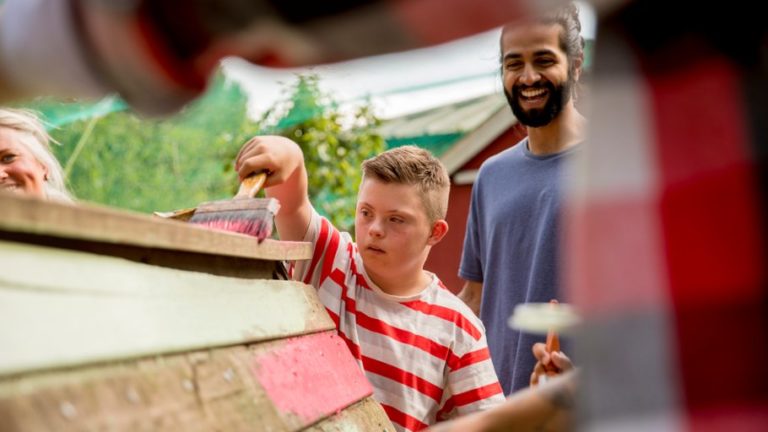 Jenna Elbaz, 29, is in the business of breaking stereotypes. Her self-built organization, My Piece of the Puzzle, brings troubled children from broken homes, many with behavioral issues, together with children who have special needs who often feel isolated from the rest of society. After ten years pioneering this new partnership, much fundraising and several successful summer camps, My Piece of the Puzzle has recently received backing from Israel’s Ministry of Education to open projects in 14 cities across the country. 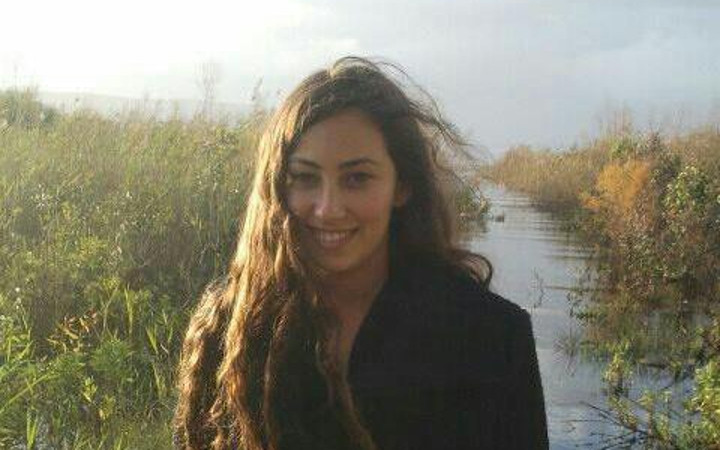 Born in New York, Jenna’s family moved to Israel when she was a baby. Now living in a moshav near Netanya, she says her drive to make a difference to children on the periphery stems from her own experience.

“I was unsuccessful at school for many years and I never received good grades,” Jenna says. “I always felt like I wasn’t good enough.” It was only when she started volunteering at age 15 with youth at risk through her youth movement that her view of herself began to change. “One day I’m going to work with all the kids that no one believes in and let them know they are worth something.”

In 2011, aged 21, she spent her summer at an American camp run by the Jewish Agency for children that required extra care and she saw children with troubled backgrounds and those with special needs interacting for the first time.

“You had tough kids at risk, along with kids with Down syndrome, autism and a range of special needs.” Although the purpose of the camp wasn’t to create a new productive environment, Jenna saw how this unlikely combination spurned some unbelievable moments.

“One night” she recalls, “a child with autism woke up crying in pain with an ear infection. His counselor didn’t wake up, but one of the kids who had been in a gang from Harlem did. He got out of bed, pulled up a chair, read him a story and calmed him down.”

Time and time again, Jenna saw children who were supposed to be a danger to those around them display the sensitivity required to reach out to the children with special needs. “I saw how the youth at risk would come alive in a whole new way looking out for the special needs kids.”

For the next four summers, she and her friend Shaked Karp raised money to bring six Israeli children to the camp two weeks.

Tal, 14, from Holon, was one of the first to take part. His father was serving a long prison sentence. Tal had very low self-esteem, behavioral issues and had moved schools five times in three years. “The first few days, Tal made fun of the special needs kids and didn't want to participate in any of the activities,” Jenna recalls. “He was very stubborn and insular and hardly left the bunk.” However, one morning he started participating, and very quickly things started to change. “A few nights later he told me he how he had failed at everything he had ever done in life and all that he could see was his ‘stupid family.’ In tears, he said he had enjoyed helping the other children and that he never knew he had any good qualities. He said it was the first time that someone believed in him, that he could do something and like he was worth something.”

Building the Puzzle in Israel

In 2017, Jenna decided it was time to open her first camp in Israel. It would cost her far less and enable her reach to reach out to more children. She launched My Piece in the Puzzle, recruiting and training a team of volunteer staff, and the first camp opened with 40 children mainly from central Israel. 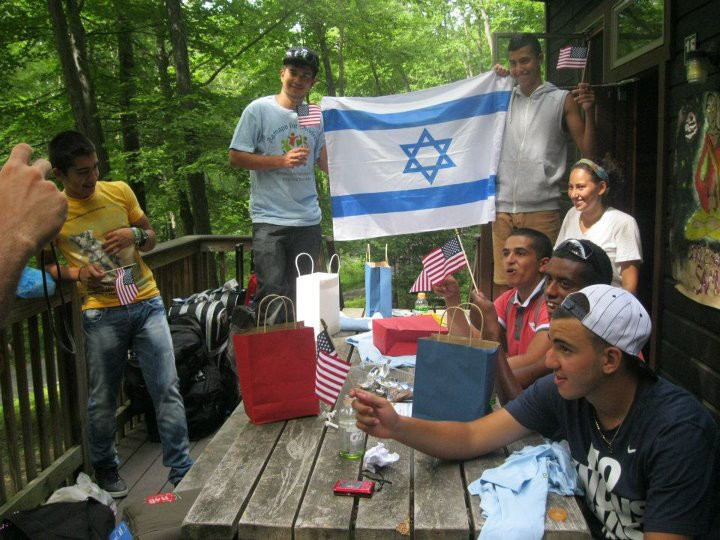 Along with recreational activities, the children take part in art, drama, music, gardening as well as volunteering projects together. The power of giving and working together has helped unlock the potential of many of the children involved.

Many warned her that there were risks involved. “We do have to set clear boundaries, especially regarding drugs, but this environment seems to bring the best in them.” She notes that despite the frustration they may feel about things in their lives, “they never take it out on the special needs kids. They know instinctively that this environment demands for them to show their best self.”

Miri, 15, was a high school dropout with a difficult family background. “I was told that the other children had autism and that they would find it hard to make friends,” Miri said after the camp, “but that was strange to hear because we really connected.” She began to take part in monthly activities and returned to the camp the following summer. A few months ago she told Jenna she was going back to school and complete her own education in order to pursue a career working with children with special needs. 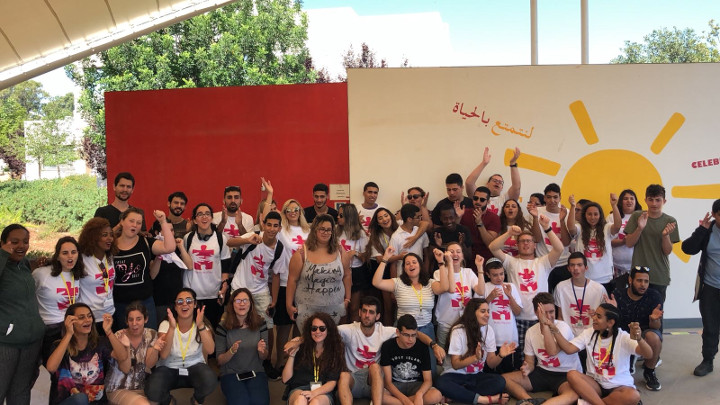 Another high school dropout who turned her life around recently received an award of excellence in the army unit she is serving in. “Everyone has some kind of special need,” Odelia 16, from Eilat says. She is part of a monthly program meeting children with special needs in the southern town. “So why should we be scared of meeting people with particularly special needs? They are really just like us.”

For the children with special needs the impact is also profound. “These are children who go to special schools and struggle to feel they have potential outside of this world,” Jenna says. “When they have a positive experience outside of this bubble it can have a noticeable impact on their self-esteem.” 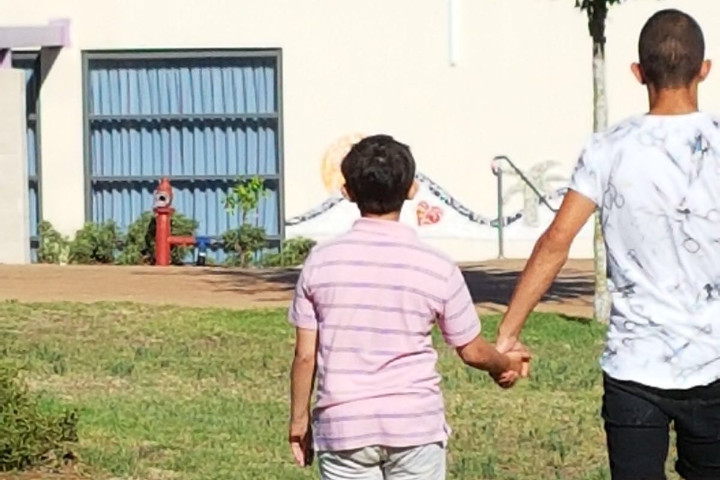 “I believe in these children and I get to wake up every morning and do something I love.” The recent support from the Ministry of Education and interest from a professor at Bar Ilan University about the impact of her projects has given her hope that there is much potential yet to unlock.

“I want to open schools for arts, music and drama in Israel,” Jenna says. “It would be great to see a pre-army military academy as well. There are 40,000 charities in Israel, some for special needs and some for youth at risk, but this one is the only one dedicated to bringing them together.”

“Children are discovering the value and meaning of their own place in what can feel like a complex puzzle of life. It’s about society as a whole understanding that we all have a place, a role, and something important to give.”

Inside Sderot
The Power Of Prayer
Va’etchanan 5782: A for Effort
Can You Show Me This "God?"
Comments
MOST POPULAR IN Israel
Our privacy policy
Aish.com Is Looking for Great Writers