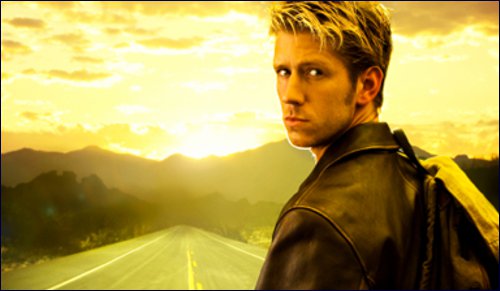 It took a tragedy to trigger my crisis of atheism.

I had very little Jewish education growing up. I was agnostic at nine, an atheist at 11 and zealous at 15. As a kid I celebrated Easter and Christmas. But Chanukah was nothing more than an excuse to get an extra X-mas present, and Passover was nothing more than a sequel to Thanksgiving. Matzah. Charlton Heston. Thank God we're not in Egypt but living in America instead. Freedom! Dig in.

God was a boogeyman and an imaginary friend all rolled into one, like a 4-in-1 fax machine/scanner/printer/what-have-you. Whatever phenomena needed explaining, here was your reason or your scapegoat. Primitive people needed God because as children they're afraid of the big bad wolf of chaos. But I wasn't a child. I was grown up. At least that's what I thought. Darwin was my Torah. Dawkins my Rashi.

But at the age of 21 my "faith" began to give way. It took a tragedy to trigger my crisis of atheism.

I had a good friend who was in his early forties -- a family man with two sons starting university in the fall. He was handsome, hopeful, the epitome of confidence and optimism. He possessed one of those attitudes that made you think he could take on the whole world single-handedly. Then one day, out of the blue, he put a gun to his heart and pulled the trigger. I heard he didn't leave a note.

Two weeks earlier he said to me words that haunt me to this very day. (At the time I didn't know they'd be the last words I'd hear him say.) He said, "Don't worry. Everything will be fine. You'll see." His ashes were scattered and I was left wondering how it was possible for me to be so wrong about my friend. He didn't seem like the suicidal type. "If I was wrong about him, what else could I be wrong about?" The questions started to grow.

He worried about my immortal soul. I didn't believe I had one.

Jews for J came into the picture when a mutual friend called me the day after the funeral, asking me if I wanted to do this "Jewish thing" with him. I think it was his way of trying to console me. This friend had tried to get me to go to these meetings before, but I always declined. He knew I was Jewish but being Jewish meant nothing to me at the time, and he knew it. No more relevant to me than the color of my eyes. However my friend was persistent. He worried about my immortal soul. I didn't believe I had one. But soul or no soul, I began to want answers.

When you're angry at something, asking questions helps. And I was angry at God but I didn't want to be. I liked being an atheist but I was losing my "religion." It felt strange to be genuinely mad at God. The way it would be strange to blame The Lochness Monster for a parking ticket or The Tooth Fairy for a rude cashier at checkout. It was absurd.

I felt that a true atheist was allowed to be angry in a situation like this but not toward a figment of his own imagination. What good would that do? If the world is only serendipity arising from the favorable roll of the cosmic dice, then fairness or unfairness should play absolutely no role whatsoever. Fair and unfair just don't exist. A universe without God doesn't have to be fair. It just has to be a universe. So why should my friend's death provoke in me an existential crisis? So when my friend asked me if I wanted to go to this meeting I replied, "What time can you pick me up?"

After the first meeting I went to others, mostly because I liked hanging out with my friend. I had just lost one; I didn't want to lose another. Unfortunately our schedules made these "messianic get-togethers" the only time we were able to hang out. And I connected to a lot of what they had to say. I did a "Purim" party with them -- it was the first time I ever heard of the holiday. A month later I was asked to go to a Passover Seder in a Miami hotel. I agreed. My friend would drive me there.

As the whole Exodus story was being told by a "rabbi," I was asked by a waiter what I wanted for dinner. "Chicken parmesan or pasta shells?" I chose Option B. Minutes later I was wolfing down pasta and nibbling matzah, while the keynote speaker was telling a story about being pulled over by a cop, who gave him a lamination of The Ten Commandments instead of a speeding ticket. I felt very strange and didn't know why.

Looking at the pasta left on my fork, I knew something was wrong. I just didn't know what.

Looking at the pasta left on my fork, I knew something was wrong. I just didn't know what. The meal itself was very good and I knew it wasn't indigestion causing the weird feeling. I suspected it was a guilty conscience. But what was causing the guilt? It sort of felt like I was watching a horror movie of myself, where a camp counselor walks into a dark cabin on Friday the 13th, unaware that the psycho killer is right there holding a machete. "Billy! Where are you?" the counselor calls out, while we who already saw what happened to Billy a few scenes earlier are thinking, "Get out!"

When I was looking at the pasta on my fork, a part of me felt like that audience watching the counselor who now hears the heavy breathing of the burly man in the hockey mask. I'm thinking, "Run!" but I couldn't just leave. My friend after all was the one who drove me there. I had no other ride home.

But I excused myself, saying I had to the use the bathroom. I walked around the hotel, periodically returning to look at "The Seder" and see how far they were in the dinner. I waited for my friend to finish so I could get my ride home, and I knew I was done with Jews for J.

Two hours later my friend drove me back to Ft. Lauderdale and I never went to one of those meetings again. In my life's journey, a pivotal corner was turned. Even though I still had all my questions, I knew I wasn't going to find my answers with them. But I did realize that one day I would find the answers I was looking for.

Gershon Dovid is a student learning at Aish HaTorah in Jerusalem.

A Gift from the Coast of Nowhere
What Makes Eli Run?
The Tyranny of Materialism
Science Enters the Mysterious Inner World of Consciousness
Comments
MOST POPULAR IN Spirituality
Our privacy policy