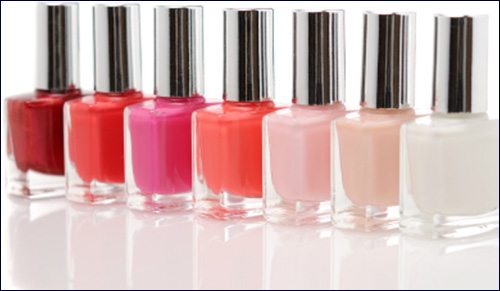 I had no idea the Vietnamese woman doing my nails was a courageous heroine as tough as nails.

My daughters convinced me to do something about my nails – you know, the short, broken ones that are evidence of hard work chopping, peeling and scrubbing. They even went so far as to book an appointment for me at their favorite nail salon.

The manicurist took one look at my hands and almost screamed in horror. Even the easy, no chip, instant–dry gel stuff wouldn’t work, she informed me in disgust.

I was about to leave and return to my kitchen when she got a bright idea. “How about trying acrylic?” she asked.

Up for anything (or shamed into submission) and not having the faintest idea what she was talking about, I nodded weakly in agreement. Forty-five minutes later I had beautiful, long, colorful nails – and I felt like the secretary in a fifties sit-com. “You need to come back every two weeks,” she warned me, “to keep it up.”

I can’t commit to that time frame but I am seduced into returning more frequently.

“My husband likes long nails,” I confess on one trip. That’s about as intimate as I get – and for good reason. The manicurist then proceed to tell me the preferences of the husbands of many of the Rebbetzins and other women in the community for long versus short and dark colors versus more neutral ones.

I keep telling myself that if I’m going to let the manicurist or my daughters browbeat me into making this a regular habit, I need to get an iPod (yes Virginia there still people left in the world who don’t have one) and I will be able to use the time more productively by listening to Torah classes.

But in the interim I decided to turn the tables and learn more about the manicurist herself. Was I in for a story! From a simple “Where are you from?” I was treated to a harrowing tale of bravery and determination.

Her mother had a restaurant in Vietnam. Frustrated with the fact that the Communists were basically stealing all her earnings, they decided to attempt an escape. The manicurist, Lisa, was 11 years old. They bribed some fisherman and snuck down to the water under the cover of darkness. They had to move very quietly because there were police patrols everywhere. They climbed into a boat in the pitch black with seven other families and rowed out into the ocean until they were too far to be caught. Then they turned on the motor.

Lisa’s mother had brought her remaining money and jewelry with her to help pay for their new life. But they were attacked by pirates four times on their journey to Thailand and all their money, jewelry, medicine and food were stolen. Lisa had her own ring and when the pirates were approaching, her mother told her to sit on it.

When they finally passed through the shark-infested waters and landed in Thailand, Lisa brought out the ring which ended up saving their lives. It allowed them to buy food and paper and postage for her mother to send a letter to her uncle in Los Angeles.

After a few months in the camp in Thailand, they were allowed to travel to the United States. In California, Lisa’s parents worked in the garment district, sewing their fingers to the bone but never quite earning enough to survive. Even the children were pulled into service, sewing into the late hours of the evening when their school work was done.

Dissatisfied with this meager existence, the family moved to Oregon to pick berries. They never stopped working.

Finally the garment industry picked up, the salaries improved, and they returned to Los Angeles and were able to provide better for their family. Lisa, the daughter of these tough parents, has been working long hours herself to help support her own family, hard work being taken for granted in their home, grateful for the life of freedom and opportunity in America.

I am definitely a snob. Prior to this conversation, I saw a manicurist and not a real person, not who she really is – a woman of incredible courage and grit, of perseverance and determination, a woman who respected her parents, who experienced the fierce love of a mother for her children and who is full of gratitude. Her life story is so deep and so powerful and she tells her story with pride and awe. She taught me about more than just acrylic nails. She taught about the strength and courage that lies within the human soul and about what a blessing it is to experience it in action.

Tom Brady, It's Time to Go

Corona Home Attire
Who Was Josephus? The Controversial Backstory of the Famed Historian
Should I Break Up, Get Engaged or Keep Dating?
Time Is Your Precious Commodity
Comments
MOST POPULAR IN Family
Our privacy policy