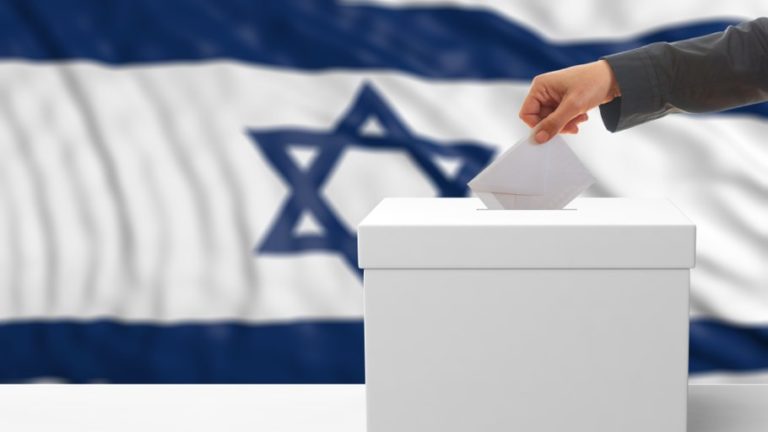 Israel’s many political parties and why I am voting for all of them.

SATIRE – SO EVERYONE CHILL OUT – The Israeli elections are upon us and I feel it is my duty as an Israeli citizen to bring you a list of different parties and why they are all great. I also included a bunch of parties that my friends have been talking about, as I feel it is important that you also get the insider information that I received at Friday night dinner, after the host said, “No talking politics at this table.”

Why I Don’t Know All of the Parties

There are too many parties in Israel to be able to go through each one. New parties pop up every day; an argument breaks out over what they are serving for lunch at Israel’s Knesset, Feigenbaum doesn’t like the cucumbers and a new party is started. Please forgive me if your favorite party is not represented in this article. I am sorry you weren’t invited to lunch.

Parties in the Knesset

WARNING: This will be political, because it is about politics. However, you can be comforted by the fact that this article is written by someone who knows virtually nothing about Israeli politics and whose ideas are not based in reality. All hate mail should be directed at David Kilimnick for his foolish political views. David knows nothing about the Israeli government, which is why he is the perfect candidate for Prime Minister.

The party founded by Menachem Begin and Ariel Sharon, Bibi Netanyahu has proven his worth as a political leader over the last years, being accused of corruption and not getting caught. I also don’t like change very much. If it was up to me, my Prime Minister would stay the same forever. I would even change the name of Prime Minister to Prime Bibister.

This is a centrist party headed by Yair Lapid, formerly of the Yesh Atid party and former army general Benny Gantz. The two, and others, have united in their dislike of Netanyahu and the need for a change. They hate Bibi so much that Lapid and Gantz have reportedly agreed to rotate the premiership. These two Israeli leaders have agreed to politely wait their turn to be Prime Minister and sit quietly while the other takes his turn?! Only hatred of Bibi can bring Jewish leaders together like this.

The Israeli party whose goal it is to keep large amounts of governmental employees, so people don’t have to work. I don’t like working either. Just hearing the word “labor” in the name of my party gets me tired.

Includes parties which the majority of the Arab population votes for. Split between Hadash, United Arab List, Ta’al and Balad, these parties receive seats based on how much they don’t like Jews; based on different degrees of how much they don’t like us and want us to leave Israel. I am a big supporter of these parties and how they help bring Jews together. Joint List, for what you have done for Jewish identity. Thank you.

Kulanu – All of Us

Economic egalitarianism is their thing. I find this party’s platform very confusing, because it makes me think about women leading davening in shul. I can only focus enough for the world “egalitarianism” to be used in one context. I am still trying to wrap my head around the idea of women working.

Made up of the Haredi, ultra-Orthodox Jews, this electoral alliance is concerned with funding for the yeshivas and the Jewish character of the state such as Shabbat observance. If you ask me, an easy way to enhance the character of the Jewish state is to mandate more herring and cholent consumption across Israeli society. A little potato kugel on a daily basis and all of Israel’s internal problems will be solved.

Right-wing nationalist and secular party. I love the Russian population of Israel. They don’t seem to need religion to have a strong Jewish identity. They just need other people hating them. Thank you Joint List.

They are fighting for grass. They believe there’s not enough grass in Israel. If there is a war, it should be happening in a meadow.

Naftali Bennett and Ayelet Shaked left the religious Zionist party of Jewish Home and started this new party to garner more votes from the secular population. They wanted a real life example to the joke about the Jew stranded on the desert island building two shuls, the one he goes to and the one he won’t step foot into. That’s how political parties are formed in Israel. The New Right is basically the political version of a breakaway minyan. However, to gather more votes they will not be going to minyan anymore.

For financial freedom and Jewish sovereignty in the West Bank. Their main cause is legalizing marijuana which is very confusing. Maybe they are suggesting that the West Bank is the perfect place for growing cannabis.

NO SEATS IN KNESSET

Here are a few parties that are not expected to clear the election threshold:

Da’am Workers Party A joint Jewish and Arab party focused on worker’s rights, made up of people who get very angry when they have to wake up and go to work. Most religious people don’t vote for this party because they feel like they are cursing when they say the name. The beautiful thing about this party is that we can see how Jews and Arabs come together on this one main cause of getting paid for not having to do anything. Da’am!

HaYisraelim The Israelis. I love their name. If you are not a member of their party, you have no right to vote in Israeli.

Kadima A breakaway party, Ehud Olmert was their leader. Lesson learned: When your leader goes to jail, you have less of a chance of making it into the Knesset. You only make it in when your leader doesn’t get caught.

Sorry I know left out Shas and the Jewish Home parties and maybe some others. I just got really tired. As I said before, I am not that into work. Da’am!

Conclusion -Start Your Own Party

Over the past twenty years, every ex-member of Knesset has started their own political party. They have parties for everything. If you have some ideas and you may be visiting Israel, you too can start your own party.

If you do, you will need a name for your party. In Israel you take the cause, which is your argument and that is your name. Let’s say I feel that there should be better service at the local Makolet (bodega). I just started the “Makolet” party! I feel that shopkeepers should give exact change? Please vote for my new “Agurah” party!

In America there are two political parties. In Israel there are two hundred. When they say, “less is more” are they talking about politics? On Tuesday April 9th, we’ll find out.

The Compulsion to Coupon
The Promise Of The Land
Which Chat Are You On?: Parshas Behar/Lag Ba’Omer
Do You Like Slow-Cooked Food? Thank the Jews
Comments
MOST POPULAR IN Funny Stuff
Our privacy policy