My Amazing Payback for Keeping My Big Mouth Shut 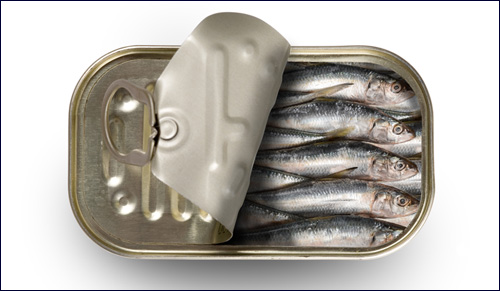 Everyone has one great airline story. Here’s mine.

Challenges to our character seem to come fast and furious (although I don’t think that is what the movie was about!). The other day I received a little perk, a gift from the Almighty as it were, for holding my temper, for reining in my frustration, for choosing to be my higher self. It doesn’t always happen that way but I want to recognize the moment when it does!

I was about to get on a plane after a trip that was very emotionally demanding and exhausting. My reserves were depleted and I wasn’t looking forward to that sardine experience that is all too frequent in economy these days. To add insult to injury, not only did I have a middle seat but I was in Zone 5 (you frequent travelers know what I mean), the one where they end up checking your carry-on because there’s no more room in the overhead bins. Normally this wouldn’t bother me but I had no check-in luggage so it meant extra time at the airport – “for no good reason.”

To further aggravate the situation, I had just received an email from my editor at aish.com requesting two articles. I knew I would be too drained when I got home to write but I was afraid that the circumstances of my seating would inhibit not only my freedom of movement but also my ability to think.

I was feeling frantic and starting to calculate how much I would pay to upgrade to business. The amount seemed to rise with every passing moment! I approached the flight attendant and asked if I could be upgraded. Initially she was optimistic but due to the fact that I had used points through a different airline, it was apparently impossible. I sank back in my chair in gloom.

Trying to be helpful, she inquired if I was willing to sit in an exit row, known for the extra leg room. “Yes, sure,” I eagerly responded. But apparently that was not an option either. I resigned myself to that middle row trying desperately not to have a meltdown in the middle of the airport. I think I mentioned that I was a little emotionally frazzled.

Suddenly I heard her offer two seats in the exit row to a couple seating next to me. I was incensed. I thought there was no room there! Yes, I know it’s so trivial but what can I say? I was ready to get up and confront her. How could she tell me there was no room and then give away the seats to someone else? I was beyond frustrated. I was ready to give her a (precious) piece of my mind but good sense prevailed. For that brief moment, I was able to rise above my emotions and talk myself down from the cliff.

It was almost time to board and they kept announcing that the flight was full so I concentrated my efforts on praying that enough people would volunteer to check their carry-ons that I would be allowed to keep mine! With about 5 minutes to board, the flight attendant asked me for my boarding pass and printed me a new one.

“No, it isn’t” she responded. “Once in a while I’m able to do this and I’m glad it worked this time.”

I glanced down – business class, Seat 2F – no charge!

I was very grateful – and very relieved that I had kept my anger in check and my big mouth shut. I can’t read the ways in which the Almighty operates in the world, but I can certainly thank Him. And while I can’t say for sure that it was reward for not losing my temper, I do know with certainty that if I had yelled at the attendant, she would not have been inclined later to change my seat and give me the gift of that business class opportunity.

Mirror Mirror Off the Wall

The Power of Community

Mom to the Rescue!
G-d Time
Shavuot is The Holiday of Cheesecake and Blintzes
What Does Kosher Mean Literally?
Comments
MOST POPULAR IN Mom with a View
Our privacy policy