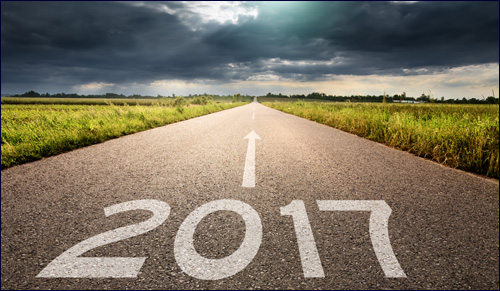 Tesla will develop a car that runs on chicken noodle soup.

As a noted commentator on the Jewish world, I’m often asked for my keen insight on trends relating to all things Jewish. That is why, as a free service to you, my dear readers, I have decided to use my keen observation skills to produce this list of predictions for events that I foresee in the Jewish world for 2017. Yes, you’re welcome.

1. Car That Runs on Chicken Noodle Soup – Chicken noodle soup, perhaps the favorite soup of Jews everywhere, has long been termed “Jewish Penicillin” for its healing (or at least comforting) qualities. It may not surprise you, then, to learn that scientists at Occidental American University have developed a viable fuel source made primarily from chicken noodle soup. While it is still in its testing stage, the development team, funded by Tesla JRD (Jewish Research Division), is making remarkable progress and hopes to have a test vehicle on the road by spring of 2017. Tesla will soon be accepting pre-order down payments for the vehicle they have tentatively named “The Mensch”.

2. Israel No Longer Referred to as “The Land of Milk and Honey” – The Midrash explains that milk symbolizes superior quality, richness of taste, and nourishment. Honey represents sweetness. Hence, the long-time popularity of the expression, “The land of milk and honey” used to represent the goodness of Israel being both nourishing and pleasant. But life is change and so the Israeli Knesset will mandate that the following three new slogans, all winners of a national Israeli tourism slogan contest, will be tried out to determine which is most popular:

“The land of kugel and rugelach”
“Israel – Isn’t it Time You Did One Important Jewish Thing Since Your Bar Mitzvah?”
“Come on, How Many Times Can You Visit Italy?”

3. Israeli Prime Minister Benjamin Netanyahu Will Not be Sending a Chanukah Card to Ex-President Barack Obama – I realize I’m going way out on a limb making this prediction, but sometimes I just get a strong hunch about something. Perhaps the high cost of international postage will cause “Bibi” to limit his Chanukah card list to just Jews. Or maybe he’ll place Obama on his Christmas or Kwanzaa or New Year’s card lists instead. Or maybe, simply, he’ll just forget. You know the old saying, “Out of office, out of mind.” I’m thinking perhaps there’s another reason, too, but darn it, it’s just slipped my mind.

4. Jewish Delivery Drones – First, the military started using drones for spying and bomb delivery. Next, retailers like Amazon developed them to deliver orders. The newest step will be sales establishments using drones to cater specifically to Jewish needs. On your way to a Shabbat dinner but forgot your yarmulke? A Jewish drone service can have one of your choice dropped directly on your head before you can say, “Shabbat shalom”. That nature hike taking longer than expected and you’re both famished? Check the sky in less than 15 minutes to find a mouth-watering kosher meal parachuting your way. Arrive at a bris only to find you’ve left your mohel kit at home? No big deal when you can contact MDDS (Mohel’s Drone Delivery Service) to save the day!

5. 5 New Commandments Will be Discovered – For centuries, Jews have been living by the 613 commandments – the instructions for living found in the Torah. But life is change, and so a group of forward thinking rabbis will unveil 5 new Commandments. Remember the Ten Commandments? Well now it’s the 15 Commandments. Here are the new ones: 11) Thou shalt not absent-mindedly fall victim to regifting and give someone the identical present they gave you last year. 12) Thou shalt not listen to a sports game through some hidden earphone device while at your parents for Sunday night dinner. 13) Thou shalt not covet thy neighbor’s 60”, 4K, ultra-high definition, curved screen TV. 14) If over the age of 50, thou shalt not contact your high school prom date and ask if they think that you’ve aged well. 15) Thou shalt not lie to your vegan dinner guest, assuring him or her that the chopped liver is made primarily from tofu.

6. Bar Mitzvahs Will be Held in Wild Locations – No longer will synagogues be the sole locations for bar mitzvahs. After one receives huge social media popularity for being held on an airplane, the floodgates open to a variety of unique new bar mitzvah locations. These will include: Yachts, underwater, mountain tops, dormant volcanos, icebergs, jungles, deserts, and rain forests. Adding to the excitement will be celebrity appearances, after Bob Dylan causes a stir appearing at his grandson’s bar mitzvah, performing a special version of one of his hits, called “Davening in the Wind”.

7. Jewish Video Games Will Rule! – A series of new Jewish video games, based on their non-Jewish classic counterparts, will take the world by storm. Pacman becomes Qvetchman, as Jewish Gobblers complain about everyone and everything doing them wrong as they gobble them up. Sonic the Hedgehog morphs into Yitzchak the Hamster. Super Mario Brothers transforms into Impressive Mendel Brothers, carrying cans of borscht instead of paint. Pokemon becomes PokeYourMom, with kids enlisting the aid of mythological creatures to get back at their overprotective moms. And Angry Birds will evolve into, of course, Extremely Irritated Hebrew School Students.

8. Jewish Virtual Reality Headsets – Jewish Virtual Reality Headsets will enable their wearers to immerse themselves in virtual worlds to experience any number of most desired Jewish fantasies. Among the most popular: a family dynamic in which children call and visit often, and never forget birthdays, anniversaries, and important holidays; children who graduate at the top of their high school class, enter medical school, and buy their parents new cars and homes; and dinner guests who regularly request and enjoy seconds, thirds, and fourths without having to be urged to do so.

9. World’s First Jewish Robot – 2017 will mark the creation and introduction of the Irving 5000 or the Rebecca 5000, the world’s first Jewish robot. Features will include an automatic monthly feature to pledge money to Israel, a chef feature which prepares your high-fat comfort foods of choice, a romance feature which kicks in if and only if you marry the robot, and a voice chip enabled to compare you unfavorably with your more successful friends and relatives.

10. Jewish Space Aliens Land on Earth – An advanced civilization of Jewish space aliens from the future land on earth, demand an audience with Woody Allen, and beg him to return to making his earlier, much funnier films.

British vs. Yiddish
Who Was Josephus? The Controversial Backstory of the Famed Historian
Should I Break Up, Get Engaged or Keep Dating?
Time Is Your Precious Commodity
Comments
MOST POPULAR IN Jewlarious
Our privacy policy