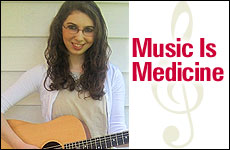 If I can help change the world, so can you.

I had nearly finished my sophomore year of a modern Orthodox Jewish day school, and my sister, Ariela, had just finished her junior year of college at Johns Hopkins University. And before us stood three months of endless, beautiful, anything-can-happen summer.

“Work on this music project with me,” she said, while I was still drowning in Tanach and algebra finals. “It’ll be fun.”

I looked at her curiously, paused only for a moment, and then shrugged. “Sure, sounds good.” 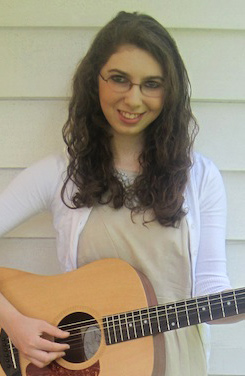 Little did I know that my quick, halfhearted agreement would change my life.

The Hackerman-Patz House is a residential house in our hometown of Baltimore, Maryland for children who come across the globe to receive limb-lengthening surgeries and therapies. That summer, we allowed the patients to select themes for songs to be written and recorded in their honor. The album was entitled A Friend Like You and contained songs of hope and inspiration for incredible children who face unimaginable challenges each and every day. For children who inspired me to appreciate the little things in my life, we returned the favor and wrote songs of inspiration for them.

My sister entered medical school and I went on to produce a second album the following summer entitled When You Wish On a Star. One song in particular – Trapped in Her World – remains ingrained in my mind. The chorus reads:

She’d never fly, she’d never soar
Past her doubts and her cries
Past her tears and lies that she’d never win
So inside she would sit
Waiting for Romeo and Juliet to have a happy ever after
And dreaming that someday she’d be a girl who wasn’t trapped in her world.

I first met the girl that inspired this song when she was 11 and I had been volunteering at the facility with a friend before starting high school. A brown teddy bear subtly covered her prosthetic leg, her small frame sat in a wheelchair, and she was consumed by shyness and trapped by her hardship. Three years later I returned with Music is Medicine – the title of our program – and she had transformed into a liberated, optimistic soul. She was no longer trapped in her world.

I am currently creating a third album for children at the Hackerman-Patz House entitled Welcome to My Beautiful Life that I hope to complete before my sophomore year of college.

Nine months ago I entered my freshman year at Princeton. I entered a whirlwind of change and self-exploration and, simply put, confusion. Music is Medicine was on the backburner. It was a childhood pastime. Now it was time to face the future. Adulthood. Maturity. Inorganic chemistry.

But my lackadaisical attitude towards my “high school hobby” didn’t last long. Within weeks, my newly-established social circle had somehow discovered I had this little music community-service project in high school and, for some reason they became passionate about it. They wanted to learn more, and some wanted to get involved. I knew that I had to continue Music is Medicine.

I set out to turn Music is Medicine into a national powerhouse.

I went on to recruit a team of classmates to revolutionize the organization with me. We weren’t just aiming to create a local chapter at a nearby hospital; we were aiming for national expansion. Amidst balancing my coursework and my position as Religious Life chair of the student-run Jewish Orthodox group on campus, I set out to turn Music is Medicine into a national powerhouse. I researched effective nonprofit marketing strategies, began construction of a website, and scavenged for grants and funding resources. I was passionate about my cause and willing to do everything and anything to turn my change-the-world dreams into a reality.

As visions of Music is Medicine chapters emerging across the country swirled in my mind, everything changed on March 25, 2011. I was selected to attend a week-long conference in New York City for teenagers across the globe with projects that promote a more peaceful society. The Just Peace Summit named 31 teenagers “Global Teen Leaders” and provided weeklong training in nonprofit management and access to resources and support previously unimaginable to many of us in our quest to make the world a better place. I now had a network of mentors supporting my vision for change, a group of friends with passions identical to mine with whom I maintain contact on a daily basis, and, most importantly, newfound confidence.

During the past year, I have been contacted by teens nationwide wanting to start chapters, and I have created a summer internship program to invite students from across the country to help run the national organization. Now, I am working on a new project that involves professional artists and bands from across the United States. The Donate a Song Project will produce a charity album of songs written and performed by artists of various genres who will travel to a children’s wing of a hospital and write a song of inspiration in response to their experience. God willing, a compilation of 8-10 songs will be released in an album that will be sold nationwide to raise money for medical charities.

The Donate a Song Project has the potential to change lives. To fund this effort, Music is Medicine is competing for one of ten $50,000 Pepsi Refresh Grants for the month of June. You can vote once a day at www.refresheverything.com/musicismed through June 30 to help us make music that makes a difference in the lives of children in need.

Everyone Can Fix the World

I wake up every morning eternally grateful. God has given us the wonderful ability to impact someone else’s life. To make someone smile. To brighten their day and lighten their hardship. We all possess various interests and skills, and we all equally possess the ability to better our beautifully imperfect world. Beautiful because of the flaws that motivate us to give to others.

We all have the ability to change someone else’s life.

Tikun Olam – Fixing the World. Our Torah teaches us this simple idea, but we constantly take it for granted. Each time I make a sick child smile with my music my heart warms, and the world, for that one, shining moment, is perfect. I don’t need to aspire for Music is Medicine to become the “new Red Cross.” I only need to continue living a life in which each decision I make is driven by a desire to do good. And at the end of the day, even if I don’t win $50,000 to allow artists like Taylor Swift and the Jonas Brothers to record charity songs for children in hospitals, I know that my life is still worthwhile.

I’m anything but super girl. I'm just your average teenage girl. But when you think about it, we all have the ability to change someone else’s life. We’re all made in the image of God, and we’re all extraordinary in our own perfectly unique way.

Purim and the Secret to Happiness

It's My Party
Lessons from the Book of Jonah
Where Are We? The Body, Brain, Soul Problem
Dr. Sheila Nazarian’s Escape from Iran
Comments
MOST POPULAR IN Spirituality
Our privacy policy
Aish.com Is Looking for Great Writers