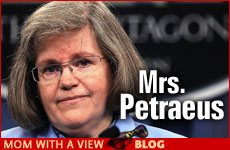 What has happened to the power of sisterhood?

When I went to college, it was the era of feminism (which arrived in Canada about 10 later than it did in the US). Women without men were like fish without bicycles. Sisterhood was powerful and if women ruled the world, it would be a kinder, gentler place.

Although I got swept up in some of the feminist ideas (concerns about using women to advertise cars and beer for example, a battle that seems to have been lost and only gotten worse), I never believed that women were superior, nicer or would do a better job of running things. I didn’t buy into the kinder, gentler notion.

But we need not turn to such egregious examples. We just need to listen to the conversations among women (and girls) of all ages – the cattiness, the backstabbing, the betrayals. We just need to hear of the story upon story of relationships and marriages gone awry when her “best friend” entered the picture. We’re always shocked anew but it’s actually become a familiar story.

As much as I recognize this phenomenon, as much as I see the fallacy in the original feminist vision, I was still surprised by the reaction of some of my female friends to the Petraeus scandal. (Not that story again; isn’t it old news?!) For all the newspaper and media coverage, I think this aspect was never touched upon.

“Did you see the pictures of Mrs. Petraeus?” asked one acquaintance. “She looks so old and dowdy.” “Compare her to Paula Broadwell,” chimed in another. “Who can blame him?” piped up a third.

Well, besides provoking reflection about the company I keep (!), this conversation gave me pause. Where was the loyalty, the identification, the banding together on behalf of a woman wronged?

And, of course, it goes way beyond feminism and sisterhood and catchy slogans. Where was their moral compass? Is it okay to cheat on your wife if she looks a little careworn? (I would think that marriage to a career military person would be particularly stressful with the long absences, the constant danger and the single parenting – I get tired just thinking of it!) Is there no longer an expectation of commitment? Of integrity? Of loyalty and trustworthiness?

What did it say about these women’s own expectations? Would they, too, betray their spouses should a successful four-star general come their way? Were they so sure they were the Paula Broadwell figure (what about her husband?) and not the Holly Petraeus one? Have they no empathy for how she must feel?

It scared me; how quick we are to throw a “sister” under the bridge, how fragile our moral moorings.

I think sisterhood could be powerful. I think women could reclaim the moral high ground. If certain women refused to be mistresses and others refused to countenance it, the problem would disappear.

We have been taught that it was the faith and actions of the righteous women that led to the redemption of the Jewish people from Egypt. Women can make all the difference. We can deem certain behaviors intolerable – and match our actions to our words. We can admonish our friends who are having affairs instead of sympathizing with their plight. We can stand for solid values and not sway with the times – and the newspaper photos!

Our female ancestors showed us we have the potential to unite and lift the world. We have the potential but it remains untapped. We need to elevate ourselves and those around us. It’s not too late. We can turn the tides. We can change our attitudes. We can adjust our expectations. And we can start having totally different conversations.