Moses and the Secret of Greatness 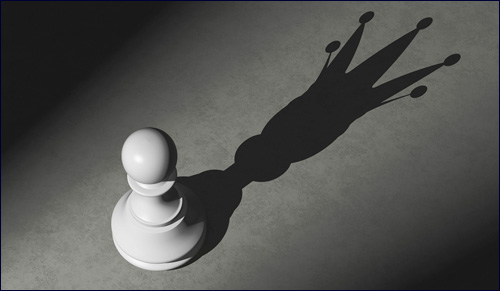 Moses, not Muhammad Ali, was “the greatest” because he never acted as if he was superior to anyone else.

Once upon a time, becoming a Bar Mitzvah meant coming of age and bearing greater spiritual responsibility and accountability. For many today, turning 13 means become a brand with your own logo designed for the occasion and yarmulkas, clothing, and gear bearing your special insignia. Before protesting, please understand: I am not suggesting there is anything wrong with this trend as it is all in good fun and adds to the excitement and enjoyment of this major milestone. However, it should not be lost on us that this phenomenon is likely the result of a larger trend in society today.

Muhammad Ali’s recent passing elicited overwhelming reverence, admiration and affection, despite his being one of the most bombastic and pompous athletes or public figures of all times. Consider a sampling of his famous quotes:

“It's hard to be humble when you're as great as I am."

"I am the greatest, I said that even before I knew I was."

“It’s not bragging if you can back it up.”

“I’m not the greatest, I’m the double greatest.”

"I'm the most recognized and loved man that ever lived cuz there weren't no satellites when Jesus and Moses were around, so people far away in the villages didn't know about them."

“At home I am a nice guy: but I don’t want the world to know. Humble people, I’ve found, don’t get very far.”

Humility means recognizing that your unique talents are gifts from the Almighty that create expectations rather than fame and entitlement.

Ali may have been talented, charming and entertaining, but on humility he was absolutely wrong.

In the seventh of his thirteen principles of faith, the Rambam writes:

We believe that [Moses] is the father of all the prophets before and after him, all of whom were beneath him in stature. He was chosen above all mankind, achieving a greater knowledge of the Almighty than anyone before or since. Moses reached a level that surpasses human attainment and approximates the angelic. There was no barrier that he did not penetrate, no physical limitation that hindered him, and no imperfection large or small [to impede him]. In achieving this [level], he lost his sensual and imaginative faculties; his drives and desires ceased, leaving only his pure intellect. Concerning this it is said that Moses communicated with God without any angelic intermediary.

Essential to our faith is the belief that Moses was the greatest person to ever live or that ever will live. What enabled and empowered Moses to actualize human potential more than anyone else? How did he achieve this unparalleled lofty level that can never be and will never be replicated?

The answer can be found in the Torah where it describes Moses, “And the man Moses was more humble than any other person” (Numbers 12:3). Moses’ modesty and unpretentiousness allowed him to see himself as a vessel to serve the Almighty, improve the world and be of service to others. He had absolutely no ulterior motive of elevating his brand or increasing his name recognition or his net worth. His pure intent and practice combined with his unsurpassed potential made him the ideal medium for God to communicate through.

Humility for Moses did not mean denying his unique talents, abilities, and opportunities. It simply meant recognizing that they are gifts and blessings from the Almighty and that they obligate rather than entitle, they create expectations, rather than fame and notoriety. Moses understood that whatever gifts we have are on loan. They are borrowed but never owned and can be taken from us at any moment.

Your gifts are borrowed but never owned and can be taken from us at any moment.

Chuck Knoblauch was a Rookie of the Year, won several World Series rings, earned a Gold Glove and Silver Slugger awards and went to four All-Star games. But as a second baseman for the New York Yankees in 2000 he shockingly and inexplicably lost the ability to throw the ball from second base to first base, something every little leaguer is capable of doing. After trying different positions to solve the mysterious problem, he never regained his previous ability and ultimately retired early from baseball.

Brian Johnson is the lead singer of AC/DC, considered one of the most legendary rock bands of all time. In 2003 he was inducted into the Rock and Roll Hall of Fame. A few months ago, while in the middle of a concert tour, he had to pull out and suddenly retire at the instruction of doctors who warned him he could suffer complete loss of hearing. Johnson said, “I've had a pretty good run. I've been in one of the best bands in the world.”

Even Ali’s extraordinary athletic skills were borrowed but not owned. After retiring more than once, he was forced to retire for good following a unanimous 10-round decision loss to Trevor Berbick.

Muhammad Ali was not “more recognized and loved than Moses” because there were no satellites. It was because while Ali built his career by being self-promoting, Moses was the most humble person of all time. It is exactly because he was humble and knew that his gifts were borrowed but never owned, that he in fact “got much farther” than anyone that ever was or will be.

Our personal and private relationships need humility, not hubris, modesty, not self-marketing. To be humble, you need not deny what you are good at or the blessings and gifts in your life. You simply have to be mindful that the talents and skills you employed towards any achievement or accomplishment come from Above and can be taken away as easily as they were given. Humility means living with a sense of gratitude and like Moshe, a sense of obligation and responsibility to use our gifts in the service of God and our fellow man.

Moses, not Muhammad Ali was in fact “the greatest that ever lived,” and it is largely because he never spoke or acted as if he was better or superior to anyone else.

Go for the Touchdown

Are You a Circle or Line?

The Fear of Wisdom Ethics of the Fathers, 3:11
Why Are The Prayers Of Yom Kipur So Repetetive?
Ha'azinu 5783: A Time for Unity!
Twisted Thinking
Comments