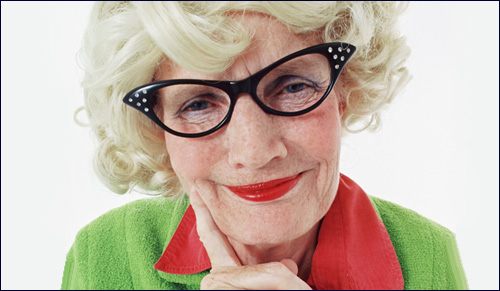 You should get one of those Medic Alert thingies so you don’t lie on the floor screaming.

I’m off the professional clock, and you, my dear readers know, when faced with personal angst, anxiety, questions, issues, I morph into Marnie, the slightly meshuggah Jewish mama with a pisk that reaches from here to Pinsk. Worry, preventing worry, creating worry, is a large part of it. Not that I don’t worry about my clients, I do. But usually they bring up the subject which is professional. They talk, I listen … and I calmly help them dig for roots and strategies that will move them forward. In personal matters, however, the Yiddishe Mama part of me usually brings up the subject. After all, what’s a mother for?

NORMAL WORRY PREPARATION FOR THE WORST:

ME: (TO MY SON) Darling, with your Smart thingy, send me pix of the taxi driver and his number, along with the cab company in case he’s wanted. Also, don’t discuss politics in the cab with a person named AbdulAmwarAhmed or anyone with a lot of “A’s” in his name. I researched and eight of the 36 wanted terrorists as of 2011 have names that start with “A.” That’s a huge percentage. No. I’m not paranoid. Check it yourself: #TERRORISTS THAT START WITH”A”

ME: (TO A 25-YEAR-OLD SINGLE FEMALE COUSIN) Hi sweetie. Listen, I already told your mother, but I feel better telling you personally. When you go to England, stay away from lonely roads. For some reason, more young women go missing from furshluggener dirt roads in Upper South Kenwyckym than in New York, New Jersey and California combined! SO NO ROADS AT NIGHT.

ME: (TO MY FRIEND): Do you have Locksafe? I saw it on a commercial. I Googled it and found a whole list. Some are industrial, some are good for guns … and you have to be a mechanic with a memory like an elephant to remember what and where to turn it. A gun is easier. Let’s think it over. I’m also looking into those Medic Alert thingies, so I shouldn’t be lying the floor screaming. But then, if I can scream, who needs it, right? With my voice someone will hear, right? Awaiting your answer earnestly.

ME: (TO MY COUSIN): I read in the New York papers, they’re tearing a building down in Lower New York. With your allergies darling … you could chalosh from the dust alone. I read dust travels even up to 72nd Street. So, close your windows and get a 1,500 Sq. Ft. Allergy Air Purifier. It’s got a HEPA filter, activated military carbon cloth and it gets rid of chemical gasses in your apartment. I found it online at Sharper Image. It’s about $600. Not cheap, but then you spent that much on that yutz herbal lady who had you hold your hands at right angles to tell you it isn’t good to eat raw sugar 10 times a day.

ME: (TO MOTHER OF YOUNG NEPHEW) I know it’s his first eclipse so I sent him goggles and told him not to get too close. Don’t laugh. Watch “Delores Claiborne” on Netflix. I promise you won’t laugh.

ME: (TO SON ON EMAIL) YOU’RE NOT WEARING YOUR SEATBELT … I CAN FEEL IT.

ME: (TO ENGAGED CHILD OF FRIEND) Darling, I’ve known you since you were born, so you’re like my own. To my own I’d say: “Forget Niagara Falls for the honeymoon!” A) Haven’t you noticed how many honeymooners have been lost at sea recently? B) The boat, the Falls, are windy. Should someone fall overboard or choose to drown, remember … you only learned to float, not swim. Better you should visit me in Las Vegas where it’s much safer.

ME: (TO COUSIN) OK, calm down. So your son said he didn’t care if he had mustard of ketchup on his hot dog because we’ll all be dead in 6 gazillion years anyway. Stop worrying. It’s a perfectly normal question for a smart seven-year-old Jewish boy. Just tell him you’ll buy him a dirt bike for his bar mitzvah. Trust me, he’ll do the math and start eating again.

ME: (TO A MARRIED OLD FRIEND) I just got this book to review its claims: “Marriage Makes You Fat.” Did you ever hear of such insanity? Having children makes you fat. Joining an exercise club makes you fat. (I figured I would lose so much weight I could double my carb intake. OK so math wasn’t my strong suit.) By the way, is “carb” a food group? It should be! According to Wikipedia water is sometimes a food group! So we’re not fat … we’re over bloated.

ME: (TO A NEWLYWED FRIEND APARTMENT HUNTING) Get an apartment with at least two bathrooms! Take it from me, to a husband “bathroom” is a holy sacred word. Thirty years my late husband announced: “I’M GOING INTO THE BATHROOM” the way a surgeon says, “DON’T TOUCH ME, I’M STERILE.” To my husband it was like The Fortress of Solitude … he had magazines, water, his cell phone, a tiny TV … and I once found a jar of gefilte fish and borscht behind the cotton balls. It’s their version of Club Med.

ME: (TO A GROUP OF WOMEN I WAS ADDRESSING AT A HADDASSAH MEETING) So … we have time for one more question. Yes, Becky. What? Your husband said he treats you the same exact way he treats his mother – and is that a good thing? ……………………………….. So, who’s up for some chopped liver or Danish?

Jimmy Carter and Khaled Meshal Wed in Secret Damascus Ceremony
Should I Break Up, Get Engaged or Keep Dating?
Time Is Your Precious Commodity
A Constant World in Flux
Comments
MOST POPULAR IN Jewlarious
Our privacy policy