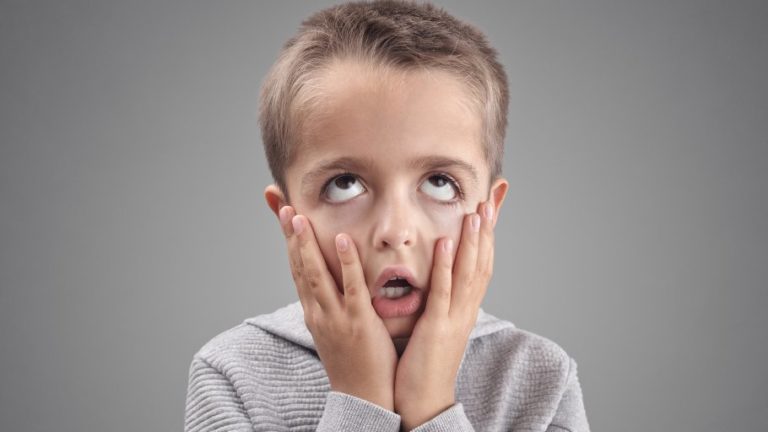 Your child does not need to be entertained every second.

When my children were young they loved listening to a song about a father who doesn’t heed his friend’s advice and takes his kids to a store. What ensues is a litany of demands and a cacophony of noise until the poor, harassed parent capitulates and buys his children what they request. The punch line of the song is that an hour after return home from this shopping adventure, all the children complain that they are bored!

The song is humorous (and painful) for both parents and children because it strikes a chord. We’ve all been there. What interests me is not the idea of children kvetching about being bored, but our reaction. If we look around at the world today, it seems that parents are terrified of the notion. Kids are programmed from morning until night, rushing from school to after-school sports and dance and music lessons. Mini-vans have built-in DVD players so on a long ride kids can watch a movie instead of risking boredom (or fighting with each other in the back seat which was many a child’s activity of choice in earlier days). Restaurants have iPads at the tables to keep the young ones occupied. And even my little 18-month-old granddaughter likes to sit with someone’s phone and swipe through the pictures. It’s cute now but it won’t always be…

Whose needs are being served here? Why the frantic compulsion to fill every minute?

I think it’s all fear-based, with perhaps two main fears at the core. I’m not saying these are irrational fears but perhaps they are fears that we need to face and accept and move through.

The first is the fear that if our children are bored, they will turn to us for entertainment. This is a terrifying concept for most parents. Not only do we not feel up to the task but we also feel that we have so many other things on our plate that we don’t have time to provide entertain to our children. The first fear I am sympathetic to; we are not all creative, we can’t always think of exciting projects and games and don’t get me started on the possible mess.

But having said that, I am less empathic to the second argument. Yes we are all busy. But spending unstructured time with our children is part of our job description, part of how we bond with them, part of how we create memories that endure. When our children are bored and turn to us, this is our opportunity to listen, to pay attention, to finally get that quality time we claim to want.

That’s from the adult perspective.

From the children’s perspective, although initially they may fuss about their lack of access to the computer or the television or some other device, if we stand our ground, if we refuse in any way to provide entertainment (because we genuinely are busy or because we think this is the better choice in the situation) they will ultimately entertain themselves. And discover hidden reserves of creativity in the process.

Countless “shows” have been created out of unscheduled afternoons, countless performances have occurred in our backyard. Apparently Lin-Manuel Miranda, the creator of the successful Broadway show “Hamilton” claims that he drew his inspiration from his bored times in his childhood bedroom.

We may rationalize or truly believe that we are helping our children by keeping them too busy to every be bored but I think we are stunting their growth and inhibiting their ability to develop tools to entertain themselves, to learn about the world, to create literature or new technology or even just daydream.

Believe me; I am empathic to the sinking feeling parents experience when we hear those words. But once we recognize that it’s in their best interests, that it’s not only not our obligation to entertain them but that it’s not even good for them if we do, we can confidently assert that we are not their camp counselors and walk away. And then we can quietly tip toe back down the hall a few minutes later to see or hear them making their own plans and creating their own entertainment.

You Cannot Be Anything You Want

That Jerk is Also Created in the Image of God

Parenting's Most Essential Trait
Olivia Newton John’s Grandfather was a Nobel-Prize Winning Jewish Physicist
Don’t Believe in Other Gods Versus God is One
Seeing Without Eyes
Comments
MOST POPULAR IN Family
Our privacy policy
Aish.com Is Looking for Great Writers