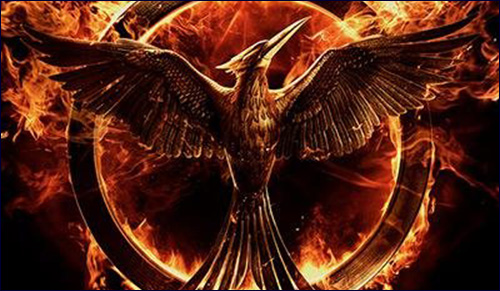 For a nation fighting a war, how do they get like minded people in the other parts of the world to support them? It’s not the justness of their cause. It’s how well they can manipulate the media.

This might not be a secret to most of my readers, but I like movies. What I don’t love is the news.

Of course, some days, trying to not pay attention to the news is like trying to stuff a bouquet of helium balloons into your trunk. Especially with some of the recent stories coming out of Israel.

Most of the media is not just reporting on the war, it’s actually part of the war.

But I usually prefer fiction. I have 3 reasons:

1. I write upbeat articles for a living, and it’s hard to do that with depressing news constantly clawing at my mind. Movies are not as depressing, because the good guys always win. Sometimes the good guys win in real life too, but it takes a lot more than two hours.

2. I’ve never found a good time to get caught up on the back story. Movies generally make sure to give you enough information so that you come in on the ground floor, but the news usually does not. Should we go back and binge-watch a whole season of the news to understand WHY Israel was bombing Gaza? Because if you walk in for the last twenty minutes of any action movie, it looks pretty bad for the good guys.

3. Also, in fictional stories, it’s a lot easier to tell whether what you’re seeing is really what happened: Of course it didn’t happen. It’s fiction. For example, there’s no actual walking dead. At least not until Moshiach comes, and I seriously hope they don’t look like that.

So I don’t watch a ton of news, though I do at least sometimes watch a work of fiction that’s somehow a comment on society. Like the Hunger Games, for instance. I recently watched The Hunger Games Part 3 Part 1, which I found to be surprisingly short on Games. And Hunger.

In the movie, Katniss Everdeen (Jennifer Lawrence), is rescued from the most recent Hunger Games, in which she caught fire, by an underground resistance (Literally. They all live underground.) in District 13, who want her to be the face of the rebellion – the mockingjay – because, as Jennifer Lawrence, she’s so down-to-earth.

But Katniss doesn’t want to do it. She wants to sulk and cry for her emergency backup boyfriend, Peeta, who she thinks may be dead, but if he’s not, he was definitely kidnapped by the Capitol. And nothing will change her mind – even when District President Coin explains to her that the Capitol bombed her hometown – District 12 – killing everybody except for everyone she knows. So Plutarch Heavensbee, the ex-gamemaker whose name sounds like he came straight from the set of Harry Potter Part 7 Part 3, where he designed a new, more-dangerous quiddich field, says that someone should take her to District 12 and show her.

And there is. The move works. Well, that and the sudden appearance of Peeta on everyone’s TV screen as the new face of the Capitol, assuring everyone that there’s no need for rebellion.

Not much else happens in this movie. It’s pretty much people sitting around and watching the news. And filming ads, like those political ads where a candidate wanders around a demolished region and badmouths the other candidate, the message being, “The other candidate demolished this region, apparently. But here I am, walking around in it.”

If this movie teaches us anything, it’s how big media influence is in a war. Most of the media, as it turns out, is not just reporting on the war, it’s actually part of the war, swaying people to one side or the other. It’s a weapon, and a particularly effective one.

Think about it: For a nation fighting a war, how do they get like minded people in the other parts of the world to support them? We need to show them, because explaining isn’t enough. Should the Districts listen to Katniss or Peeta? Is Peeta voicing his honest opinion? Has he been brainwashed? Or is he being forced to say what he’s saying? The Games in this movie aren’t kids running around in front of a camera, it’s what’s going on BEHIND the camera.

And sometimes, behind the camera, one or more sides are playing with the truth – sometimes with outright lies, sometimes through carefully omitted details, and sometimes with twisted, one-sided logic, such as, “We should probably adapt this last book into TWO movies, because people love cliffhangers. Every time there’s a cliffhanger, everybody shows up for the resolution, right?”

In this movie, it’s the Capitol. Since the very first movie, the Capitol has used the media as a way of distraction from what’s really going on in the world. But now they have to address it. How will they choose to do that?

The interesting thing is that while the first two movies are meant to be a comment on pop culture, and how it’s a little too realistic – kids are actually dying for entertainment – this movie shows that the actual news reports – which should be true – are often not. It turns out that the Hunger Games were more real than the news broadcasts.

In fact, both sides wanted to lie. At first, the rebels tried to stage footage indoors using terrible CGI and Katniss acting unnaturally and not sure what to do with her hands. But it turned out that the scenes needed to be shot honestly. Katniss did her best when she wasn’t told what to say – when she went out and saw what was happening and spoke from the heart. Show, don’t tell. That’s what people respond to.

And here I thought the Jews controlled the media.

Okay, sometimes it’s just the headlines and banners that are misleading. If you read the last paragraph of the news article, there are some words that reflect the truth. But who has that kind of patience? This is why headlines exist. No one reads articles. In fact, for the people who are reading this article, I’m going to reward you by recapping the rest of the movie in the form of possible news headlines from the movie, taken from the Capitol News Network (CNN), the Capitol Broadcasting Channel (CBC), the News Broadcasters of the Capitol (NBC), and the Capitol Broadcasting Station (CBS):

But what can WE do? For one, don’t just read headlines. See the situation for yourself. Read the whole story, and look at the history and the background and understand the motivations, like we do with fiction. Don’t walk in in middle of the story and judge the hero for dropping the villain off a cliff.

We don’t know if the major networks are actually biased, like the Capitol, or afraid of saying the wrong thing, like Peeta. If you accidentally speak out against the Jews, they’re not going to bomb your country.

But at the very least, recent events in Israel opened our eyes as to which news sources we can probably trust and which we should take with a grain of salt. Now we know. They played their hand too soon.

It’s like the movie says: “There’s explaining and there’s showing.”

The worst is always when you don’t actually know who your friends are. “The more you know,” right? I believe it was NBC who said that.

So yes, I should probably watch CNN, because it’s less tragic for the Jews. On the other hand, a lot of people are very upset because of the media bias and are talking about boycotting these TV stations. I’m not going to, because they produce a lot of shows that I like. If they’ve proven anything, it’s that they’re good at fiction.

In the movie, Katniss was a symbol – the Mockingjay. Hopefully, Mockingjay itself will be a symbol to the world to not just believe everything they hear. Will it be effective?

To be continued, apparently.

A Simple Song for Israel
Olivia Newton John’s Grandfather was a Nobel-Prize Winning Jewish Physicist
Don’t Believe in Other Gods Versus God is One
Seeing Without Eyes
Comments
MOST POPULAR IN Jewlarious
Our privacy policy
Aish.com Is Looking for Great Writers