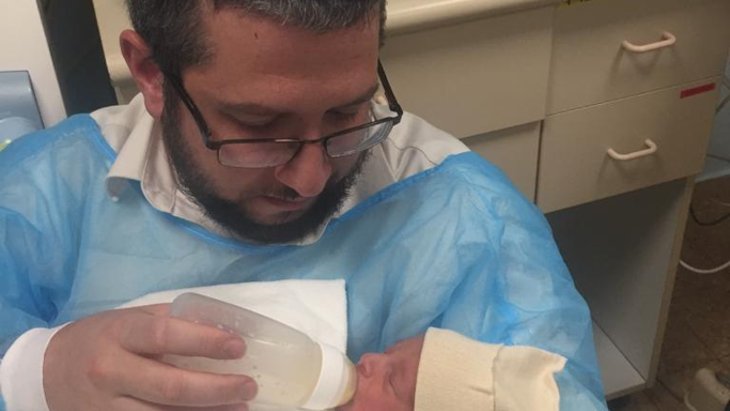 The remarkable story surrounding my son’s birth and lessons we can all learn from it.

Driving in Long Island, NY, on my way to speak at the next high school during my recruitment trip for my seminary, my wife Shifra called me from Israel. “Yossi, I think my water broke.”

I had just landed in New York that morning for day one of a three week recruiting trip across the US when I got the call. We had planned the trip perfectly; I was slated to be back for my wife's ninth month. “Man plans and God laughs.”

“Are you sure?” I said in disbelief.

Luckily, my parents were over and my father took her to the hospital. Once the doctors confirmed that Shifra was in labor, I worked on getting an immediate return flight to Israel. A couple of hours later, I was booked on the El Al direct flight leaving that night. In the meantime, her labor continued to progress, and by the time we took off at 11:50 PM, she was in active labor.

My flight had no Wi-Fi, so I couldn’t get updates. A few hours into the flight, with another 7 hours until landing, I was restless. There had to be some way for me to find out how Shifra was doing. I approached one of the stewardesses, Adi, and explained to her that my wife in Israel was in labor and asked where there was Wi-Fi so I could get an update. She told me that there was no Wi-Fi anywhere on the plane, but I should give her my wife’s information, cell phone number and what hospital she was in and she’d see what she could do.

Not expecting much to happen, I put on my Tallit and Tefillin and began davening Shacharit. Ten minutes later, the stewardess approached me with a tray of wine and chocolates and a tear in her eye. “Mazel Tov! You have a new baby boy, and everyone is well!” 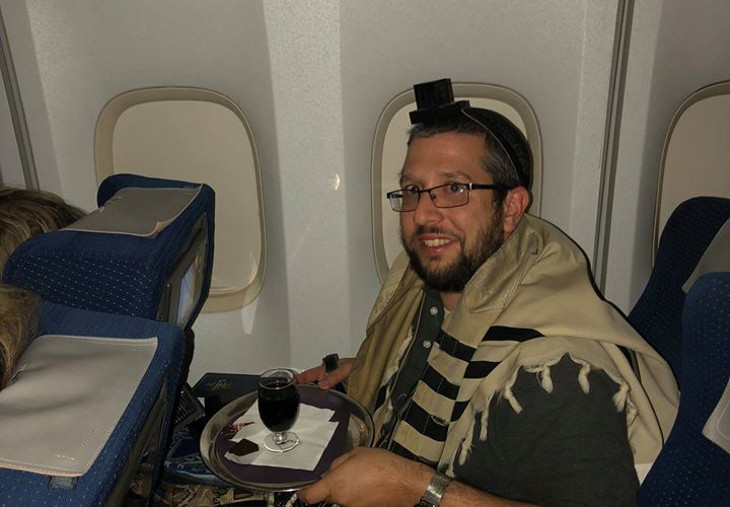 Wine and Mazel Tov on my flight home.

Adi had reached out to the pilots in the cockpit and they used their satellite phone in the cockpit to call Shifra's cell phone. She was a few hours post-birth and thankfully picked up the phone. Through the static she was able to hear the words “pilot” and “El Al”.

“I think you’re saying that you’re my husband’s pilot?”

“Please tell him that we had a boy and that everyone is okay.”

Throughout the rest of the flight, other stewardesses kept coming over to wish me Mazel Tov, and when we landed, the pilot made a special Mazel Tov announcement, resulting in lots of cheering! Upon exiting the plane, I ran directly to the hospital to be with my wife and newborn son.

But the story does not end there. Shifra and I felt a tremendous amount of thanks, particularly to the stewardess and pilot, for going above and beyond to help us. That night, I wrote a Facebook post with a summary of the story, while thanking and tagging El Al airlines as well. 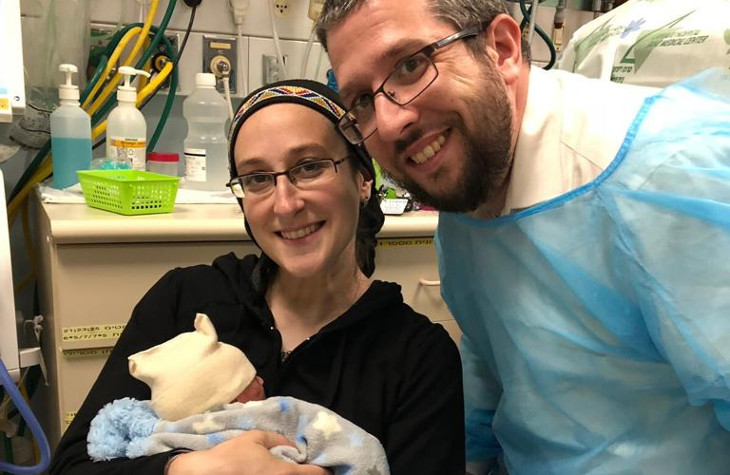 Seeing my son for the first time.

What happened next was totally unexpected. The post went viral, receiving over 12,000 likes and 2,500 comments, an overwhelming majority from people who didn't know us but simply were touched by our story. Yediot Acharonot translated my post into Hebrew and posted it on their Facebook page, as did other news websites and newspapers. I was even invited to do an interview on the morning show for Keshet TV, appearing together with Adi the stewardess. People were inspired by the beautiful and incredible story.

Amongst the thousands of comments we received:

“Love this. There are still some people with a heart in this world!”

“I'm crying… for a touch of humanity that seems so rare, pride for Israel, and thanks for sharing!”

“Yossi – I don’t know you, nor am I likely to meet you or your family, but your story touched a chord. Such a lovely uplifting story. Am Yisrael Chai! From someone in England who was touched by your story.”

Looking back a year later, there are a number of important lessons that I believe we can learn from this incredible story.

1. Our story shows how little control we have over the events surrounding our lives. Shifra and I had planned my trip perfectly, balancing my work needs with that of my family. But everyone once in a while, God jolts us out of our false sense of control, as if to say, “Don’t forget who REALLY runs things around here!”

2. So many people felt connected to our simcha. Never before had we felt the “hug” of Am Yisrael so profoundly. Despite all the infighting and divisiveness within our nation, the Jewish people really is one family – and a vibrant and strong one.

We chose to name our son Meir Amichai. While the main reason for the name was after Shifra’s maternal grandfather Meir (Max), a Holocaust survivor, there are many layers of meaning to this name. With all of the hullabaloo that our son Meir caused with his birth, ultimately his goal was to be “meir” that “amichai”, to “illuminate” for us and the Jewish world that “ami chai”, “our nation is alive” and well. We are a family; we are strong, vibrant, and there for each other. 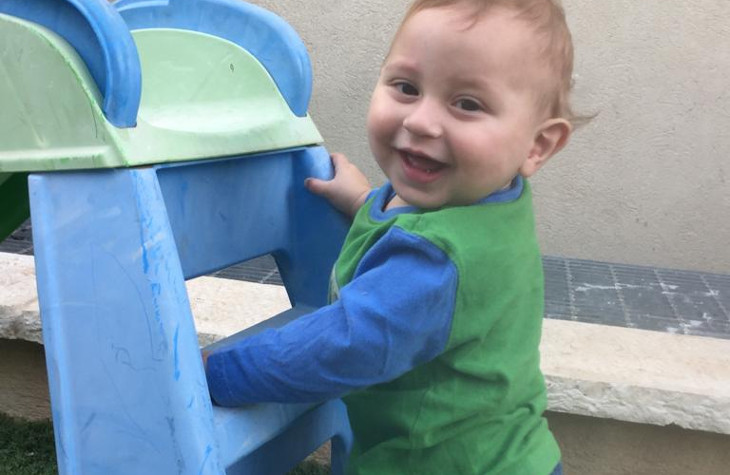 3. We all love to hear about acts of kindness that happen to others, but what do we do actively to bring kindness and happiness to those around us? As the holiday of Hanukkah approaches, let's remember that even a small spark of light can distill the deepest darkness.

Our little Meir, who just turned one, has already brought so much light into our lives. If we all focus more on adding light to the lives of those who we encounter, then not only will we deeply impact those around us, we will also bring ourselves and our community one step closer to the day when the ultimate light will illuminate this world, bimheira biyameinu.

Rav Yossi Goldin is the Founder and Menahel of Midreshet Torat Chessed, a gap year Seminary located in Netanya, Israel, at Bet Elazraki Children’s Home that combines Torah learning and chessed on a daily basis- where he oversees all aspects of the program. He grew up in Englewood, NJ- and currently lives with his wife Shifra and 5 children in Shaalvim.

Children and the Art of Saying Sorry

What Motherhood has Taught Me
Scientific Curiosity and the Divine Encounter
Mind Over Milkshakes
Love the Convert
Comments
MOST POPULAR IN Family
Our privacy policy
Aish.com Is Looking for Great Writers