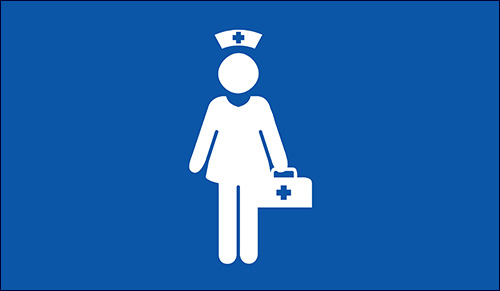 I think it’s time we dispelled all these old wives’ tales about medicine that we’ve been hearing and repeating since our childhood.

I think it’s time we dispelled all these old wives’ tales about medicine that we’ve been hearing and repeating since our childhood.

1. Every three years, the medical community puts out a study that says that eggs are alternately good for you or bad for you.

2. We’re willing to start a brand-new diet every week because scientists all of a sudden say that the previous diet made no scientific sense, but don’t worry, this new one is going to work.

We can’t accept anything that we know about medicine as an unchangeable fact.

3. When we were little, our mothers put us to sleep on their stomachs, because that’s what doctors were saying to do at the time.  Then all of a sudden, all the doctors said, “Wait!  You’re supposed to put them on their backs!  We’ve been reading these medical textbooks upside down!”  Then, by the time I got married, everyone was saying that babies are supposed to sleep on their sides, even though that’s not physically possible.  Then they said that none of these is okay, and that you have to keep flipping the baby every five minutes, like an omelet.  So most babies these days end up going to sleep on their father’s stomach after he passes out in the living room.

What does this tell us?  Basically, it tells us that we can’t accept anything that we know about medicine as an unchangeable fact.

But then why is it that the things we heard when we were little, we not only believe are true, but we believe that research on the matter will never change?  Like how our mothers told us that we shouldn’t go swimming right after eating.  Thirty minutes, they said.  They gave it a time, like meat and dairy.

To be honest, I’m not sure of the point of such a rule.  Even if I tried going swimming right after eating, I’d first have to get to the pool, change, and then do that fifteen-minute process where I put my toes in the water and go, “AAAAHH!  It’s COLD!” By the time I get in, there’s no danger in swimming.

But it turns out that there never was a danger in swimming.  According to statistics, fewer than 1% of all drowning cases happen on a full stomach, and not one case has ever been linked to eating.

Yet we will repeat these myths into the ground, even though some of them were even created as myths in the first place.  You know how they say that carrots are good for your eyes?  I’m not saying they’re bad for your eyes.  They do have vitamin A, which is good for your eyesight in that if you don’t get enough vitamin A, your vision will get worse.  But it’s not like eating an entire truckload of carrots will suddenly enable you to see through walls.  It will turn you orange – that one’s not a myth – and everyone else, who doesn’t eat as many carrots as you, will look at you and think there’s something wrong with their eyes.

The myth was invented by British air force pilots during WWII when they were asked to explain how they were able to find their German targets at night, and they didn’t want to come out and tell the Germans that they’d invented radar.  So they said, “Um… We eat a lot of carrots.”

The Germans were eating carrots for months after that.

So maybe we should start questioning even more of these stories.  For example, we can ask:

Does cold weather cause colds?

No.  In fact, I don’t know why they’re even called colds.  Colds are caused by viruses.

“But then why do they come about when it’s cold?” you ask.

There is a correlation.  Colds in the winter are caused by people staying indoors with each other all the livelong day with the windows closed.  And if we want to get our kids out of the house, we bring them to a school with 5,000 other kids, not one of whom, you’ve noticed, ever covers his mouth when he coughs.

But look around during the summer.  Do you see where the kids are?  They’re outside, standing in a baseball field.  They’re still technically playing with each other, but they’re nowhere near each other.  No one is catching anything.  And here I include baseballs.

Does bathing in tomato juice get rid of skunk smells?

I don’t know.  It seems pretty random.  But who has thirty cans of tomato juice lying around the house?  You’d have to make an emergency trip to the store.  But the good news is that any checkout line you stand on will magically disperse.  (“Can I get ahead of you?  All I have is tomato juice.”)  Sometimes people are surprisingly nice.

But the truth is that it doesn’t get rid of the smell.  If you don’t believe me, try bathing a skunk in tomato juice and see what happens.  All it does is cover up the existing smell.  It’s like if you find a deceased raccoon under your bungalow, and instead of getting rid of it, you spray it with deodorant.  So what actually happens is that by the time you’ve bathed in the tomato juice, your nose has gotten used to the skunk smell, and all you smell is the tomato juice.  But for anyone who suddenly comes into the room, you’re going to smell like a weird combination of both.

“Did you eat at that really bad pizza place?  And then slip on the floor in their kitchen?  And why are you orange?”

What you really need to get rid of skunk smell is baking soda and hydrogen peroxide.  Sleeping outside helps as well, unless the skunk is still around.

You’d think so, right?  Your kid eats birthday cake; he’s bouncing off the walls.  And every time you give him candy, he invents a new game wherein the object is to yell as loud as he can until you yell at him to stop yelling louder than he’s yelling in the first place.  Right?

In fact, scientists have conducted 23 experiments on this very question, probably after consuming a whole truckload of sugar.  They took two groups of kids, fed one group sugar and the other group artificial sweetener, and then they observed them at play.  By the end of the study, they found that every single kid had caught a cold.

No, I’m just kidding, probably.  They found that the kids behaved pretty much exactly the same either way.  This was true for study after study, during which the scientists consumed an unbelievable amount of Advil.  But then they conducted a study in which they told the boys’ mothers that they were giving one group sugar and the other group artificial sweetener, but really they just gave everyone artificial sweetener.  Then they put the kids in a room again, but this time they locked the mothers in with them.  In the end, straight across the board, the mothers who thought their sons had gotten sugar said that their kids acted more hyper.  In other words, certain mothers are just more paranoid.

So yeah, none of those things are true, for the most part.  If you don’t believe me, ask your doctor.  At the very least, I bet you can get him to change his phone number.

You Think Your Job Is Bad?
How I Learned to Love the Multiverse
10 Big Jewish Inventions
A Journey through Jewish Sicily
Comments