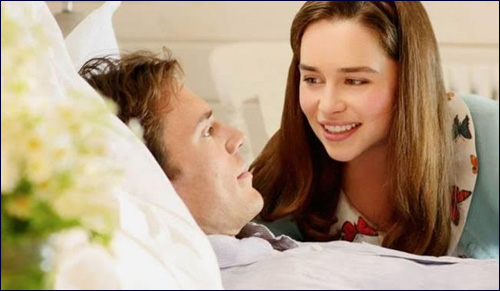 The film distorts the experiences of people with disabilities and goes against Judaism’s value of human life.

The issue of euthanasia, or assisted suicide, is playing out in governments and healthcare systems around the world, as well as through depictions on television and film. The “right to die with dignity” is pitted against the value and sanctity of life. One such movie is the recently released “Me Before You,” based on the best-selling book by Jojo Moyes. It depicts a carefree young man whose life was irrevocably altered when a motorcycle accident rendered him a quadriplegic. Losing the use of his arms and legs, he became reliant on round-the-clock nursing care in order to fulfill his activities of daily living.

The movie, a faithful adaptation of the book, details his descent into depression. Relationships that were previously fulfilling, both romantically and socially, fall apart before his eyes, and he feels that suicide is the only avenue available to him to escape his life of suffering. Although the protagonist meets and grows to care for a woman who returns his affection, [spoiler alert] he ultimately makes the decision that it’s better to end his life than continue living in his diminished state.

Struck by a car, I lost the use of my legs. Suddenly I had to adjust to a very different life.

The pervasive message of this film is that life with a disability is a lesser kind of life, affording fewer enjoyments and less meaning. It’s a message I find abhorrent. I, too, have had my life course altered in the blink of an eye. I’ve had to deal with painful months of recovery and the loss of the use of my legs. I, too, have had to face the prospect of a life ahead of me without many of the enjoyments I used to have, one in which daily tasks are accomplished with considerable difficulty and discomfort.

Without claiming to put myself in anyone else’s position or to understand the mental and physical suffering they have undergone, I still feel compelled to explain why I believe the film distorts the experiences of people with disabilities and goes against Judaism’s value of human life.

Experiences of disability are as varied as human experience itself. The disability advocacy movement has pitted itself strongly against the legalization of assisted suicide due to the very real possibility that it perpetuates stereotypes of life with a disability as not worth living, and the complete dependency of people with disabilities. Assisted suicide legislation, these groups claim, will not provide sufficient safeguards to ensure the autonomy of the decision making process for people with disabilities, and it will provide tacit encouragement to those adjusting to long-term conditions to end their lives “on their own terms.”

Judaism maintains that every single human life is of infinite value, even paraplegics and quadriplegics.

Judaism maintains that every single human life is of infinite value. The Talmud (Sanhedrin 37a) informs us that when you save a life, it is considered as if you have saved an entire world. The potential for growth and holiness in a single life is compared to everyone’s put together. All human beings are created in the image of God, even paraplegics and quadriplegics.

Almost 10 years ago I was struck by a car while rollerblading, causing me to lose the use of my legs to this day. I found myself in the unenviable position of having to adjust to a life very different from the one I was so used to. Along with this adjustment came a fundamental choice, one that I still have to make on an ongoing basis – do I view my challenges as a catalyst for growth, as a chance to seek connection with my Creator and serve Him with everything I have, or will I coast through life running through the “what if” and “if only” scenarios that make their way to the surface during the difficult moments.

Sitting at my dining room table, looking around at pictures of my husband and two children, I know I’ve made the right choice. The commandment to love God with all we have does not only refer to ideal situations. The life and abilities that are given to us by God are precious gifts, but, more than that, they are tools of connection. Being created in the likeness of God means we are worthy of that connection, regardless of societal discourses that suggest otherwise.

The erosion of the value of lives of people living with disabilities and other chronic conditions is not just an attack on Jewish values, but an attack on the value of the full spectrum of human experience. By placing some kinds of lives above others, society may create an irrevocable hierarchy of diseases and abilities, with catastrophic consequences.

Consider, for example, the moral dilemma to be faced by doctors who may find themselves required to counsel patients with regard to assisted suicide. The legalization of this practice may require them to leave behind their overarching goals of helping and healing in order to facilitate the “dignified” death of their patients.

Consider the legal dilemma of determining whether or not a doctor has committed murder in a certain situation. Could it be that the salient detail of a case that determines whether someone is guilty of murder or not is whether the “victim” had a disability? If all lives are equal, then all acts of extinguishing a life are equally immoral.

Jojo Moyes' book and its film adaptation depict the issue of assisted suicide as a personal choice, impacting only the individuals immediately connected to the protagonist, obscuring the larger societal issues involved.

The portrayal of people living with disabilities can be an opportunity to disseminate positive, life-affirming messages, without resorting to tropes or extreme decisions. For me, the most inspiring message is not necessarily the person who overcomes their challenges by “taking on the world” and “surpassing all expectations.” I would have been inspired watching the protagonist of “Me Before You” learn to navigate his new life and strive to accept himself, even if his story is ultimately one of half-victories and frequent disappointments. That shows real courage. A film like that would be a step forward in affirming the value of all lives, in keeping with our mission to give everything we have in this world regardless of our circumstances.

Shauna Walker has been a teacher and volunteer in the Toronto Jewish community over the last eight years, teaching on topics such as Jewish philosophy, Chumash (bible), personal growth, and many others. Shauna is married to Rob Walker, director of Hasbara Fellowships Canada, and they have two daughters, Devorah (4) and Rivka (1). She is currently pursuing her PhD at York University in Toronto.