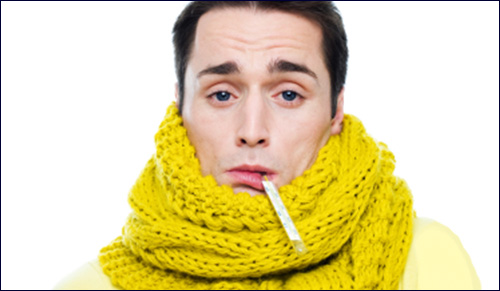 Think you’re a hypochondriac? Come and learn from the master.

I admit it. I am a hypochondriac. And I suspect that I’m some of my co-religionists are too. Believe me, I’ve studied it.

So, for all my readers to whom this rings true, I’ve provided you with a handy-dandy guide to hypochondria.

1. EXPLORE ALL THE POSSIBILITIES OF ANY SYMPTOM & PICK THE WORST

Explore all the possibilities of any symptom and pick the worst.

A stomach ache? Okay, we start. It could be: you ate too much kugel; you ate a leftover with shmutz on it; you stuffed too fast; you’re nervous (who isn’t?); you’re allergic (who isn’t?); you have a virus; you’re a little stopped up. Then again, you could have major acid reflux tearing out your kishkes, or an incurable disease that usually only 90-year-old men in Guangdong, China, get. Start with that one! Think obsessively about when you’ve you been in contact with a Guangdongian, for example, all the chefs at the Chinese Kosher Connection where you ate a month ago.

Call your family and friends and ask them what they know about South Central Chinese diseases. Then go through every symptom and show them a print-out of what you’ve found. Next, show your plumber, people in the elevator, and the lady standing next to you in K-Mart then ask their opinion. Should some idiot say: “Who knows?” or “Why don’t you see a doctor?” Think: “What do they know?!”

4. THE LAST RESORT: SHOULD YOUR SYMPTOMS PERSIST FOR MORE THAN TWO DAYS

OK. Time to call your doctor. First you’ll have to talk to the receptionist. Get her name, then immediately establish an intimate tone by calling her “sweetie,” “darling” or “mamala.” Strike up a warm conversation about say, her name. “Mary! What a fascinating name. It goes with those gorgeous freckles.” If you’ve done anything interesting, tell her. “By the way, Mary … I used to write As the World Turns.” Chances are she’ll say “WOW. My grandmother watched that!” Before hanging up, mention: “I can’t wait to meet you already.” Then … ask the Big Question. “So mamala, do I sound like I’m dying to you?” She’ll think you’re a riot and assure you you’re not.

Dress up to look like you’re not dying. Now that you and Mary are bfs, continue the shtick you started on the phone, asking “Do I LOOK like I’m dying?” If she says: “Well, you’ll have to ask the doctor that” – leave immediately and Unfriend her. If, however, she laughs and says “Of course not,” proceed to the outer-inner Waiting Room. If your blood pressure’s a little high, and she says, “That’s normal in a doctor’s office” proceed to the Inner-Inner Examination Room. When the doctor enters, smile sweetly, give a hug and ask how he/she is. Even though you don’t care, it’s a way of transitioning to: “So, am I dying?” If the answer is: “We’re all dying” run! He’s a yutz. Then demonstrate how strong your heart is, by touching a toe … if you raise a leg … while you’re lying down. Should he order tests, God forbid, tell him to sit. What is he looking for? What does it mean? What’s good vs. bad? And if it’s not good, what’s the cure rate? When you leave, run back again and say: “But … you CAN cure me no matter what, right?”

6. THE TESTS: USING AND EXCUSING

Your next door neighbor wants to borrow your car for two weeks. You’re on a line at the DMV that’s longer than the Amazon. A person you met twice in the elevator asks you to help her move. A third cousin once removed wants you to fly to New Jersey to write the eulogy for her daughter’s late pet hamster. You might as well make a little lemonade out of your ordeal. Adapt the Basic Tone and say: “I’d love to” or “Excuse me, but I’m going … for tests.” If they ask if it’s serious, just sigh and say: “Well … we don’t know yet, but it’s very … stressful.” Okay, it’s not entirely nice. But would you rather give blood or shlep to New Jersey to say the Shema for a rat?

Remember, as with the doctor’s receptionist, you’re here to make friends. First, a friend won’t find something. Second, a friend will tell you what they didn’t find. Technically, the technician isn’t supposed to tell you anything. Feh! Example: You’re having a mammogram. By now, you know the technician’s birthplace, favorite reality show, and her problem getting her boyfriend to commit. Ask: “How long have you been doing this?” with a big smile. If it’s more than a month, say: “You know you probably have as much knowledge as the radiologist!” As she’s doing the test, ask your new friend, “So Angela, darling … see anything interesting yet?” Trust me, if nothing’s wrong, she’ll sing like a bird.

At some point you should get the results. Cholesterol’s a little high. OK, bupkes. I’ll take it and cut down on the Oreos. BP could be lower, but OK, I’ll take the pills. More Vitamin D. Wouldn’t hurt. So, doctor, am I dying from this stomach ache because I may have eaten Chinese food prepared by a Guangdon chef?!”