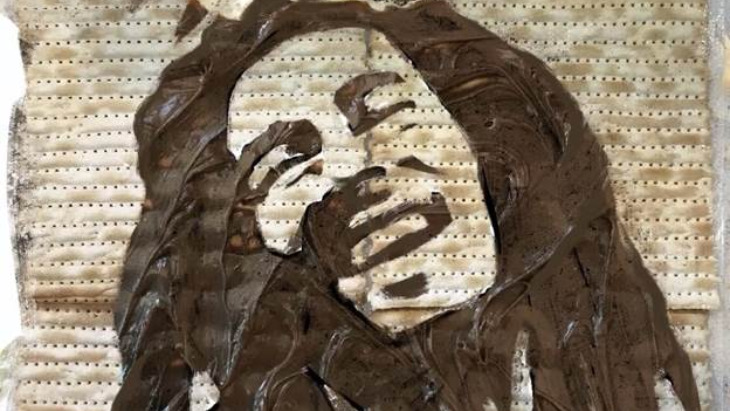 What do Bob Marley and matzah have in common? They both teach us about freedom.

Bob Marley was one of the most unapologetically spiritual artists of his day. He wore it proudly and made it cool to sing about love, God and most importantly for our Passover theme – freedom.

Won't you help to sing
These songs of freedom?

This idea of freedom appears again and again in his work and has been inspiring people around the world for more than 50 years now.

Accompanying himself on guitar, Bob wrote "Redemption Song" in 1979 after he was diagnosed with cancer that would take his life two years later. It was unlike anything he had ever recorded: an acoustic ballad, without any hint of reggae rhythm. Its message and sound were almost more Bob Dylan than Bob Marley.

Biographer Timothy White called it an 'acoustic spiritual' and another biographer, Stephen Davis, pointed out the song was a 'total departure', a deeply personal verse sung to the bright-sounding acoustic strumming of Bob's Ovation Adamas guitar. In 2004, Rolling Stone placed the song at #66 among "The 500 Greatest Songs of All Time."

Mental freedom is the ability to consider many points of view and evaluate them in spite of personal or societal pressure.

There are four kinds of slavery – physical, emotional, mental, and spiritual. Bob says we can free ourselves from mental slavery, but how? Being captive to a state of mind would seem to imply that we can’t shake a way of thinking. Some people are not capable of considering the positions of someone of another political party or can’t stand being exposed to new ideas, arguments, or ideologies that are different from their own. Mental freedom is the ability to consider many points of view and evaluate them in spite of personal or societal pressure. How many of us can claim true freedom of thought? How might it affect our lives if we could do it more often?

The most famous Jewish food – matzah – is known as the “bread of freedom.” It is also called “the bread of affliction”! So which one is it?

Like many things it depends on how you look at it. Matzah is a simple, lowly, and unadorned food – no bells and whistles and no-frills. It is a blank canvas. It satisfies, but it’s not savory. It’s a reminder of what we have, and at the same time, a reminder of how little we once had.

People who are constantly chasing the latest luxuries or the next big thing are not nearly as happy as those who are content with what they already have. And everywhere we look we are bombarded with messages designed to trigger discontent. Advertising is built around convincing us we are missing something that will make us happy and feel important.

Matzah teaches us humility and reminds us that we can be satisfied, and even look forward to something plain and simple. That is the first step to emancipation from mental slavery.

On Passover night, celebrate the redemptive magic of matzo and sing our songs of freedom.

Click here to listen to The Secret Chord Podcast: Freedom, Music and Marley.