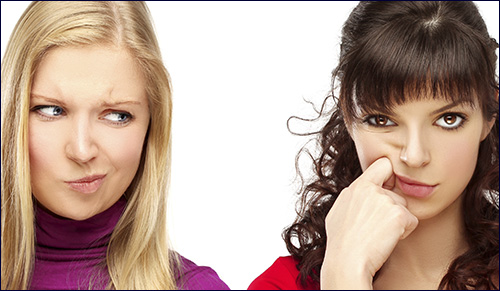 Stay away from people who don’t treat you well.

I'm 19. I was involved in a very unhealthy, enmeshed relationship with my friend from college. She recently got married and even though the months leading up to her wedding were really hard for me (needing to let go and figure out how I would live my life without her), now that she got married I feel alive again. It was a relief for me because there had to be a separation, and her marriage served as an excuse for the lull in our relationship. I suffered the separation while she flew right into a blissful new relationship, but I definitely feel calmer now than when she was in my life.

My question is twofold: 1. Now that she’s been married a couple of weeks, she’s started calling and texting me again. I’m scared to get close again and open up to her, because I’m scared we’ll fall right back into the old patterns; and then I’ll have a hard time living on the roller-coaster of such a tangled friendship. Do you think there’s a way for me to keep the friendship without falling back into the unhealthy patterns? Not only for myself (I don’t need her that much anymore, though I do miss the emotional connection) but more for her—I don’t want to create any conflict on her end. She doesn’t know how unhealthy the relationship was to the extent that I know. She’s married and doesn’t really care how it was; she just wants to have me in her life again.

2. Do you think that having been involved in an unhealthy relationship makes me an unhealthy person? I'm dating and I’m thinking seriously of getting married, and I want to make sure that I'm going to be attracted to a healthy person….

You—and I’m talking to you, dear readers, all of you—deserve to be surrounded by people who love and care about you, who are kind to you and who treat you well.

Of course, if you’re already married to someone who doesn’t treat you well, it’s definitely wise to go to therapy together instead of abruptly abandoning the relationship.

But if it’s “just” a friend who’s making your life crazy and miserable, don’t spend time with them. Don’t be manipulated by people who don’t treat you well.

I’ve been through this with quite a few clients. One was a girl your age who had fallen into a relationship similar to the one you’re describing. The “friend” was manipulative and controlling, and made my client’s life miserable. She wanted my client to be with her all the time, she became jealous if my client talked to other people, she insisted that my client stay up for hours talking to her, and she consistently got angry about things my client did. Do you know what I told my dear client? “Stay away from her. Don’t engage her. Don’t spend time with her, don’t talk to her, don’t do things for her. Just go on with your life and be friends with other people.” It took a long time and a lot of hours of therapy for my client to be able to withstand the manipulations of that girl. Once she finally escaped from her clutches, I worked with her on not going back, and not falling into a similar relationship with someone else.

I have another client who consistently chooses abusive friends/boyfriends/husbands. It’s a problem, and she recognizes the problem—now, after five years of therapy. It took many different ways of my helping her see that she doesn’t deserve to be treated badly, and that she can expect the people around her to be kind, soft, gentle, caring, and loving.

I would encourage you to go to therapy, too, to make sure you don’t choose future friends who treat you badly. And the therapist could also help you make sure not to fall back into a relationship with this young woman who affects you badly.

Let me make this graphic.

Today, I was taking a walk, thinking about your question and how to answer you, when I heard bluejays screaming. I followed their noise, and found about five bluejays high up in a tree, surrounding a huge white hawk, and screeching at him. My first thought was your question, and in my mind, I thought at the bluebirds: “Stop engaging him! He’s bigger, stronger, more vicious than you are! Just get away from him!! Stop screaming at him and run!”

I was terrified that he was going to attack one of them. But after a few moments, he stretched his great white wings and powerfully rose off the branch—with a squirrel clamped in his talons.

Oh, my! Now I really thought of you, clamped in the talons of your manipulative friend, and I felt so bad for you, and so happy that you have “escaped.” I can’t stress enough the importance of your staying away from this “friend.” You’ve come so far—don’t go back! It’s like someone who’s lost weight, and then eats poorly and regains it all. Don’t lose everything you’ve gained! Stay away. Don’t answer her texts or phone calls. Stay away.

But my hawk story gets even more freaky. I had heard somewhere that hawks and eagles fly up high with their prey in their clutches, then drop the creature from that great height in order to kill it, then eat it…. As I continued walking, I noticed the hawk, with the squirrel held tightly in its claws, circling and circling and circling—directly over where I was walking! Then, my dear friend, I really thought of you, as I ran, praying all the while “Dear God, please do not let him drop that squirrel on my head. God, please do not let me be attacked by a dying, dropping, terrified squirrel!” And simultaneously, like I said, I thought of you, terrified and running from manipulative friends dropping on your head.

Q & A for Teens: Exam Anxiety

Life Is So Hard

Should I Turn Off My Phone?

Grandma Coming to Stay
Can You Show Me This "God?"
How to Become Immortal
Judaism and Mental Health
Comments
MOST POPULAR IN Current Issues
Our privacy policy
Aish.com Is Looking for Great Writers