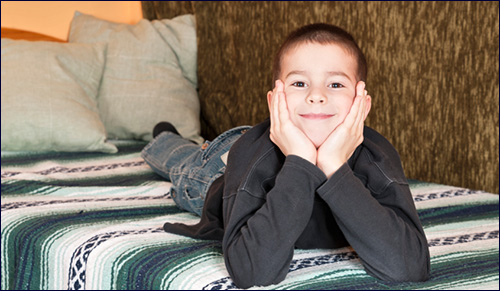 There’s a good reason the army cares about those hospital corners. Judaism does too.

I’ve never served in the army, air force or navy. But I’ve read a lot about the (very) demanding training and the severe discipline involved.

Whether on land, sky or sea, all of the services focus on the importance of a chore our mothers tried desperately to instill in us – making our beds.

Some of my kids ignore the request, some think it means pulling the comforter up over the lumpy sheets, and some actually do as desired. Apparently in the armed services, only the third option is acceptable.

There is a technique to making the beds, to having crisp sheets (a coin should bounce off them?) and perfect corners. And adherence to the specific bed-making rules is strictly enforced. Their mothers would be proud.

But what difference does it make? Do you fight better or tougher is your bed is made just right?

The army must believe so. And the air force. And the navy. And the marines.

In Ethics of Our Fathers (2:1) we are advised to treat minor mitzvot the same way we treat the major ones. The stated reason is that we don’t know which has the greater reward.

We also don’t know the full impact of such an attitude. We don’t know how that sense of self-control and self-discipline will shape our lives.

In Jewish life we do sweat the small stuff. Because in Jewish life the small stuff matters. It all makes us who we are. It’s a reflection of our character if we take the extra time, if we go the extra mile, if we keep trying even when our body is screaming “sleep, sleep” (it actually does sound a little like army training!), if we exercise self-control even when we don’t feel like it, especially when we don’t feel like it.

None of us grew up looking forward to making hospital corners every morning. It means there’s no time to push the snooze button, no extra rolling over. But perhaps hospital corners mean more than we think. It’s that extra attention to detail that makes us who we are.

When the Teacher Calls

Long Live Thank You Notes
Scientific Curiosity and the Divine Encounter
Mind Over Milkshakes
Love the Convert
Comments
MOST POPULAR IN Family
Our privacy policy
Aish.com Is Looking for Great Writers