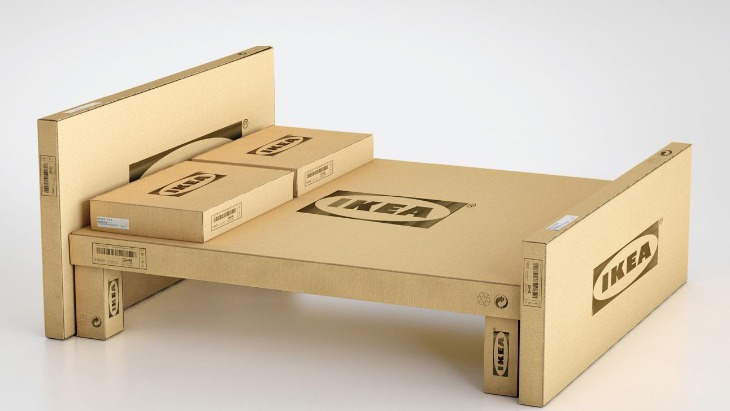 Because the more you put your own personal effort into something, the more you'll love it.

I don’t know what you’re all doing this year, but I imagine it’s slightly more social than last year, and hopefully way less social than next year. Either way, Passover is the holiday that requires the most preparation. Whether you clean meticulously, ceremonially, or not at all, the Passover seder requires prep. You need to buy matzah and wine and set the table and prepare the haggadahs. You need to decide if you’re inviting anyone and if so, whom. You need to prep the salt water and the charoset and the afikoman.

Judaism is very into preparation as a form of personal investment. For instance, the Talmud says, “One who puts in the effort on Friday will eat on Shabbat.” What this means is that you make your bed, you sleep in it. In this world, all we have are our personal choices and our own effort. We really don’t own anything else. So the more we prepare, the more we toil, the more we sweat, the more we own.

In psychology (or maybe pop psychology), this is called “the IKEA effect.” It’s a cognitive bias based on how much you invest in something. Meaning, the more you put your own personal effort into something, the more you will believe in it and love it. Since IKEA furniture needs to be assembled by the owner, you put your own blood, sweat and tears into that furniture and therefore it becomes more valued and precious. In our home this is largely irrelevant since we hire people to put together our IKEA furniture, so we end up loving our handyman very, very much, and our furniture less so. But I digress.

The IKEA effect shows up in every aspect of life, and in our Judaism no less so. The more you invest in relationships, the more they will mean to you. Sometimes it’s your most difficult kid that has your heart, because you’ve spent so much time and effort investing in him or her. The more you invest in your Judaism, the more it will matter to you. Have you spent time, money, and effort on your own Jewish education? On trips to Israel? On Jewish holidays and other traditions?

In the field of Jewish education, the following dilemma arises: is it better to pay college kids and young adults to attend Jewish events and programs, or is it better to have them pay for those privileges and experiences?

On the other side of the argument is the IKEA effect. Have them pay for their experiences, and they own them. They’re invested. Now there’s skin in the game.

Since this is a Talmudic discussion, we’ll conclude that of course both are true. Because the Talmud also says, “A person should always do the right thing [even] for the wrong reasons, because then he will come to do them for the right reasons.” We can and should incentivize others (and ourselves) to do the right thing – as a starter. Then, when they taste it, and see how good and sweet it is, how fulfilling, they will be willing to invest in it and own it. They’ll IKEA it. This, by the way, is exactly why companies offer you a free trial before charging you for their service. They hope you’ll taste it and love it, and be willing to put your skin in it.

So this Passover, buy in. Invest in the holiday. Start preparing. Plan for the traditions, the food, the table setting, the messages you’ll convey. Get your skin in the game. Make it an IKEA Passover for the ages.

The Buried Seder Plate
Lessons from the Book of Jonah
Where Are We? The Body, Brain, Soul Problem
Dr. Sheila Nazarian’s Escape from Iran
Comments
MOST POPULAR IN Israel
Our privacy policy
Aish.com Is Looking for Great Writers