Living in Iran Made me a Lifelong Zionist 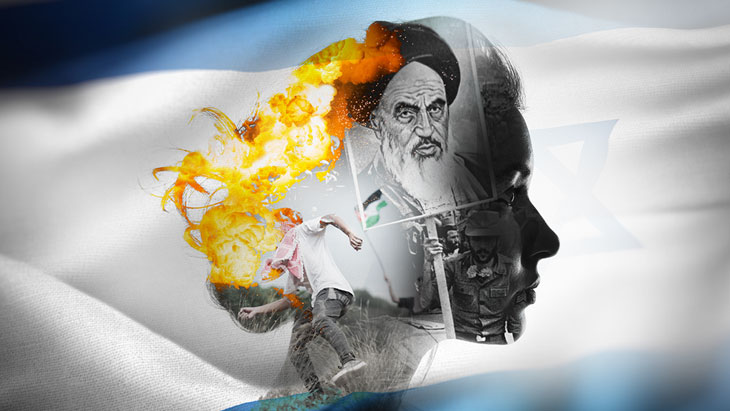 Growing up in a country that tried its hardest to teach me to hate everything about my Judaism and Israel made my resolve even stronger.

Growing up in Iran in the 1980s, I was used to seeing the images of war and fighting. The young, zealous regime had a burning desire to cast their demons on the lives of all Iranian citizens.

Iran was a very dangerous place during 1981-1985; the regime was even more brutal than it is today. In those early days, the revolutionary guard exercised considerably more power than it does today. Their lack of confidence about their power propelled them to know no bounds and to ensure that no crimes, perceived or real, crime, went unpunished. Simply going out in public became an exercise in self-awareness and worry. You suddenly had to be worried about what you wore, who you were with and where you were going. Survival consumed people’s every day actions.

All of your actions were under close scrutiny and possible for punishment. Survival became the focus of many people’s lives, just making it through one more day. A wrong glance at a revolutionary guard could send one to jail, never to be heard from again. Educated, well-read people were a constant target, because nothing is more dangerous than a free-thinking mind.

We learned to keep our Judaism tucked away, close to our hearts and behind closed doors.

Books and magazine were taken away in large numbers and burned. Western ideologies were shunned as the Imams closed the country to the outside world. Jews were especially in danger. Several well-known Jewish figures were executed. Mr. Habib Elgahnian, a philanthropist and Jewish community leader was executed 40 years ago. A dear friend of my family’s, a woman who owned a salon, was taken from her place of business and executed overnight. Her family heard about her death the next morning over the radio.

We learned to keep our Judaism tucked away, close to our hearts and behind closed doors. I knew at the young age what was acceptable and safe to say in public and what would hurt your family in an instant. On the evening news, accounts from the outside world always included images of Palestinian children throwing rocks at Israeli soldiers, and their triumphs were widely celebrated. The children were gallantly dubbed as heroes and praised for their fearless acts of defiance against the tyrant regime that was Israel.

I came to view Israel as a war-stricken country, constant fighting in its street, rampant lawlessness.

The narrative my parents told us was vastly different than the official voice emanating from the newscaster. I grew up seeing each rock as an attack on the very existence of the young Jewish nation, each stone a dagger into the hearts of all Jews across the world. I listened to the voices of the announcer, but only heard the prejudice and the one-sided way in which my beloved Israel was portrayed.

Oddly enough, living in Iran made me a lifelong Zionist. In a country that showed no mercy for anyone who didn’t fit the mold that the imams laid out, I learned to dig through empty words and search for my own truth.

Growing up in a country that tried its hardest to teach me to hate everything about my Judaism and the only Jewish country in the world made my resolve even stronger. I dreamt of the day that I could have the privilege to visit the place that I had only seen on my small television screen, feelings its pain, crying for its hurt.

When I finally landed for the first time in Israel in 1997 for the summer, I crouched on the land of Ben Gurion airport and kissed the ground, with tears in my eyes and joy in my heart. I saw a land filled with beauty and peace, and a people who had transformed a barren desert and filled it with democracy, tolerance and honesty. I saw with my eyes what my parents had told me.

Watching Hamas’ recent barrage of rockets attack Israeli towns, I wonder once again if the world sees the narrative that I hear in my mind’s eye. Seeing Israeli children sleep on the stairs, seeking a hideout from the rain of bombs, is truly heartbreaking. Their trauma will haunt them for years to come.

Terror never brings peace and hate cannot create unity. May we unite our voices in prayer for complete peace in Israel with her neighbors and stop all bloodshed.

Aylin Sedighi-Gabbaizadeh is a writer who is working on her historical-fiction novel about the lives and trials of women and children in old Iran. Her articles have appeared on Kveller.com, The Jerusalem Post and Aish.com

Jews Without Children: A Tu B'Shvat Teaching
Saadiah Gaon, Rashi and Maimonides: How Three Rabbis Revolutionized Judaism
King Sennacherib and the Siege of Lachish
Three Small and Easy Changes to Add Positivity in Your Home
Comments