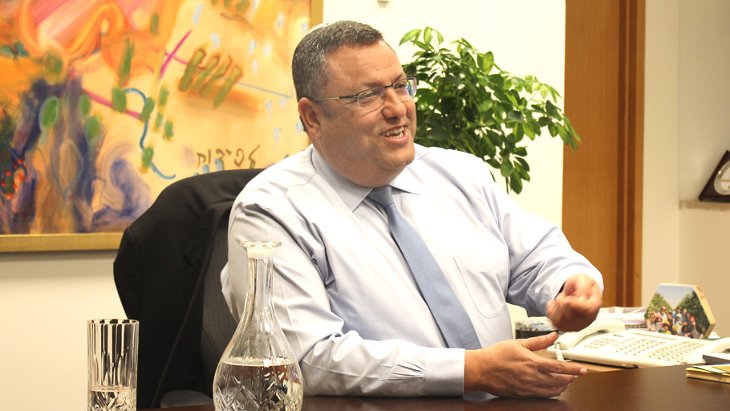 An exclusive Aish.com interview with Moshe Lion, the mayor of Jerusalem.

Ushered into the office of Jerusalem Mayor Moshe Lion, the first thing I notice is a framed photo of former Israeli Prime Minister Menachem Begin. This resonates with Mayor Lion for two reasons: first, Begin’s reputation as a no-nonsense politician known to put the good of the people above his own. Second, it was Begin in the 1970s who “liberated” Israel’s Sephardic population by elevating their status vis-a-vis the dominant Ashkenazi elite.

Moshe Lion (pronounced Lee-OWN) was elected in 2018 as Jerusalem’s first mayor of Sephardic ancestry. A CPA with 25 years of experience in one of Israel’s largest accounting firms, he has served as Director-General of the Prime Minister’s office, chairman of Israel’s Railway Authority, chairman of the Jerusalem Development Authority, and economic advisor to the Prime Minister.

Mayor Lion spoke with Aish.com at length about his first year in office, and the improbably journey that got him here. The following is translated from Hebrew.

Aish.com: Your ancestors hail from Greece, the oldest Jewish community in Europe. How did they wind up in Israel?

Mayor Lion: In 1935 my grandfather made aliyah from Thessaloniki (Salonika, the second-largest city in Greece), along with my father who was an infant at the time. They left a successful business and a comfortable life to come here. The first thing they did upon stepping off the boat was to go to Jerusalem and visit the Western Wall.

Aish.com: At the start of the 20th century, the majority of Salonika’s residents were Jewish. Why did your grandfather leave?

Mayor Lion: He loved the Land of Israel. He said that giving his children and grandchildren a life connected to Jerusalem was worth more than anything. He also sensed that Europe was not a good place to stay. In the end, his entire family – parents, siblings, and 96% of Thessaloniki’s Jews – were murdered in the Holocaust. 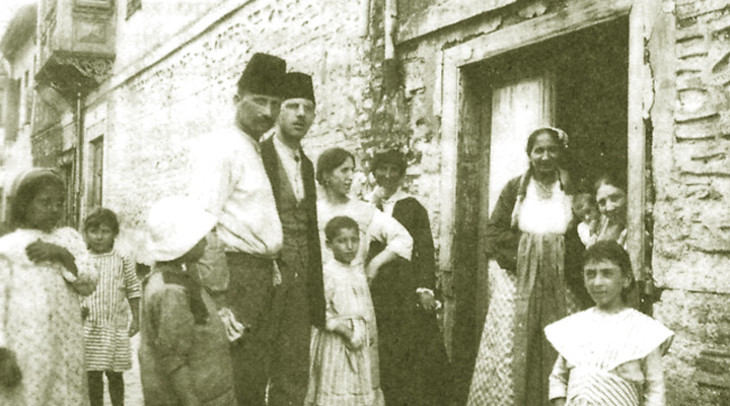 Aish.com: Tell us about your IDF service in the Rabbinical Choir. That is unique background for a mayor of Jerusalem!

Mayor Lion: My singing voice is from my grandfather who was a chazzan. As a child, I would accompany him to synagogue and absorb the melodies. Until today, I serve as chazzan for Shabbat services nearly every week, either at my own synagogue (Yisa Bracha on Jabotinsky Street) or at the many Jerusalem synagogues that I visit.

Aish.com: At 900,000, Jerusalem is Israel's largest city. It is also the most demographically complex – split more or less evenly between Orthodox, secular, and Arab. This makes you mayor of the largest Arab and ultra-Orthodox populations in the country.

Mayor Lion: Jerusalem is a microcosm of the State of Israel with all types of populations. At the end of the day, everyone should feel that the city is just for him. On Rosh Hashana, Jews of all stripes were saying “Tashlich” at the Shiloach Pool, with Arabs mingling all around. In Jerusalem, everyone lives together, and they all feel it is their city.

Aish.com: As the self-proclaimed “mayor for everyone,” you are Torah-observant. Is it important that the mayor of Jerusalem represent Torah values?

Mayor Lion: On one hand, every resident needs to live the way he wants. On the other hand, whoever sits in the mayor’s chair needs to guard Jerusalem as the holy city. Jerusalem observes Shabbat more than other large cities in Israel. I will not permit any increase in public desecration of Shabbat, whether business or public transportation. Yet there is a status quo, and if someone wants to go to a café on Shabbat, there are places to go. 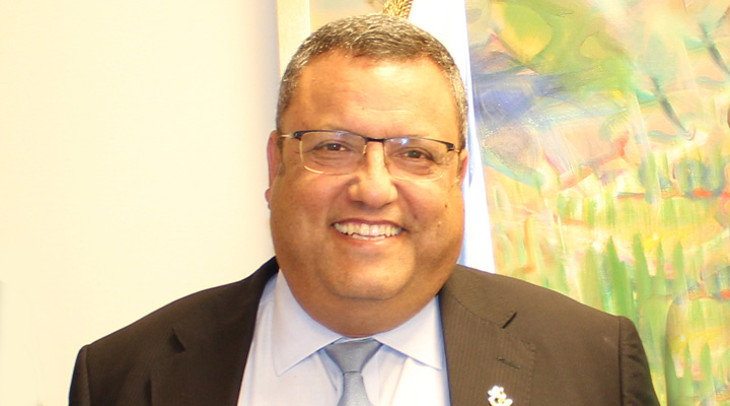 Aish.com: Jerusalem is one of the world's fastest-growing tourist destinations. Foreign tourism to Jerusalem soared 32% in 2017 and an additional 38% in 2018. How does this compare to something like the Eiffel Tower which attracts 7 million tourists annually?

Mayor Lion: A few years ago, Jerusalem was getting 2 million tourists a year, and is now approaching 5 million. We are building thousands of new hotel rooms in the city and I believe we can reach 10 million tourists annually.

Aish.com: In terms of high-tech, Tel Aviv is known globally as a hub of innovation. What about Jerusalem, which has introduced free wireless internet at 10 times the speed of Tel Aviv?

Mayor Lion: The fact that Jerusalem has leading hospitals and Hebrew University means we are attracting more and more high-tech companies. At the entrance to the city we are building 24 towers, between 24 and 40 stories each, covering 1.5 million square meters of space. High-tech is a cornerstone of Jerusalem future. In addition to high-rise construction, we are demolishing existing buildings and replacing them with large buildings. Only massive housing solutions will keep the young generation here. 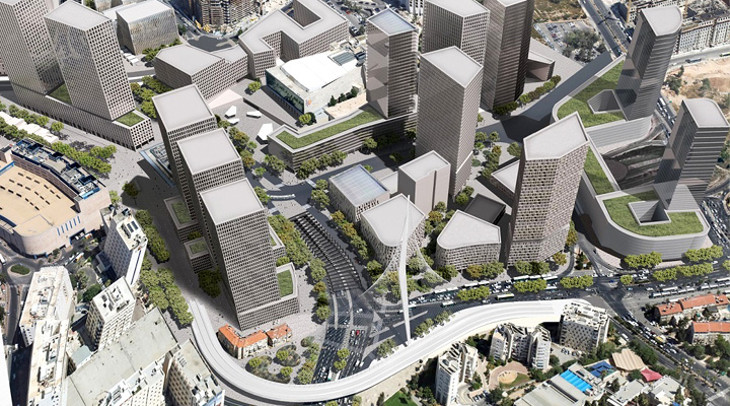 Architectural rendering of proposed high-rise construction at the entrance to Jerusalem.

Aish.com: You kept the sanitation portfolio for yourself. Why is this important?

Mayor Lion: The Talmud teaches that God gave 10 measures of beauty to the world, and nine portions went to Jerusalem. The city’s cleanliness is my responsibility. I’ve set as a priority to clean up the city, to repair sidewalks, and improve garbage collection.

Aish.com: What is your response to those who suggest dividing Jerusalem?

Mayor Lion: Forget about it! Jerusalem will never, ever be divided. First of all, God gave us united Jerusalem forever and ever. Secondly, in practical terms, Jerusalem is impossible to divide. Finally, the Arab residents of Jerusalem do not want to live under the Palestinian Authority; they want to remain part of Israel.

Aish.com: Jerusalem City Hall is situated on the pre-1967 border that divided the city. How are you addressing the Arab population of eastern Jerusalem?

Mayor Lion: To my great distress, 92 percent of the educational system in eastern Jerusalem is under the Palestinian Authority with a curriculum that includes anti-Israel incitement. We want to transfer those services to the Israeli educational system by building new schools under our auspices. Our schools are on a much higher academic level, which attracts parents who want their children to be prepared for opportunities in higher education. This year we opened three new schools, and next year we plan to open another five. My goal is that within five years, 50 percent of Arab students will be under the Israeli educational system.

Aish.com: What is the current security situation in Jerusalem – is it safe?

Mayor Lion: Our security forces do a great job and we are in a period of relative calm. This has great influence not only on tourism, but on the general atmosphere. And I believe that the more we improve the standard of living in Arab areas, the more quiet things will be. 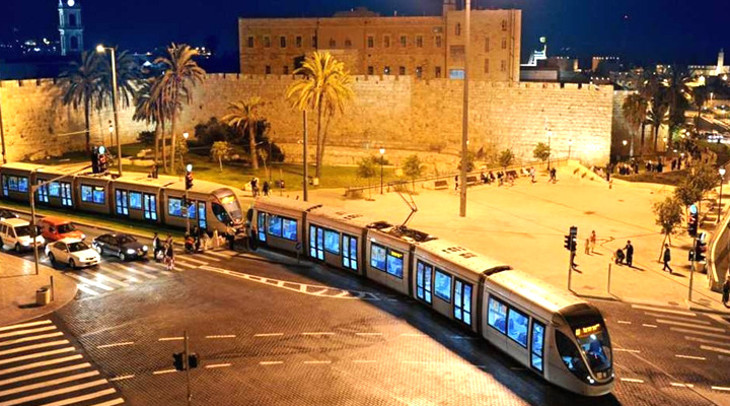 Aish.com: The United States moved its embassy to Jerusalem and others are planning to follow suit. What does this mean for Jerusalem?

Mayor Lion: President Trump’s decision to move the U.S. Embassy was a wise move that gave a lot of power to Jerusalem. I’ve met with American State Department officials and there is talk about making an “Embassy Row” near the entrance to the city. In the meantime, we are doing all we can to provide embassies with proper office space. 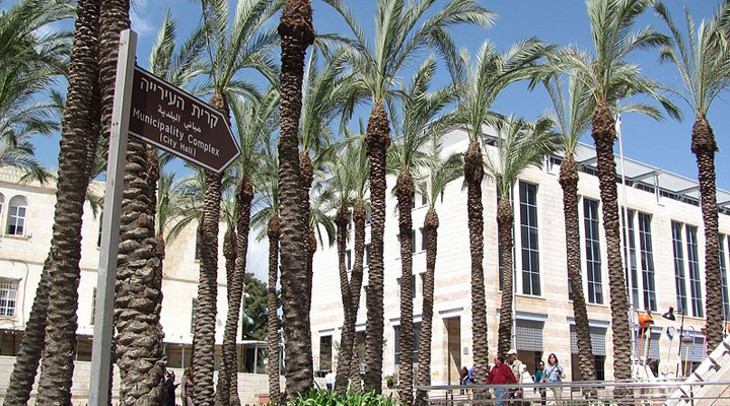 Aish.com: For over 3,000 years, Jerusalem has been the spiritual capital of the world and the capital of the Jewish people. How has your first year as mayor affecting you personally?

Mayor Lion: Jerusalem is truly the center of the world. Every day, when I come to Safra Square and press the elevator button to my office overlooking the Old City walls, I am excited to be here. For centuries, my ancestors dreamed of building Jerusalem. When I spoke at my mayoral inauguration, I told my father: “Imagine if grandfather” – who I am named after – “could see me as Mayor of Jerusalem. Today we are closing a circle.”

5 Reasons Why the Western Wall is Holy

Why Do We Still Mourn