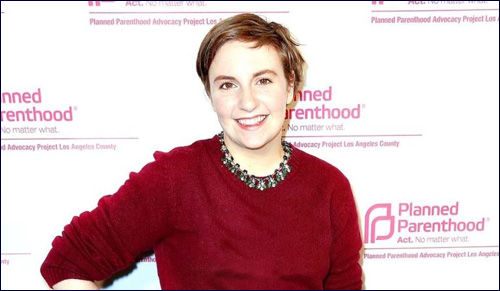 My own personal experience can attest that an abortion is no badge of honor.

I was in the kitchen making dinner when I heard that Girls star and producer Lena Dunham had announced on her podcast, Women of the Hour, that she regretted not having had an abortion. Here’s how she explained it:

“One day, when I was visiting a Planned Parenthood in Texas a few years ago, a young girl walked up to me and asked me if I’d like to be a part of her project in which women share their stories of abortions,” she recalled. “I sort of jumped. ‘I haven’t had an abortion,’ I told her. I wanted to make it really clear to her that as much as I was going out and fighting for other women’s options, I myself had never had an abortion. And I realized then that even I was carrying within myself stigma around this issue. Even I, the woman who cares as much as anybody about a woman’s right to choose, felt it was important that people know I was unblemished in this department. . . Now I can say that I still haven’t had an abortion, but I wish I had.”

My hands began to shake when I heard her chilling comments. This politically outspoken woman has been lauded and feted as intelligent and talented. Yet this time, her unfiltered, foolish words came back to bite her. Reaction online was swift and condemning, and Dunham, to her credit, apologized on Instagram: "My words were spoken from a sort of 'delusional girl' persona I often inhabit, a girl who careens between wisdom and ignorance," Dunham wrote. "And it didn't translate. My only goal is to increase awareness and decrease stigma. I take reproductive choice in America more seriously than I take literally anything else."

The deepest regret in my life sprang from the abortion I had when I was 20 years old and in college.

The problem is that awareness of the sometimes traumatic aftermath of abortion is rarely, if ever, discussed by the mainstream media, but it is real and has affected millions of women. Personally, the deepest regret in my life sprang from the abortion I had when I was 20 years old and in college. The discovery of my pregnancy shocked me, though it should not have, and the implications frightened me. My boyfriend and I had been “careful,” but obviously not careful enough. I felt with every fiber of my being that aborting this baby was wrong, yet I knew I could not continue the pregnancy, that it would cause upheaval in both our families. I was ashamed that I lacked the courage to keep that pregnancy and give up the child for adoption.

I was also shocked when the counselor at the women’s health center I went to for help on how and where to go for the procedure actually congratulated me afterward. She smiled and shook my hand, as if I had done something good. But I hadn’t done anything good. My self-indulgent and irresponsible behavior landed me in this terrible situation.

I was haunted by my action for years afterward, and sought counseling for depression. Walking along the main campus pathway, I stared at the posters held aloft the pro-life group, with images of babies in utero in various stages of gestation: the beating heart at six weeks; the budding ears, sprouting arms and legs, and little fingers at eight weeks. Those posters punished me every day as I walked by, but I felt I deserved to live with that regret, though I didn’t want to suffer the repercussions for the rest of my life. (I bet you anything they don’t allow posters like that on college campuses now. They might upset someone.)

For the last few generations, physical intimacy has been considered another form of recreation, unconnected to any moral or psychological truths. The mainstream media doesn't explore the link between greater anxiety and depression among teens and college students who have casual, meaningless and emotionally deadening hook-ups. Nor the link between multiple cases of sexually transmitted diseases and infertility. The woman’s right to choose apparently trumps the woman’s right to know the risks of easy “intimacy.” Miriam Grossman, M.D., a former university psychiatrist, published her groundbreaking book on this subject, Unprotected, as “Anonymous” at first, due to fears that she would actually lose her job for telling the politically incorrect truth. (And I'm sure Aish.com is going to take a beating for publishing this article.)

Abortion is sometimes a sad but necessary procedure that Jewish law in very specific circumstances condones, and I am not trying to worsen any sense of regret felt by anyone who has had this procedure. But because it is almost never discussed, I want to share my personal experience with young people so that they'll know that they may well feel shame and deep remorse after an abortion, and those feelings are for good reason. Those feelings spring from our core humanity, our innate understanding that life is precious. Be as careful as possible to avoid this risk and this regret.

It took me years to forgive myself for my abortion. When I married after becoming an observant Jew, I prayed that God would grant my husband and me with children of our own. He did. Each child so clearly was born with a soul exclusive to him or her, a mission to achieve things that only he or she can achieve.

Lena Dunham thought she was buying some form of street cred by her thoughtless comments. I am glad that public pressure forced her to acknowledge the callousness of her words. An abortion is no badge of honor.

Bonnie S. is a pseudonym.